Bandai’s Shodo series of Digimon figures will be adding the leader of the Royal Knights, Alphamon in his Ouryuken form, to its roster. Based on his appearance from the Digital Monster X-evolution movie (Digimon X-evolution in the West), check out how the figure of Alphamon Ouryuken looks below: The figure not only features Alphamon Ouryuken, but the base Alphamon as well. You can attach the golden wings and the Ouryuken to Alphamon to make him Alphamon Ouryuken. On top of that, the figure also comes with a replacement hand for Alphamon to perform his signature move, Digitalize of Soul, as well as Divine Sword Grade Alpha. 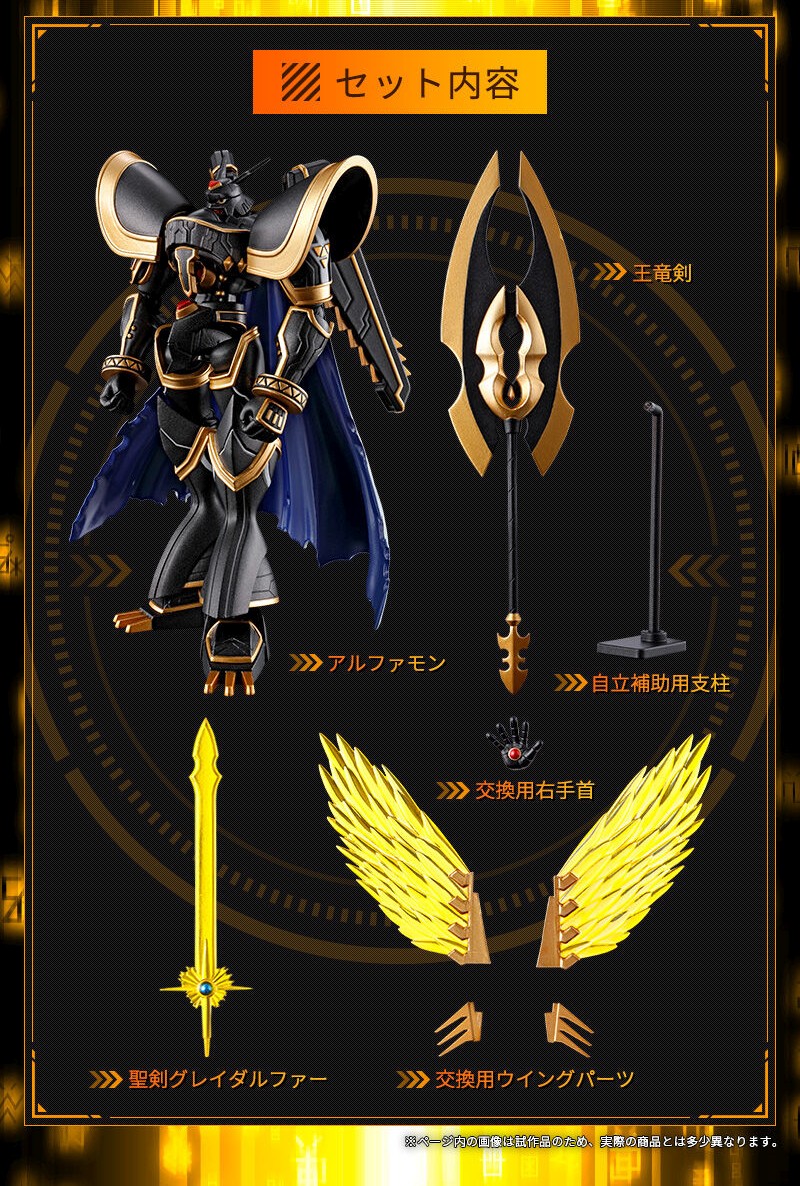 Shodo Alphamon Ouryuken is available for pre-order over on Premium Bandai. It is priced at 3,850 yen, or just around 33.60 USD. The product is expected to ship in June later this year.

While not as well-known as his white-coloured Royal Knight counterpart Omegamon (Omnimon), Alphamon and his Ouryuken form are easily one of the strongest amongst the 13 Royal Knights, who themselves are extremely powerful compared to the majority of Digimon. What makes Alphamon unique is that he’s a natural carrier of the X-Antibody, making him immune to the program that nearly wiped out all Digimon.

For more Digimon-related news, be sure to stay tuned to Digimon Con which will go live next month.