f4samurai announces the launch date for Hortensia Saga R for 1 February in Japan for iOS and Android devices. Pre-registrations remain open, with milestone rewards going up to 200,000. Players will be getting Gold, various supplies, random SR equipment, and gacha tickets. The game has presently gotten over 150,000 pre-registrations. As always, giveaways of Amazon gift cards will be open to Japanese residents through the official Twitter account. 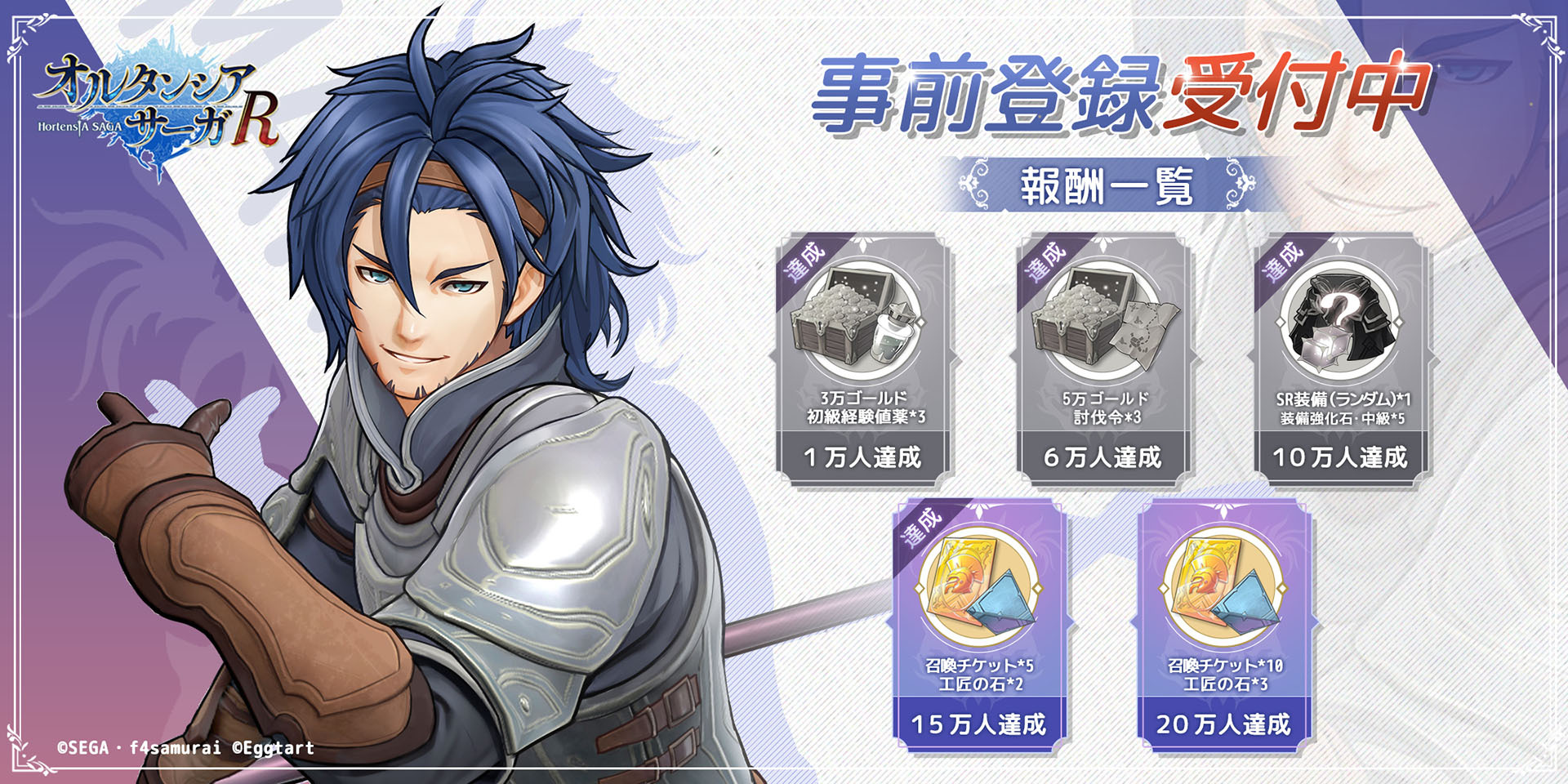 Hortensia Saga R is a full 3D remake of the original Hortensia Saga that launched in 2015. It has a currently running anime series, featuring Yoshimasa Hosoya as the main character Alfred Albert and Yui Horie as Marius Casteledo, actually the disguise of Princess Mariel of Hortensia. You can listen in to both of their comments about their roles in the series on their official Youtube channel shared below:

The original Hortensia Saga will also be running events where you can obtain rewards such as premium gacha tickets. It will also have a special step-up gacha where you will be able to pick a UR and obtain it guaranteed: the first 10-roll will be free with the following steps at 30 and 50 premium currency respectively.

With both games running concurrently, it might be interesting to see if the original would eventually cede to the 3D remake or otherwise. If nothing else, there’s the anime you can look forward to.

Give us some support by subscribing to our Youtube Channel !
Tags: f4samuraiHortensia SagaHortensia Saga RSEGA
ShareTweetShareSend
Previous Post