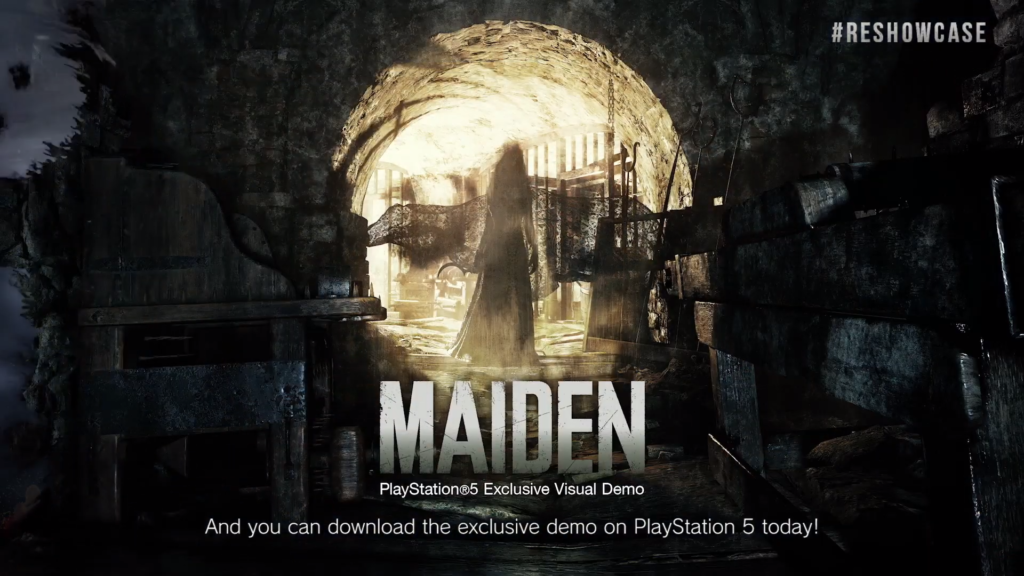 The PS5 exclusive demo is named Maiden. Players play as the titular character as they explore and escape the castle featured in the trailers and videos from Resident Evil Village. Interestingly enough, there will not be any combat featured in the demo. According to producer Peter Fabiano, players will get a real feel for the visuals and audio.

A separate new demo will be available soon on all platforms sometime this spring. The showcase live stream also confirmed that Resident Evil Village will be available for current-gen consoles, on top of PS5, Xbox Series X and Steam. This means that even PS4 and Xbox One owners can also look forward to the upcoming demo.

The release date for Resident Evil is 7th May 2021. In addition, pre-orders for the game are out now. More details regarding the pre-order bonus and other editions of the game will be covered in another article.

As the 8th entry in the Resident Evil franchise, Resident Evil Village is also a direct continuation of the events in Resident Evil 7: Biohazard. To learn more about the game and other topics covered in the showcase, check out Village‘s website.