KonoSuba: Fantastic Days is out and with three different banners to pull from, this tier list will help give an idea of who to pull.

Note that since the game has a pretty sizable roster, we’ll not be going too in-depth into every single unit. We’ll be highlighting some general information about each KonoSuba: Fantastic Days character and justify their placement on the tier list. Also, note that a properly built team of lower tier characters can outperform a badly built team of higher tier characters, so synergy is an important factor.

A final disclaimer before going into the tier list: this is just our recommendation on who to invest in or reroll for in KonoSuba: Fantastic Days based on their stats, abilities and the meta. We, at GamerBraves, firmly believe that waifu > meta, and you should always play as the characters you love the most.

With that out of the way, here’s the tier list:

The absolute undisputed powerhouse of the game.

Melissa has the entire package. From early game to late game and in almost every single Arena team, Melissa is the first choice as a DPS. Practically flawless, she is blessed with a really high attack, agility, a great debuff and element. If you are planning to reroll, you have to reroll for Melissa. She is that good.

Note: Do NOT confuse her with Melissa: Elegance, the summer version of Melissa who is featured on the summer banner. Despite also being 4-stars, the summer variant has less desirable skills and is not as good as Melissa: Treasure Hunter

Extremely powerful units who are the best at their roles.

Iris has the highest base attack stat in the game. Coupled with great skills like her physical attack buff for the party, she is the hardest hitting physically attacker in the game, only losing out to Melissa as she is not as versatile.

The Arch Wizard is the gold standard of magic DPS in the game. She will melt enemies, especially those weak to fire. Also, her Ultimate is the hardest hitting Ultimate in the game. While it does take Megumin out of the fight, when used strategically, she will end the fight outright, or pull out a useful backline unit for synergy purposes.

Chris has one of the best debuffs in the game and can even paralyse enemy teams. Couple that with really high agility, she is a staple in physical teams thanks to the support she provides. Even far in the future in the Japanese version of the game, Chris is still very relevant.

Erika is extremely good in physical teams. In the current summer event, having her in your team makes quick work of the enemy boss thanks to her fire element. She also has a highly desirable physical attack buff for your team. Pair her with Iris and see the enemy disappear before your eyes.

Solid units that will can get you through most of the game’s content just fine.

Dust is similar to Chris in a sense that they are great supports for physical teams, while still offering solid DPS. Chris has a higher impact in fights, but Dust is no slouch himself with his solid debuff.

The Lich is a great water element magic DPS. While she does not hit as hard as Megumin, Wiz makes it up for it thanks to her self sustain. Her weakness is that she suffers in terms of synergy—pairing her with healers will cause her to get damaged by their heals.

A solid magic attacker, Yunyun has a party-wide magic buff and will fit into most magic teams. Her charge times are rather slow, though.

Very similar to Yunyun, the difference being that Arue offers a magic defense debuff instead of a magic buff. Also suffers from slow charge times.

Aqua is a bit of a mixed bag. She’s a healer but isn’t a very good one. At the same time, her Ultimate deals a lot of damage and she is pretty decent with her buffs. Use her if you want to sustain your teammates a little bit more, but do not want to fully commit to a healer and lose out on damage.

Characters who are just okay. 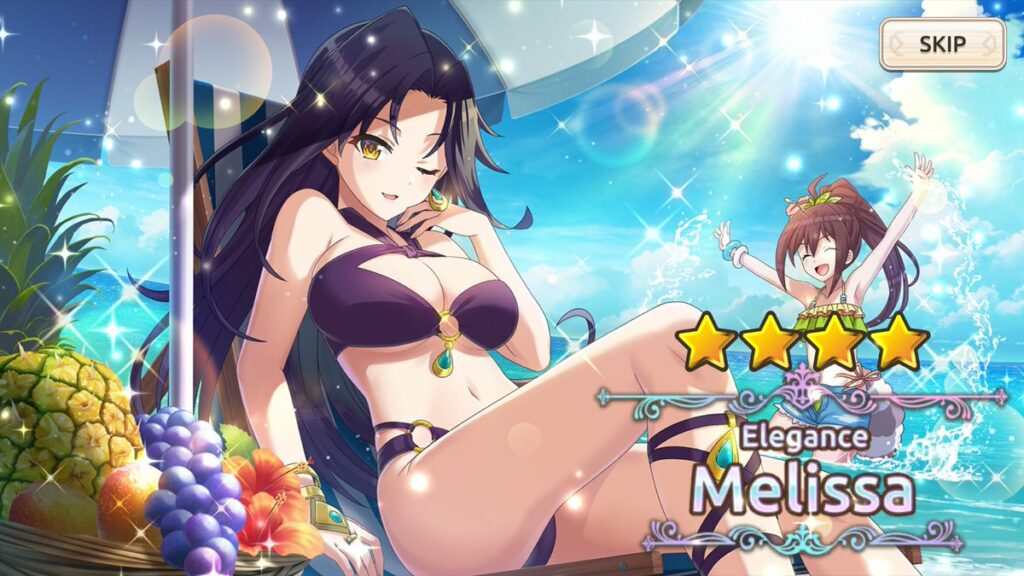 Summer Melissa isn’t a bad unit, actually. It’s just that her skills do not provide as much value compared to the more dedicated buffer/debuffers.

A magic DPS that also loses out to those in the higher tiers. Still a decent unit. Summer Rin offers quite a fair bit of support to magic teams, but beyond that, the unit herself doesn’t offer as much individually.

A healer, but basically worse version of Cielo

A solid unit that suffers from being a tank. Tanks in this game just aren’t as impactful as DPS units.

Another tank. Same issue as Mitsurugi.

Also a tank. Same problem as the previous tanks.

Kazuma’s problem is that he is just good at nothing. He has a high luck stat, but that’s about it.

Whereas Amy can still serve as a serviceable healer, Cecily is barely able to offer anything to the team besides mediocre heals.

A tank that basically has nothing to offer in terms of offense thanks to her abysmal accuracy. Popular candidate for the worst unit in the game.

We hope our tier list will help you in your KonoSuba: Fantastic Days adventure. Have fun playing and we wish you the best of luck in your rolls. You can also check out our beginner guide to help you get started.

KonoSuba: Fantastic Days
Release Date: 2020-02-27
Android, iOS
A Spectacular Anime RPG brimming with fantasy, laughter, and EXPLOSIONS! You have been summoned, brave traveler, to a world threatened by the Devil King's army in the first KonoSuba mobile game ever to be released globally. The journey may be long and perilous, but do not fear! You won't be going empty-handed...joining your party will be all the KonoSuba characters you know and love, along with some fresh new faces.
Tags: KonosubaKonosuba Fantastic DaysNexonSumzap
ShareTweetShareSend
Previous Post