On their 20 December livestream, War of the Visions / WOTV JP side announced the NieR: Automata collaboration! It will run from 23 December to 15 January 2021. You can watch the livestream with at the timestamp below:

2B and 9S will both be available as UR rarity units, and come with their associated Vision Card. 2B will be a Wind elemental unit with Samurai and Pugilist as her sub jobs. 9S will be a Lightning elemental unit, with Nightblade and Viking as his sub jobs.

The WOTV JP and NieR: Automata collab will have a few running campaigns:

The collab bosses will be Adam and Eve. 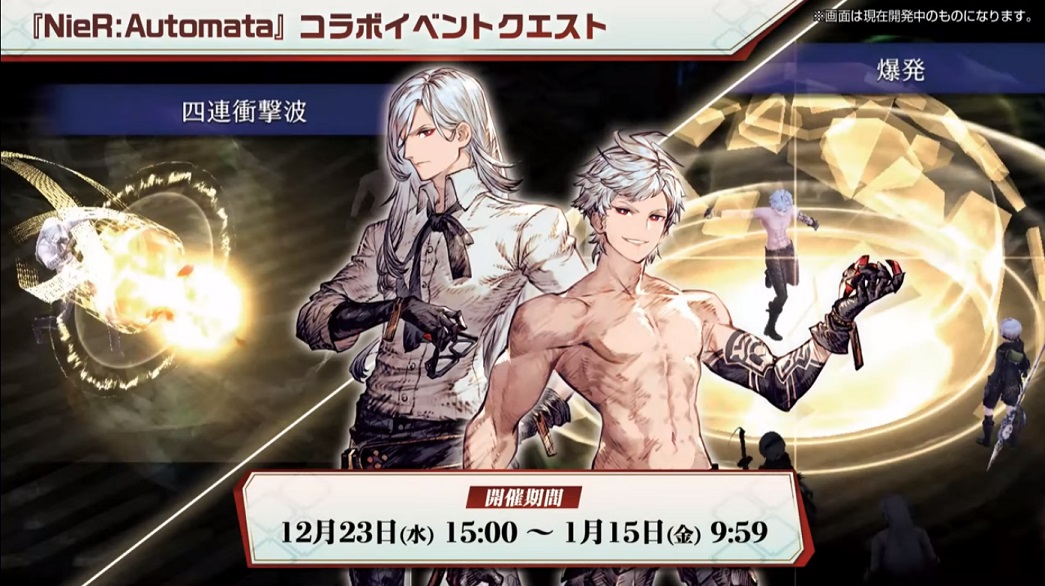 The relevant collaboration missions will reward players with SSR rarity Pod 153, among a variety of materials, that include 2B and 9S shards.

While they announced a 9S guarantee summon, it wasn’t specified if this was a paid banner, nor did they apparently extend the same offer for 2B. Players may be disappointed by the lack of A2, but who knows, she might be included should the collab be rerun at a later time. Global users should also be receiving this collab at some point, so stay tuned and save that Visiore.

Celebrate the year end with this Ubisoft browser game

Celebrate the year end with this Ubisoft browser game