Wielding talent like a blade – interview with the team behind Blood Moon: Genesis

We covered a couple of amazing student projects a while back, one of them being Blood Moon: Genesis! This title from students from UOW Malaysia KDU would readily remind you of the Soulsborne titles, Sekiro, and just a bit of Furi in terms of its gameplay. Dubbing themselves Project: G, the team consists of: 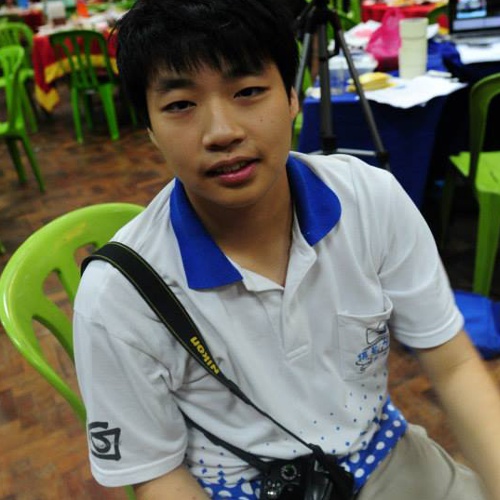 Introducing themselves, the work is divided accordingly:

AJ was not present for the interview. We’ll be referring to all the members by their provided nicknames.

Ace reveals the idea for the game came from him, having already decided when recruiting members while “balancing” the roles. He provides an example of simulator games being too heavy on the design, programming and art side. He believes a boss battle game has a balance between design, art and text, and everyone in the team plays similar games so they already had their foundation to build on. It’s also a personal thing because Ace likes mythology – especially Japanese myths – and its influence can be seen in the demons, and the wolf found in the game. They’d have wanted more “forms”, but it would’ve taken a lot more work so they kept it to 2. Keep in mind they had six months to complete the project.

All of them have different things they found challenging in designing their game:

That sure sounds fine in theory, but they needed to have a schedule if they wanted to complete the project at all. The plan was to set specific things they wanted to do per month, then run public play tests every month or so, talking out the concepts on Discord and everyone provides feedback as instantaneously as they can considering the short time they had. Alvin says Ace was essentially their backbone, getting the team organized to achieve their targets.

Ace being the backbone seems quite obvious when he has so much to talk about the project. The playable character is female for a sleeker silhouette to match the fox motif, and that there weren’t many “Souls-like” that featured a primary female protagonists. You can make one, in both Dark Souls and Bloodborne, but that’s not quite the same, is it? Ace mentions wanting a fast moving character, with a slower boss, though of course if the player’s movements are too fast the boss won’t be able to attack, so the balance had to be struck there. They’re all self-professed fans of Japanese history, stories and myths, with their boss being based on the actual myth of Shuten Doji.

They all have their own motivations regarding their work in “Project G”:

The team as a whole will be looking to get internships, and are unlikely to update Blood Moon: Genesis anytime soon, if ever. The game received much praise, something they hadn’t expected, so they’re at least glad they could achieve that before they get busy with their internship.

Time management has been something they’ve learnt during the 6 months: being disciplined, making schedules, meetings and communicating. There’s also where they need to compromise over various aspects of the game: whether they can or can’t make it due to technical issues. Advice from their mentor and lecturers have also been valuable, with meetings stretching for hours as well, tying in to the time management.

In the future, they’ve all got different ideas on what game they want to make next after Blood Moon: Genesis, from Alvin’s narrative type games a la The Walking Dead, Ace on MMOs or survival type games that are heavily systems focused, Jack considering puzzle games or just genres he hasn’t tried before, Reza also wanting something different like a racing game and Jason looking to FPS games.

Should they get back together, a game with more Malaysian influence/inspirations seems an interesting idea to all of them, Ace even pitching horror based on local stories. Sim also mentions promoting the local culture too. With that in mind, Ace feels the Malaysian government has been doing a pretty good job especially with MDEC supporting indies, and with companies like Larian Studios, Sony, opening up offices here, he says it’s “really cool and they actually recognize our skills”.

For you would-be game dev students, your seniors here have some tips they can share with you. It boils down to several basic ideas:

To close off, Sim has more wise words: get more involved in a team when you’re in game dev, and you’d learn how to work with people. The team would like to thank their lecturers, friends, families, players and supporters who have enjoyed their game, those who have promoted their title and of course, each other for making the game together.

We’d be looking forward to see where this team goes in the future! We do already have several Malaysian studios who have been making waves internationally, from Kaigan to Kurechii, Magnus Games and METRONOMIK, all having released or are releasing games that have caught the attention of many. That’s not forgetting the Malaysians who have worked on high profile games, if not necessarily fully local releases, and raising the next generation of developers would only make the scene richer.

While the physical LEVEL UP KL event has been postponed for the year, so long MDEC can continue to extend their support to local game development even during the off season, we can surely look forward to more projects in the coming future, and we’ll see who will be the next talent to take the world by storm, shall we?

Give us some support by subscribing to our Youtube Channel !
Tags: Blood Moon: GenesisProject GUOW Malaysia KDU
Previous Post