For the first time ever in Uma Musume, we are having a rerun of previously-released characters, namely Seiun Sky and Narita Brian, in a banner that will run until 29 July 2022.  Let us start off by refreshing our memory with the initial impression for Seiun Sky: 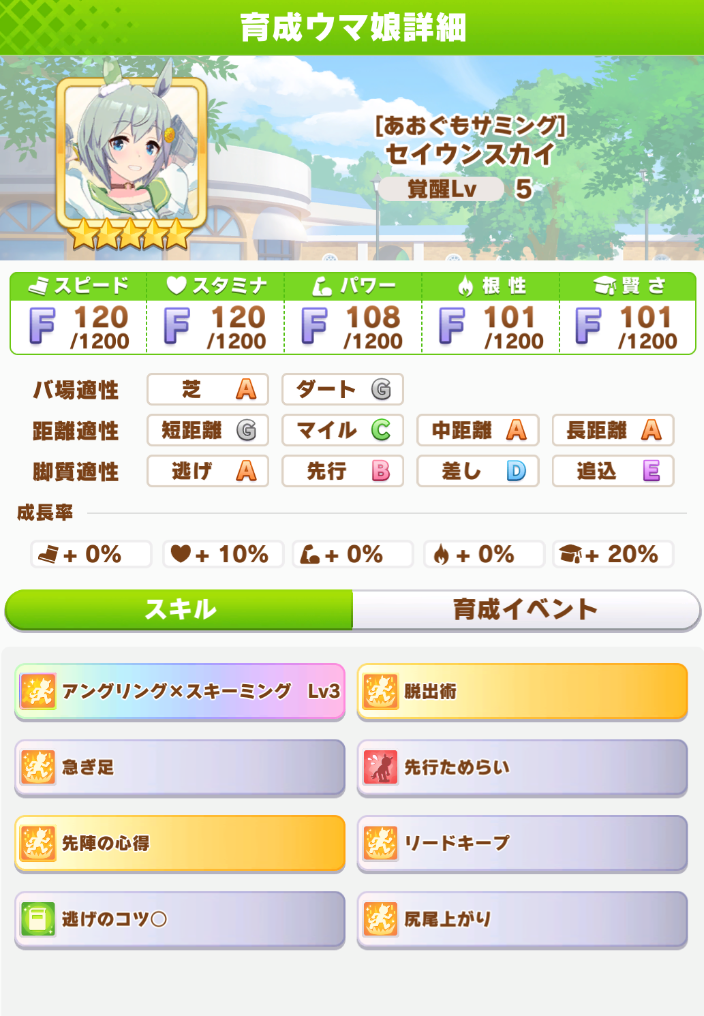 It wasn’t too long ago since we had a runner, considering that one could prep Smart Falcon for the longer distances, so how does Seiun Sky stack up? The 20% wisdom bonus is rather suspect for a character who would want it for either speed or stamina. In this instance, Seiun Sky only gets that bonus in stamina, so this is not a complete loss. As for her skillset, the combination of Vanguard’s Wisdom and Escape Artist is very helpful in letting Seiun Sky maintain her lead and keep it, while Runner’s Tricks is always a welcome addition. Carrying over from her support card, Seiun Sky will also have the Faltering Leaders debuff, although that is probably not a recommended skill to pick up unless you can get it heavily discounted and have nothing else to learn. Seeing as how that you will be forced essentially to run Super Creek as a support for Seiun Sky for the heal anyway, you may very likely end up getting it on the cheap.

Although there have been several new runners added since, Seiun Sky is still a very reliable horse girl to have if you are competitive, as she still has one of the better unique character skills available. So if you don’t have her already, you may want to get her. Just at a first glance of her distance preference, we have one of the more versatile horse girl yet, and she will be able to deal with just about every type of race with the exception of dirt and short, but even then those are nothing some inheritance factors cannot resolve. Furthermore, Narita Brian’s neutral skillset means that you are able run her efficiently as either a betweener or chaser. With that in mind, that 20% natural gain in stamina means that she is best suited to run in the longer distances, though it also means you can pretty much neglect it in mile and below, while getting just enough to meet the minimum requirements. In summary, Narita Brian is a great addition to the stable if you have the resources to spare.

Still a fairly strong overall character, Narita Brian hasn’t seen any real action in Champions Meetings, but if you just want a solid performer for PVP, she is definitely worth considering still.