Japanese developers enish has just announced that their mobile game title The Quintessential Quintuplets: The Quintuplets Can’t Divide the Puzzle Into Five Equal Parts is officially available for both Android and iOS devices. Quintessential Quintuplets is a series where the story follows the daily life of a high school student named Futaro Uesugi who is hired as a private tutor for a group of quintuplets who preform poorly academically. At the very beginning of the story, it is indicated Futaro will marry with one of the Nakano quintuplets but the identity of the bride is unknown until near the end of the story. 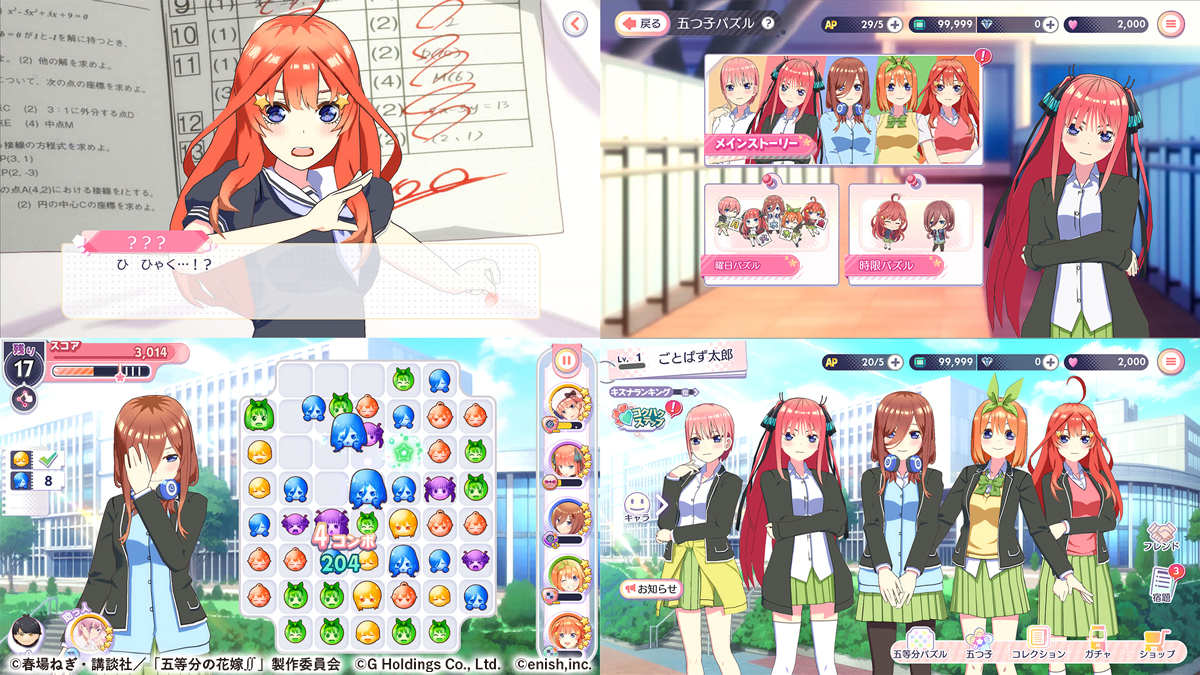 It is an adventure puzzle-solving game, which allows players to strengthen bondings with the five heroines, Ichika, Nino, Miku, Yotsuba, and Itsuki. Players will play as the series protagonist, Futaro Uesugi and enjoy the game’s original stories and newly recorded voices. 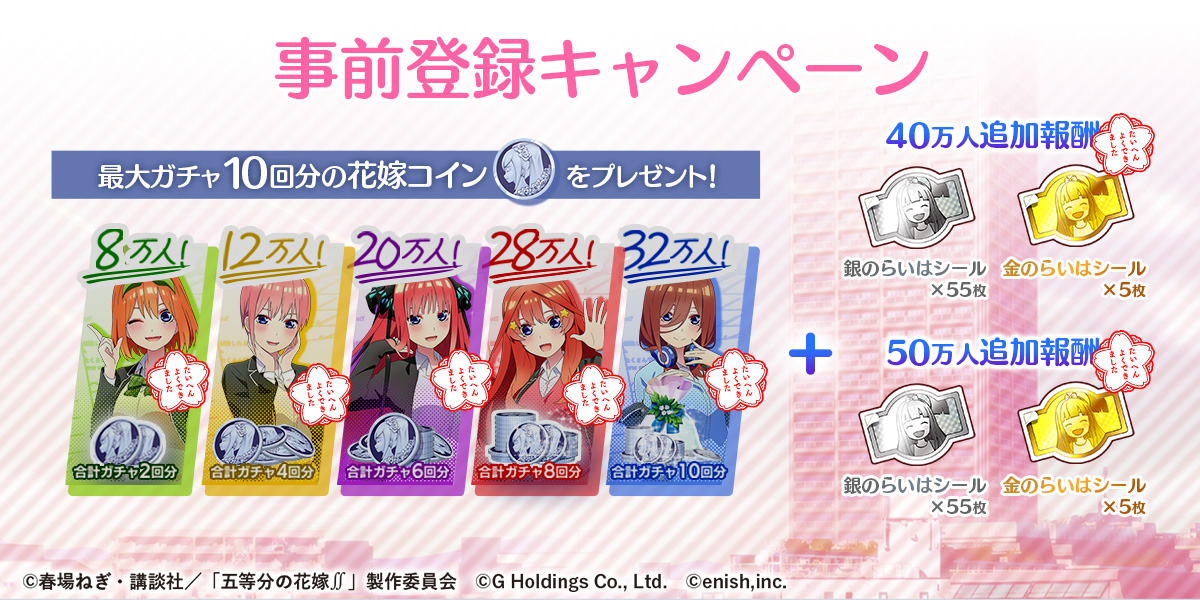 To celebrate the game launch and its pre-registration reaching 500,000, all players will be able to obtain 555 various nurturing materials and coins for 10 times gacha as rewards.