Soul Tide has been out for over a day and after exploring this dungeon anime waifu RPG a bit, here are my first impressions.

Soul Tide puts players in the shoes of an Evoker, someone who can summon literal waifus from different worlds as both combatants and companions. The game takes place in a fantasy setting in a place called Continent Crescent (not Crescent Continent, mind you). For the most part, while you’re not busy spending time bonding with your Dolls (the waifus), you’ll be exploring the Graveland, picking up treasure and picking fights.

While the plot is kinda generic, I do appreciate the game’s emphasis on the waifus. Unlike many other gacha games, the game panders to my degeneracy more than others. Heck, the loading screen outright tells you that you can date the Dolls!

The benefit of having waifus isekai-ed from different worlds and universes makes it so that there is likely a waifu for everyone! Every Doll has live 2d art and looks distinct from another. While I don’t have much to complain about the art for the girls, the male NPCs who appear in the game look a lot flatter in comparison and just doesn’t stand out.

While exploring dungeons, the game uses chibi art for the characters similar to what you’ll see in Azur Lane, which is fine. What I truly dislike about the game’s presentation is its UI. The game’s font looks like the first thing that appears on Microsoft word. Couple that with a bland, semi-opaque black box for many of the game’s text, and Soul Tide just feels very unpolished.

The core of Soul Tide‘s gameplay is exploration on a map with branching paths similar to many roguelike games. Unlike typical roguelikes however, there is no permadeath and backtracking on each map is pretty standard business. You move your party (represented by a chibi character) across various tiles, which can include encounters such as fights, traps, loot and many more.

Some stages have a slight puzzle-solving element involved. While not difficult, it does give the game a more refreshing vibe compared to other gacha RPGs.

As for the combat itself, it is a rather basic turn-based JRPG style of battle, where characters and enemies take turns to attack and use skills. Soul Tide‘s battle system reminds me a lot of Revived Witch, but with the added benefit of having 5 party members instead of 3. This opens much greater freedom in terms of teambuilding and actually encourages players to try other characters.

Besides the exploration and combat, there is also a dorm feature where your Dolls will hang out at in their chibi forms as you collect resources over time.

What surprised me the most in Soul Tide is that there is no rarity to the characters. The only other gacha game I’ve played that also does this is SINoALICE. Similar to that game, characters in Soul Tide do not have that big of a gap in terms of power. There are still weaker and stronger characters, but Soul Tide doesn’t punish players the same way many other gacha games make it impossible to progress if you’re only using low rarity units.

While I expressed praise for the characters and their art earlier in my first impressions, I can’t say the same for the gacha system of Soul Tide. What I find very annoying is that this game features a shard gacha system. Instead of pulling for just the characters in other gacha games, Soul Tide makes it so that their shards may appear instead, which really sucks the enjoyment out of pulling.

Besides Shards and Dolls, other things that may pop up in your pulls are Items and Verves. Items are pretty self-explanatory. Verves, on the other hand, are basically cards that you can equip on characters for stat boosts and other effects. Verves have rarities attached to them, which are N, R, SR and SSR.

Another especially egregious part about the gacha is that Blessing of Shera, the game’s pity system, guarantees both Dolls and SSR Verves. To many gacha gamers such as myself who only care about the waifus, this feels like a slap to the face.

Furthermore, another thing I really dislike is the inconsistency when it comes to the gacha rates. All 5 of the game’s banners right now have different rates! Have a look below:

Note for Starry Ocean and Astral Evoke, the game cannot even fit the full names of the Verves, which just screams low effort.

Unfortunately, I have to admit that I outright hate the game’s gacha system. Shards, inconsistent rates and a pity system that doesn’t guarantee a character combine to make Soul Tide one of the most unappealing games to gacha.

Note that this is not an in-depth review, merely my first impressions trying out Soul Tide. Sure, the game may get updated and improve, but the gacha system is so fundamentally flawed that I cannot recommend this game to gacha gamers. Gameplay-wise, it’s promising, but those who love collecting characters should stay away from Soul Tide.

For those who don’t mind the gacha and want to try out the game, check out our Soul Tide reroll tier list. 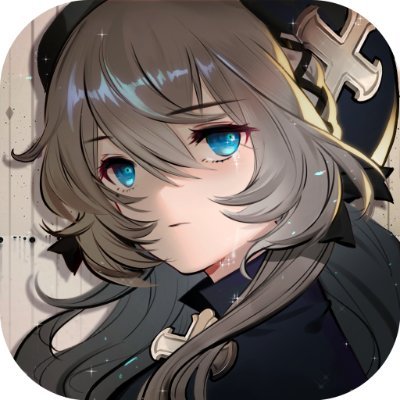 Monster Hunter Riders Will Be Discontinued This June