Sonic Origins has recently been released giving fans a more accessible way to play the original Genesis Sonic game and to celebrate, Sega has released an internal interview with the game’s director Katsuyuki Shigihara.

Shigihara has previously worked on Sonic games like Sonic Colours and Sonic Generations giving him a lot of experience with the franchise. In the interview, he speaks more about the development of Sonic Origins and how he hopes the game will introduce younger fans to classic Sonic.

What made you decide to remake the origins of the Sonic franchise? Shigihara: The Sonic the Hedgehog movie series was a big hit and seen by a wide audience. I wanted to give people an opportunity to play through the classics and get familiar with the story and gameplay of the original titles. I hope that many newcomers to the franchise will enjoy the games and continue playing Sonic in the future.

There were some difficulties during the development process. One example would be the islands in the Main Menu screen. If we used modern technology and made the islands look too realistic, it would ruin the retro aesthetic of the games. At the same time, however, we didn’t want to make the visuals look poor. It was very difficult to balance.

Also, digging up the valuable materials from Sega’s warehouse that we later added to the Museum was really fun. There’s a lot of content that is being released for the first time, so you should definitely check it out! 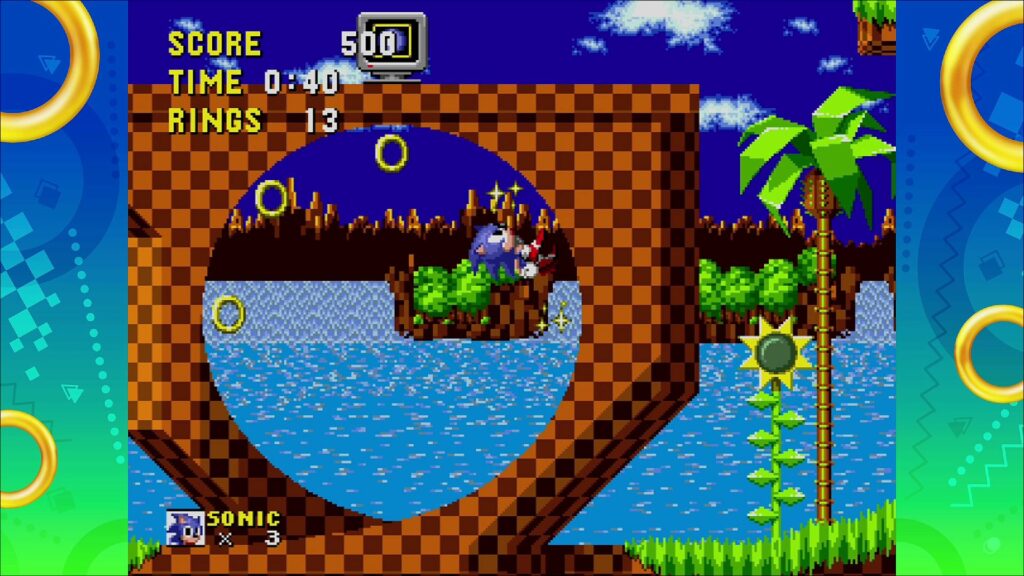 Shigihara: Given the limitations of the hardware, I think the techniques they created to implement their ideas are truly amazing. The development process must have been difficult, but you can tell that the developers really pushed the limits of the game. Given how much love the game still receives 30 years after its release, I think that all developers should follow that approach of challenging one’s limitations.

The new animation for each title is a great addition to the game, could you tell us more about these? Shigihara: We used animation to express the story in a straightforward way without disrupting the feel of the original games. We hope everyone enjoys these special cutscenes!

Also, the animation for Sonic CD has been remastered to 4K. So you can watch these 4K cutscenes on compatible platforms like PS5, Xbox Series X, Steam, and Epic Games. The animation will still be an upgraded Full HD on devices that don’t support 4K.

Can you explain the chronological order of the Sonic titles? Does Sonic CD take place between Sonic 1 and Sonic 2? Shigihara: The chronological order is Sonic the Hedgehog, Sonic CD, Sonic the Hedgehog 2, and then Sonic 3 & Knuckles. Story Mode connects all of these titles into one cohesive experience, so you can enjoy the story while playing through the games.

There’s also a manual from the development period that can be viewed in the Museum. The story is written on it, so I think it would be a neat thing to check out before you start playing!

For newcomers to 2D Sonic games, are there any parts that you would like them to pay attention to? Shigihara: I would really like them to try out Anniversary Mode. The difficulty of the Sonic titles from 31 years ago remains the same, but with supportive features like having no game-overs, anybody can clear the stages as long as they keep trying. Once you get used to the game, you should definitely challenge yourself and try to get a top score in World Ranking!

If you had to describe the charm of the Sonic franchise in one word, what would it be? Shigihara: There are a lot of words that come to mind, but I think Sonic’s “coolness” is what I would go with. He’s a fantastic character that has been loved by many for decades, and he’s broken out of the sphere of game media into more conventional markets like animation and movies. As a result, more people have come to know and love the super Sonic The Hedgehog in recent years.

To end things, do you have anything you would like to say to the fans? Shigihara: Sonic Origins is a collection that allows players to become familiar with the origins of the Sonic series, and the addition of beginner-friendly features makes it accessible to all. It’s a content-packed title that is great for longtime fans and newcomers to the franchise. We hope that you enjoy playing Sonic Origins! It’s always great to hear more from Mr. Katsuyuki Shigihara about how the Sonic Origins collection came to be in this interview.

With video game preservation becoming such an important topic in recent years, it’s good to see developers attempting to not only bring their games to modern consoles but also make them as accessible as possible.