Slime ISEKAI Memories Earth banner + Octagram Guy overview – should you get them?

That Time I Got Reincarnated as a Slime ISEKAI Memories has added a new earth-element banner and Octagram Guy to the game. We’ll be looking at the new Benimaru, Hakurou and Guy to see if they’re worth the Magicrystals or Octagram Emblems. 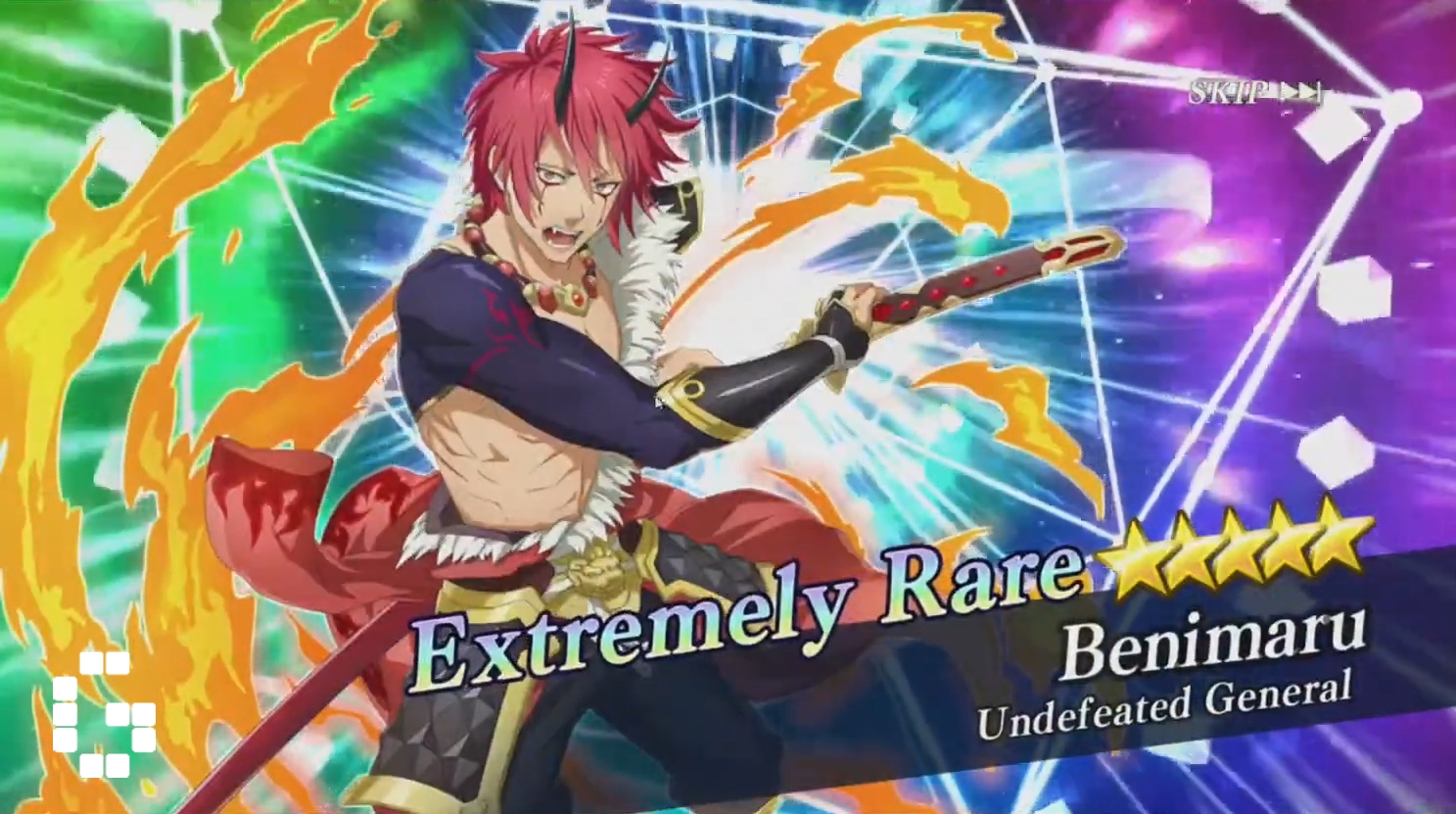 [Undefeated General] Benimaru has joined Veldora and Guy in becoming shirtless. This earth-element physical damage dealer unfortunately suffers from having a multi-target Secret Skill. Stat-wise, he naturally has high ATK.

His 1st skill takes another random character’s 2x Soul Cards and exchanges them for his 2x of own while also decreasing all enemies’ earth resistance by 10% (15%) for 1 turn. This skill costs 35 (25) skill points.

Earth Benimaru overall fits a rather specific niche. At 15 skill points, his buff can easily fit in alongside another expensive (55 cost) skill and a cheap (25 or 15 cost) skill. For example, you can swap him into a team of Space Milim and Fire Milim, use all of their buffs together, then let the two Milims (or swap Earth Beni out in the same turn for a single-target Secret Skill unit) use their Secret Skills for insane damage.

The downside is of course his element. The only Earth element unit that has a single-target Secret Skill is Treyni, who does not have high ATK. Hopefully, we’ll get hard-hitting, earth element units in April for [Undefeated General] Benimaru to shine more. Of course, we also have [The Beginning] Guy who is available via Octagram Bazaar. This fire-element magical attacker has dethroned Space Milim for having the highest ATK in the game. Unfortunately, his Secret Skill is multi-target, making it rather worthless.

His second skill is absolutely game-changing. It is an 80% (100%) chance to stun an enemy for 1 turn, but only costs 35 (25) skill points! Being able to guarantee a stun opens up new strategies and makes many battles (especially Conquest) a lot easier. Even outside of Conquest, a well-timed Stun can easily mean the difference between victory and defeat.

While he may not be packing the power of Space Milim, Octagram Guy’s versatility is unparalleled. He is a must-have for any player.

Black Desert SEA: Mountain of Eternal Winter Impressions – I know nothing except that I must kill

Black Desert SEA: Mountain of Eternal Winter Impressions - I know nothing except that I must kill