The Beast of End Times Arrives in Figure Form

Another day, another Godzilla figure ready to rampage through Tokyo, the S.H.MonsterArts Godzilla Ultima figure towers over all those that stand in its radioactive path. Shall we unleash this monster from his cardboard slumber?

This Godzilla design is based on his appearance in the 2021 anime Godzilla: Singular point, an anime that suggests that Godzilla is so incomprehensibly powerful and terrifying that he is actually destroying the laws of physics by simply existing in our reality. Obviously, the figure isn’t quite that big, but can it replicate that feeling of raw eldritch ferocity? Let’s find out. The box doesn’t have a window to view the figure but the roaring visual art on the front more than makes up for it. You can practically hear Goji as he’s surrounded by blood-red mist and the eldritch horror known as math (and considering the complex scientific theory used in the anime, it’s very fitting).

Godzilla stands at 16.5cm tall while his tail is a staggering 44cm. The texture of his scaly hyde is smooth and well detailed. The more hunched-over design, with the sweeping tail and thicc legs, gives him a more animalistic design. It’s fitting as this series once again has Godzilla play the antagonist that our underprepared human heroes must somehow vanquish before it’s too late. 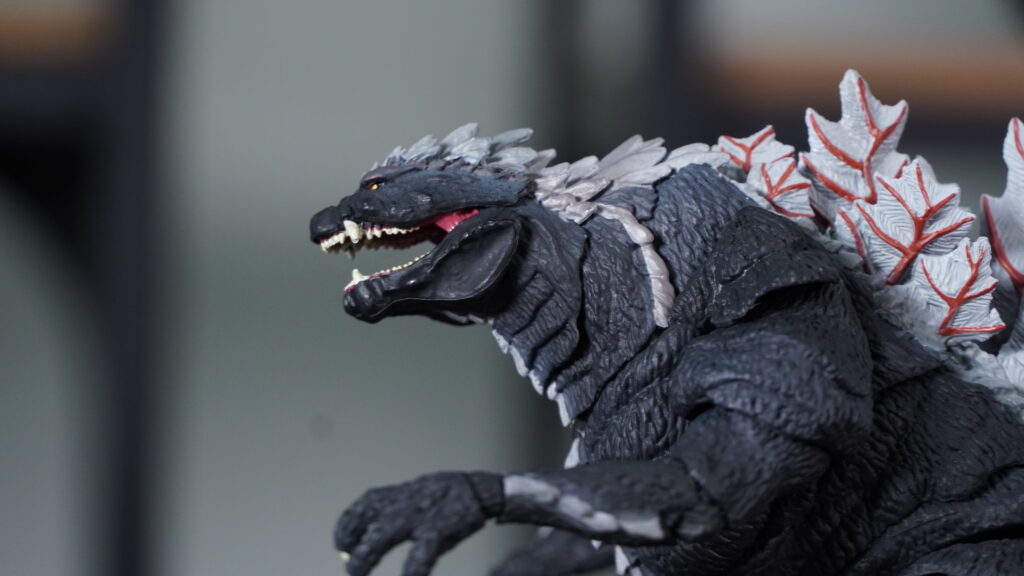 Godzilla Ultima also comes with an alternate head, giving him an unhinged jaw, adding to the monster’s feral serpentine appearance. The sculpt of the inside of Godzilla’s mouth is well detailed, you can even see holes where his atomic breath would fire out. 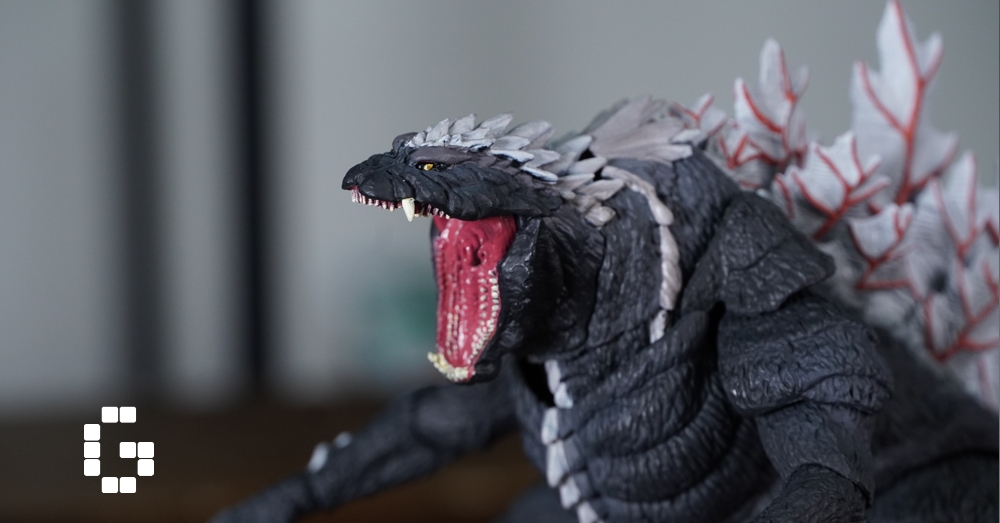 The figure also comes with two small mini-figures of the Godzilla Singular Point version of Jet Jaguar. The figures are pretty small and not colored but they are size accurate to Godzilla, just to give a greater indication of how big The King is supposed to be. And remember, Jet Jaguar is fairly big himself. A human should be able to fit in his chest to pilot him and yet, the robot still only reaches up to around the height of one of Godzilla’s toes.

I wasn’t sure how well the Godzilla Singular Point version of the King of the Monsters would translate to a physical figure given the more exaggerated features of the animated monster. Thankfully, the S.H.MonsterArts Godzilla Ultima figure manages to pull it off. The figure brings to life an imposing and intimidating beast that can proudly stand alongside the various other incarnations of Godzilla on your shelf.