Level Up KL 2022 is in full swing, with a wide buffet of talks across topics for attendees. Mufizal Mokhtar, General Manager of Virtuos Kuala Lumpur, through his talk “Why Game Devs Matter for Our Digital Future”, provides his insight into the 20 over years he’s had in the games industry.

He paints a picture of a future where information is available everywhere. You might not even have to think that far in advance, when you can create this possibility within video games. “Video games are an amazing medium,” he says. “When you create video games, you study real life, physical things, and human behaviour.” But who are the people making these games? While you could understand the scope of a video game developer, you might not be getting the full idea of how the games are made. To start, let’s imagine your “dream team” of game developers. This core team will then begin the process of development by having a shared vision. 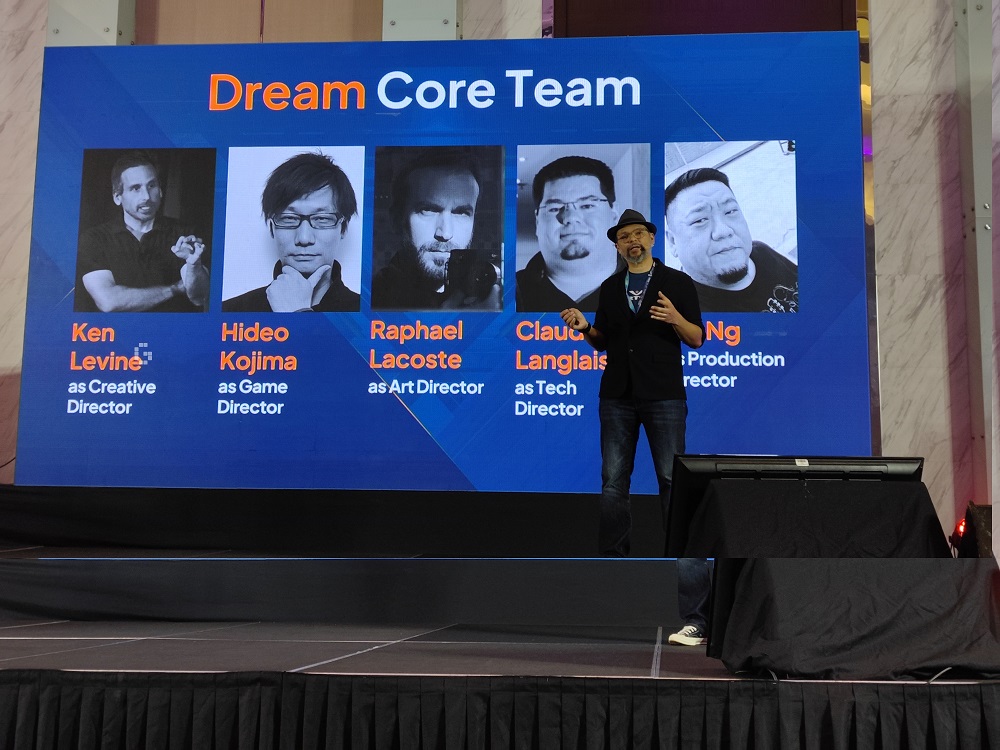 Team members will be getting to work in their respective roles:

Reiterating on how games are akin to studying the world, Mufizal talks about how he’s worked with many different people, from historians to data scientists. Utilizing this pool of talent and knowledge is how game devs can create realistic, or simply good looking digital worlds. The advancement of technology has changed how games can be made, and conversely, devs have even more ways to capture the “essentials” to create their work.

“As game devs study the world, they can enrich both the physical and digital space.”

While not something “new” per se, it was initially hard to bring it to the masses. It had to become more affordable and manageable, which became a possibility thanks to Palmer Luckey via the Oculus Rift. John Carmack caught wind of it, leading into DOOM 3: BFG Edition.

Today, VR is utilized in the medical industry, capable of performing remote surgery through the Oculus Rift. AR wasn’t initially made for games, but as game devs, you’d be looking to how to further immerse people in the games you make. Satoru Iwata had taken a liking to AR, and in fact was working closely with The Pokemon Company’s president, Tsunekazu Ishihara, to provide feedback for the global phenomenon we know in Pokemon Go.

AR has more potential yet for general public consumption. Mufizal highlights Assassin’s Creed’s Discovery Tours which lets you explore the real life settings the games are based on, as highly interactive teaching tools.

There are quite a number of more ‘light-hearted’ simulation titles – Surgeon Simulator, anyone? – but there are others yet that provide more authentic experiences to give players the opportunity to ‘become someone else’. Microsoft’s Flight Simulator is one such prolific series where you can fly all around the world in a large variety of aerial vehicles in what is pretty much a perfect replication of the real world.

Machine learning is AI being taught about the world, feeding it data and have it calculate scenarios. “Machine learning” as a term was popularized by Arthur Samuel, demonstrating the concept of self-learning programs by teaching a machine how to play checkers.

As demand grows for bigger, more beautiful games, the technology in turn needs to keep up. NVIDIA’s DLSS technology utilizes AI to boost your game’s performance.”

SO, WHY DOES THIS ALL MATTER?

Ultimately, game devs are game devs because they want to make games that are fun, immersive, and god willing, successful. We all have dreams about what we want the world to be, as opposed to the world we live in now, and game devs are that ticket into bringing us for one vision through the video game medium. “We believe Southeast Asia is where the future of video game dev is,” he says, adding, “Wherever we’re going, you guys, the game devs, and video games, will make the future a fun one. I look forward to talking to you and sharing dreams about the future.”

Video games really are in that unique niche wherein the interactivity does provide avenues of exploration that no other entertainment medium can compare to. The technology used in games, as we can see here, isn’t just limited to games, as it can be used as tools for educating outside of the ‘fun’ factor.

As the industry grows, where do you think we’ll go next?