The Official Pokemon YouTube Channel has just released a new trailer for the upcoming Pokemon Scarlet and Pokemon Violet, which shows off 14 full minutes of gameplay and new features coming to the titles. One of the new features that was shown in the Pokemon Scarlet and Pokemon Violet trailer were Wild Tera Pokemon where trainers can encounter in the overworld. These Wild Tera Pokemon are indicated with a shinning glow to them and when approached, they will immediately Terastallizes, which in the Scarlet and Violet games alters a Pokemon’s typing. After reaching a certain HP threshold, the wild Pokemon’s Terastallization to be undone. 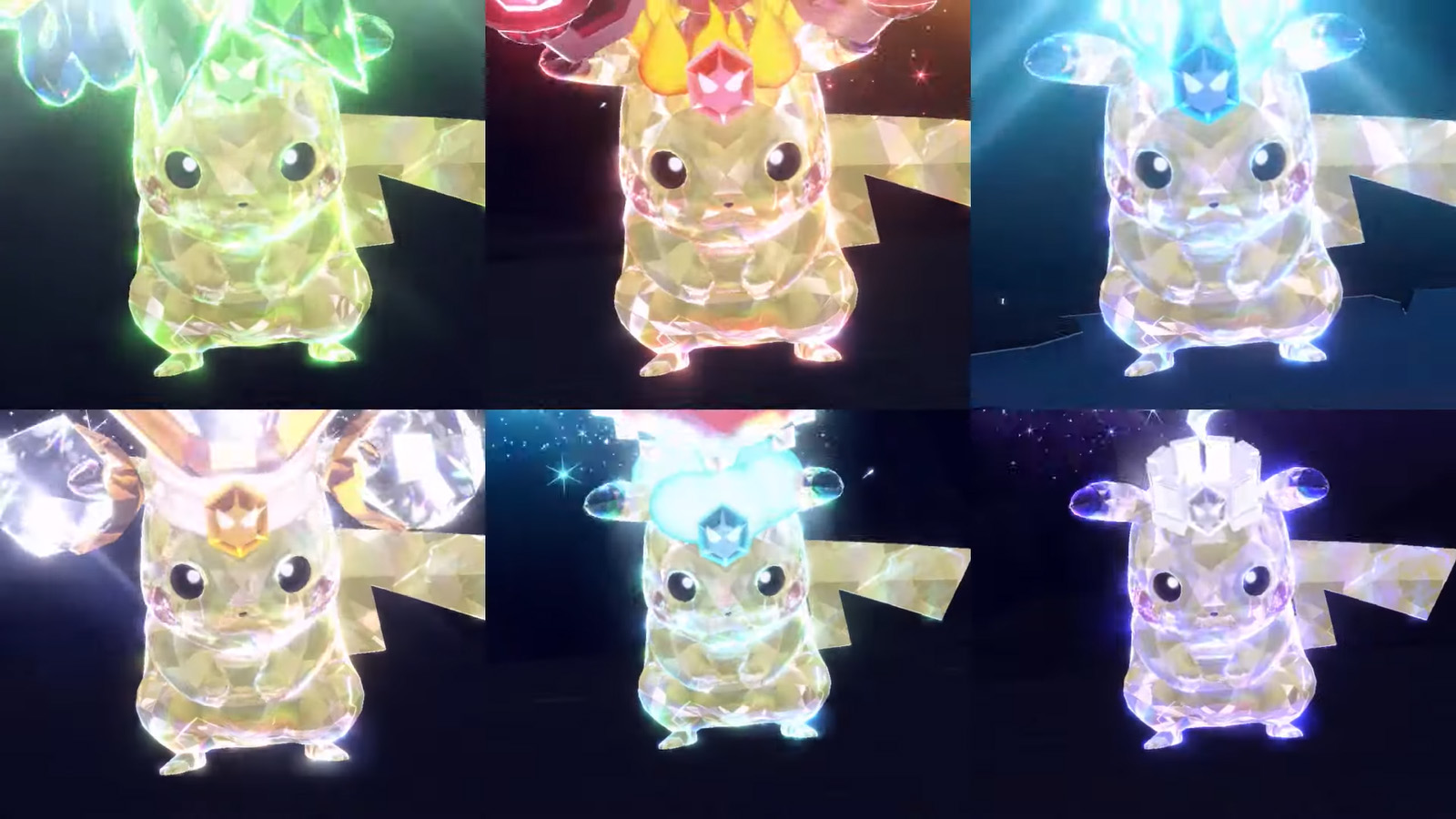 The trailer also mentions that all Pokemon are able to Terastallize into all 18 types as their Tera Type, which is a separate type category to a Pokemon’s base typing. Another new feature that will be present in the games is being able to add markers on your minimap, another feature that is newly introduced to the mainline Pokemon franchise. Trainers are able to map out points of interests on their mini map and it will act as a guide for them to reach their locations easier. Starfall Street seems to be a new game mode for trainers to go through when facing against the antagonists of the Scarlet and Violet games, Team Star. From the trailer, it seems that trainers can only carry the first three members on their team and are given a limited amount of time to clear through an area by defeating a number of Pokemon.

Trainers are able to use the Let’s Go! feature which allows them to send out their Pokemon and fight on their own. Once the trainer manages to clear through all the grunt’s Pokemon, they then face off against the Boss of the specific Team Star’s Crew. One of the really neat features that was reveal in the trailer was the ability to craft TMs from the TM Machine. Trainers are able to craft the Technical Machines by exchanging a new resource called League Points (LP), as well as specific materials which are dropped from either defeating Pokemon or by catching them. Trainers are also obtain LP through advancing the story. This new move changes its type which matches the Pokemon Tera Type when the Pokemon is Terastallized, a move which ought to be handy STAB coverage move for any Pokemon to have. The 10 Girafarig fans can finally rejoice as the psychic giraffe can finally evolve. The head of its main body and the head from its tail have become one. Both of Farigiraf’s brains are connected through thick nerves, increasing its psychic energy, and it can emit psychic waves from the antennae on its head.

Farigiraf’s Ability, Cud Chew, is a new Ability appearing for the first time in these titles. When a Pokémon with this Ability eats a Berry, it will eat it one more time at the end of the next turn. For trainers who love to customise their playable characters, such as myself will be overjoyed as Pokemon Scarlet and Violet will be adding a bunch of new customisable options. On top of the options that were present in Pokemon Sword and Shield (SwSh), trainers can now change features such as Eye Shapes and Eyelash Shapes. The customisation doesn’t stop there, trainers will be able to whip our their Rotom phones to take pictures and selfies of their trainer as well as wild Pokemon. The trainers are then able to use the pictures that they have taken with the Camera app and use it as a profile picture for your Trainer card! From the trailer, It seems like this new feature in Pokemon Scarlet and Violet is an improved version of the camping feature in SwSh. Trainers are able to interact with their Pokemon from playing ball with them or even giving them a shower. There’s also a chance for trainer to get a Pokemon Egg during Picnic Time, so keep an eye on that!

Instead of making Curry, Trainers will now live out their Subway fantasy by being able to work as a Sandwich Artist. From gathering the ingredients from the overworld, Trainers are able to construct their own monstrosity of a Sandwich. Eating a Sandwich will also give you specific buffs that can help you out on your journey, like being able to catch a certain type of Pokemon easier or boosting your Pokemon’s moves during raids. Acting similar to raid battles from Sword and Shield, Trainers can either go in solo with AIs or with up to three friends. But there are some main difference between the raid battles here and in SwSh, one of which is that your Pokemon will be revived after being knocked out. Trainers are also able to perform up to three cheers and each cheers have their own effects in either boosting a Pokemon offensively, defensively or healing their allies. Pokemon Scarlet and Violet will release worldwide on 18th November 2022 to the Nintendo Switch.