Legends of Runeterra is now available in Singapore! The League of Legends-based card game appears to be beginning its global rollout since we last reported on its open beta test in January. Screenshots were shared by Reddit user nicholades, showing the game as available to install instead of a pre-register button. The official website nor Facebook has updated to reflect this availability either. 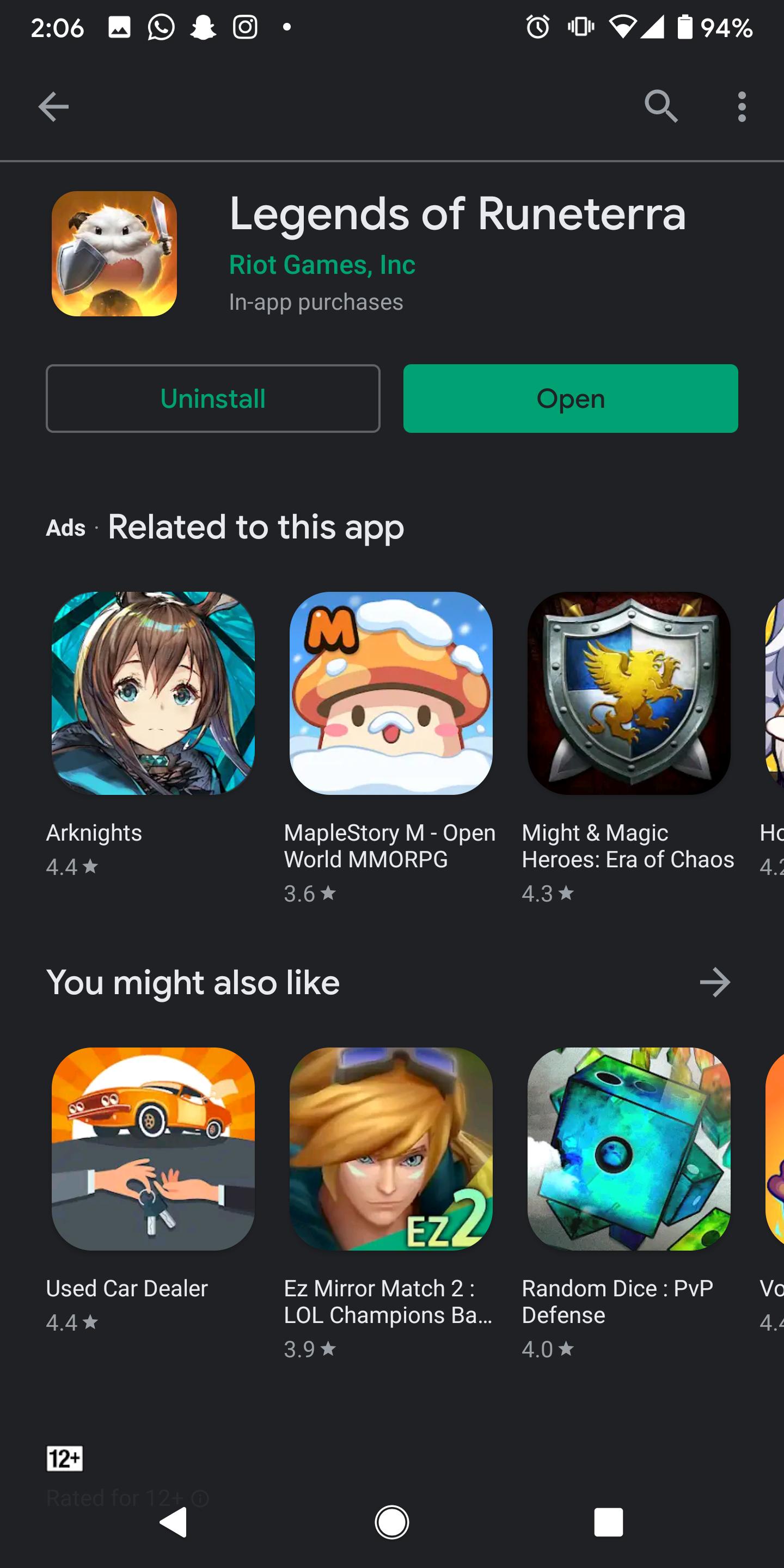 It would seem that North American players are also able to get in, but it’s not presently clear if they got the APK or it’s available in the region store. According to player reports from Dexerto, US players logging in using the Singaporean APK have had their progress wiped, so it might be advisable to avoid the usual workaround.

Those in Singapore can get a bit of a taste and headstart for Legends of Runeterra, as part of the rolling launch mentioned by the official Facebook page. The rest of us will have to wait a little longer before we can get our hands on the mobile card game from Riot. Garena accounts are not usable with Legends of Runeterra, with a note saying updates regarding making a Riot account will be provided.

Hopefully it’ll be sooner than later! You can check out our first-hand attempts at the game to know what you’re getting into.

Legends Of Runeterra
Publisher: Riot Games
Developer: Riot Games
Release Date: 2020-04-30
Android, iOS, Microsoft Windows
Set in the world of League of Legends, Legends of Runeterra is the strategy card game where skill, creativity, and cleverness determine your success. Choose your champions and combine cards from different regions—each with their own style and strategic advantage—then build the perfect deck to take down the rest.
Give us some support by subscribing to our Youtube Channel !
Tags: League of LegendsLegends of RuneterraRiotRiot Games
Previous Post