JUMP FORCE is coming out for the Nintendo Switch! Play all the iconic characters from Shueisha’s influential Japanese Weekly Shonen Jump manga on a new platform. Witness the greatest heroes and villains throughout the publication’s 50-year history in stunning action and battles. Over 50 playable characters as well as a new type of battle will be heading to the Nintendo Switch version of JUMP FORCE, exclusively for the platform.

Up to 6 players can play in Offline Mode, or have 2 player Local Multiplayer mode using 2 Nintendo Switch consoles.

Character Season Pass 2 will see Todoroki Shoto joining the lineup! The youngest son of the No. 1 Hero Endeavor is here, ready to show his mastery of two elements. The student at Class 1A of U.A. High School is training to be a Pro-Hero, utilizing his Half-Cold, Half-Hot quirk in combat. 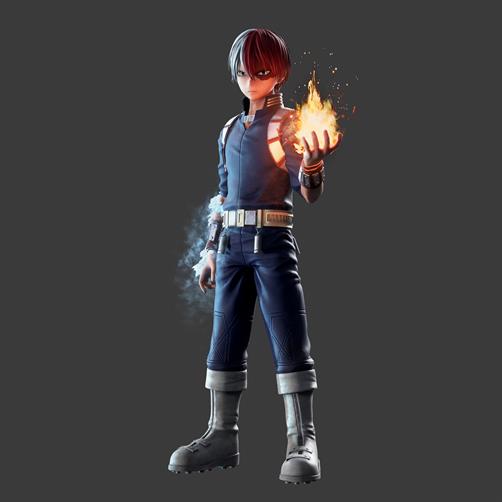 Check out his trailer below:
More characters are still to come. Season Pass #2 will have 5 new playable characters for you to command. Who do you think they will be? Season Pass #2 will be released during Spring 2020 for the Nintendo Switch version of the game. The Deluxe Edition of the game for the platform will have English and Thai subtitles with Japanese voice-over for its Southeast Asia edition. Check out the official website here.
Follow @GamerBraves
Tags: Bandai Namco EntertainmentJump ForceSpike Chunsoft
ShareTweetShareSend
Previous Post