It has been quite some time since the vast nation of Sumeru has been released in Genshin Impact. The abundance of green of the new area is sure to have treasures, both in plain sight and hiding behind some big brain puzzles. One such place is called Apam Woods.

Apam Woods is an area with lots of overgrown trees that are almost as high as the mountain of Dragonspine. And these trees hide a puzzle that will have you swinging between trees like a monkey.

The puzzle starts behind a wooden house in the Apam Woods located in the picture above. You do not need to interact with it or anything and you simply need to revive some Tri-lakshana creatures in the Apam Woods for the drawings to light up.

There are a total of 7 of these creatures that you would need to revive and the locations are all highlighted in the map below. On the platform is the first withered Tri-lakshana creature that you need to light up together with an unlit drawing. Use the Dendro element on the creature and it will return to normal and light up the drawing. 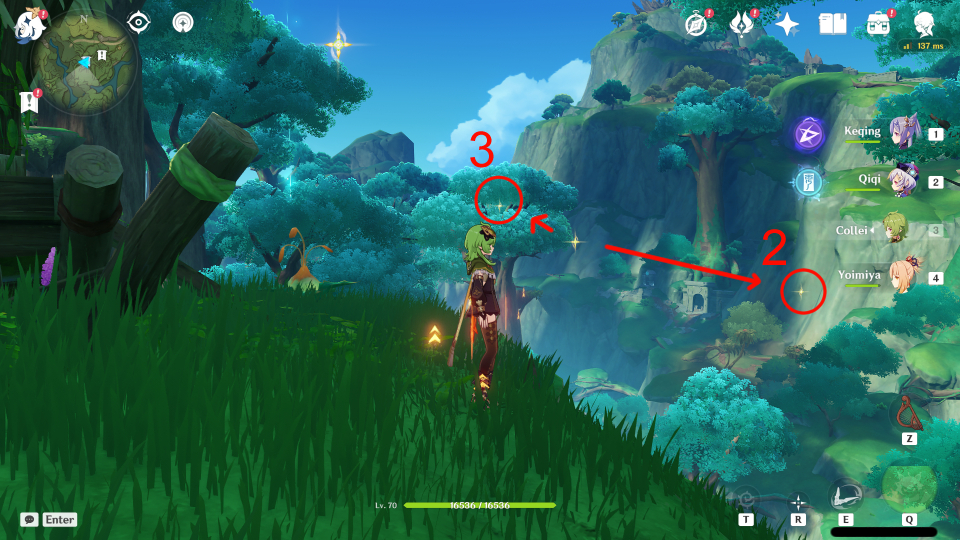 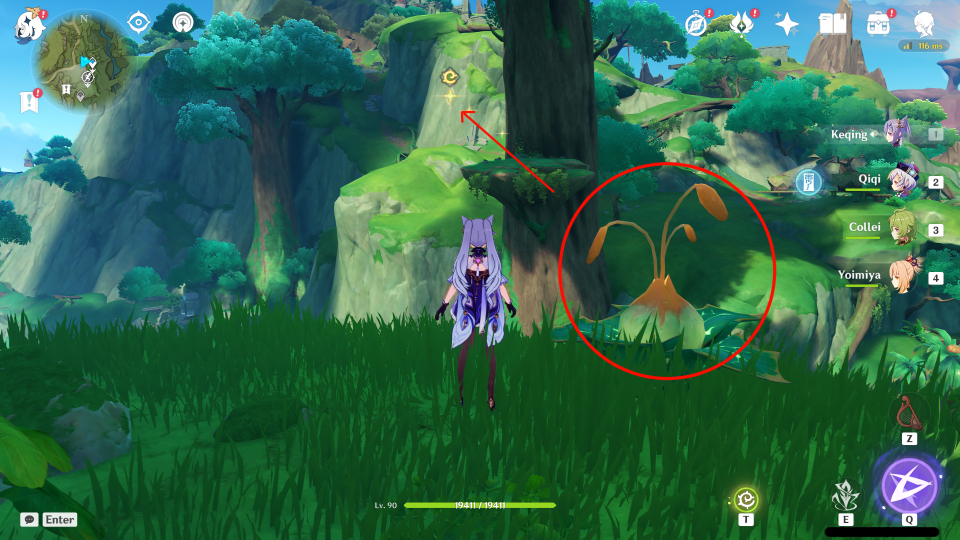 Use Dendro on the creature and you will have your second drawing done.

Return back to the wooden house and this time, pick the left path to head to the third creature.

The third creature and drawing will be in front of you as you land on the platform and using Dendro on it will revive the creature and light up the drawing. 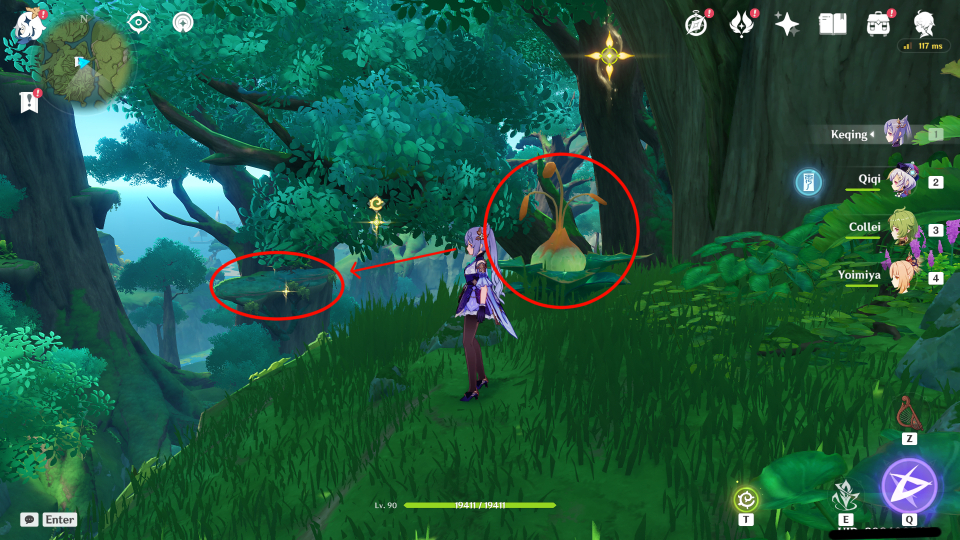 The fourth, much like the third, will be in front of you as you land and with Dendro, it will revive and light up the drawing. 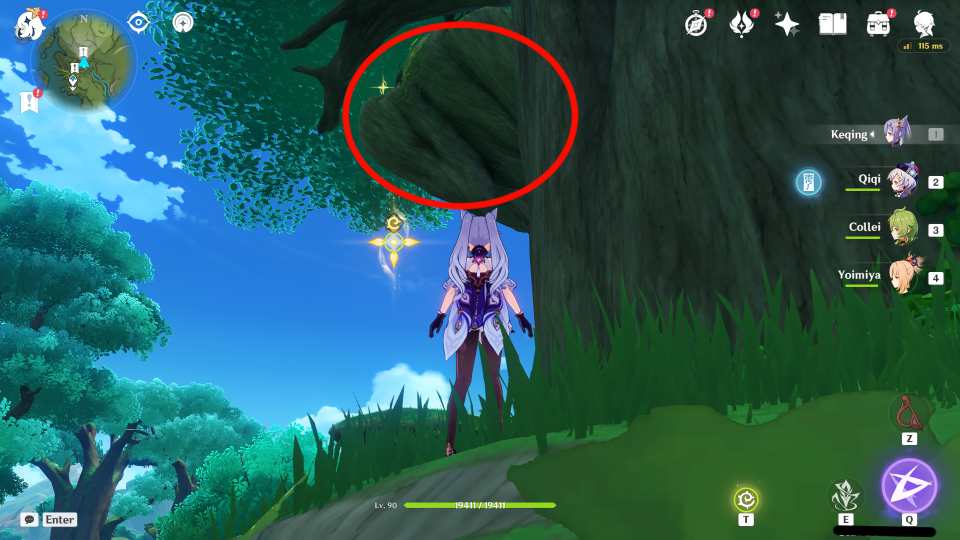 Like always, apply Dendro on it and it will return to normal and light up the drawing. Return to where the fourth creature is for the last one. Attack the creature with Dendro and you will revive it and light up the drawing. Now you can return to the wooden house at the beginning to claim your Luxurious Chest and that is the end for Apam Woods Puzzle. GrimGrimoire OnceMore Will Be Released in English in Spring 2023