After missing out on its initial 2019 window, Grisaia Chronos Rebellion will release on 26 November 2020. The mobile game of the Grisaia series will feature the heroines of the previous games and additional media, as well as game original cast. Pre-registrations remain on-going, with the latest figure hitting 200,000 pre-registrations! Milestone rewards are as follows:

The plot revolves Masaki Arata, the main character who is a trainer where you are tasked with assembling a team of talented individuals in an academy called SORD to stop terrorist forces. The game features a card battle system and auto mode, where players will be able to unleash the dynamic EX skills of the characters. You can also build your teams with your favourite characters from the franchise.

Going by the screenshot preview from Famitsu, the game utilizes a turn-based battle system, with “cards” of colour-coded actions at the bottom, seemingly like Fate/Grand Order. There’s also the usual story, with the voice actors reprising their roles in the mobile game. Well, in any case, Grisaia Chronos Rebellion will release soon enough, so fans can try out the game for themselves and add another gacha game to their repertoire. 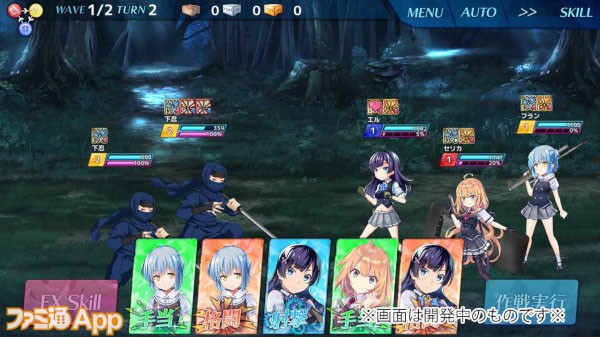 #IAmPOCInPlay Celebrates Diversity And Talent In The Games Industry