Spice up your home with 3000 attack points and a lot of support with the officially licensed Blue Eyes White Dragon Statue by First 4 Figures. This PVC/Resin Statue shows the iconic Blue Eyes White Dragon on a dramatic base, recreating a scene from the Yu-Gi-Oh! anime where the Pharaoh Atem duels the posessed priest Seto, who summons the dragon to attack him.

To be more precise it recreates the summoning of the monster, complete with stone tablet sporting the original art for Blue Eyes White Dragon. 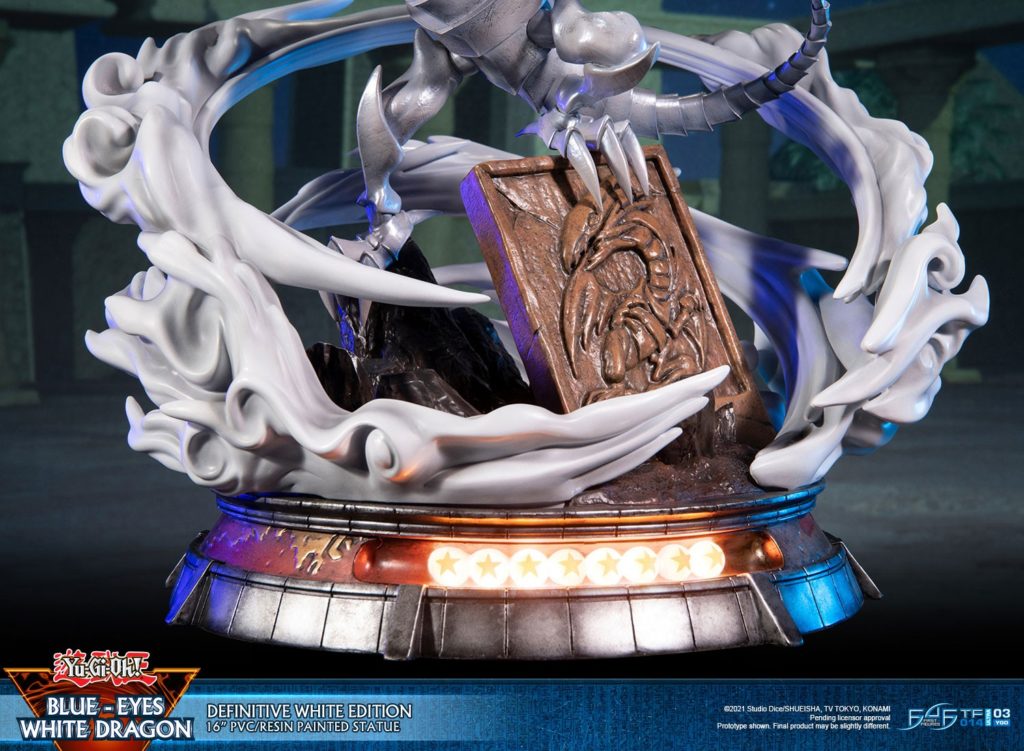 It comes with two separate heads to pose your dragon with, with a light-up orb representing the signature “Burst Stream of Destruction”. For those who’d rather not have their dragon in the Battle Phase, it also comes with lower jaw options that don’t sport the fireball.

On top of that, the base also sports the card’s stats, along with light-up LED “Level Stars” similar to the ones you’d see on the card.

Blue Eyes White Dragon is arguably the most iconic card from the Yu-Gi-Oh! series, despite being the monster used by original series rival Seto Kaiba. Despite the TCG’s evolution and feature creep, the card still retains some relevance, having evolved beyond being a singular monster and instead becoming an “archetype”, with various other cards themed around it.

This statue is actually a “Definitive Edition” of another Blue Eyes White Dragon statue, which sports a less elaborate base and no swappable heads. You can view all of First 4 Figures’ variants of the character in this showcase video.