Kotobukiya announced yesteday the new Transformers Bishoujo line, which sees the iconic leaders of the Autobots and Decepticons turned into anime girls. 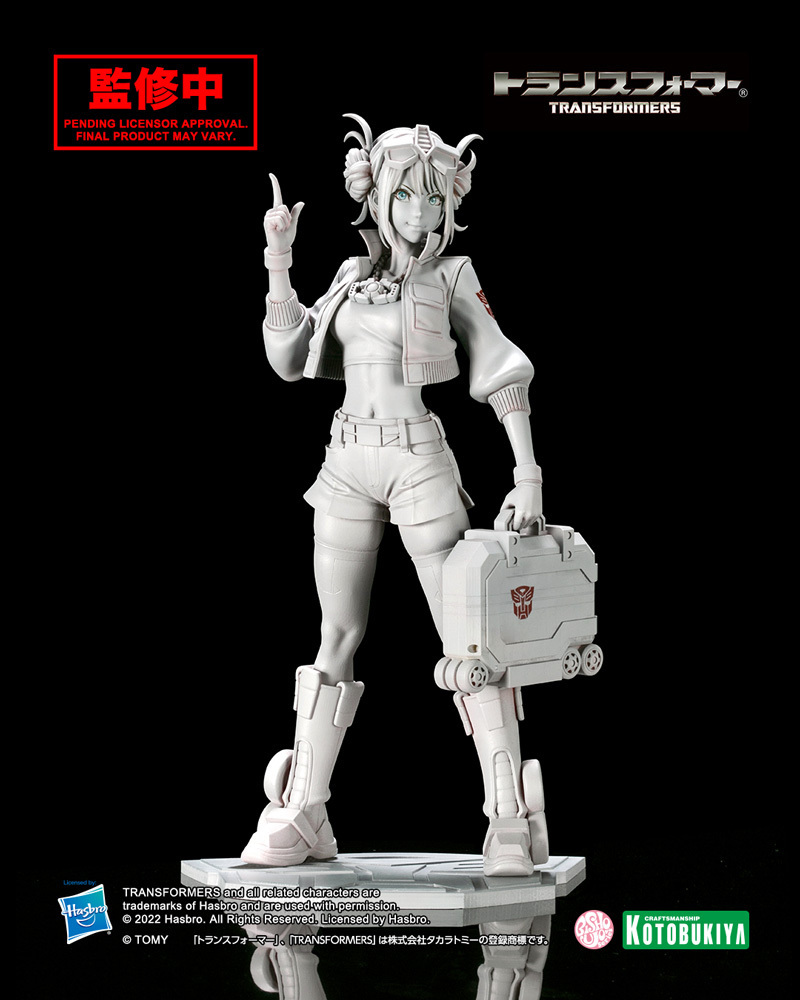 Just like the other Bishoujo lines based off of other Hasbro properties, this line sees artist Shunya Yamashita adding a dash of waifu to the iconic transforming robots of the 80s.

The Kotobukiya livestream even showed off preview images of the Transformers Bishoujo Optimus Prime figure, letting you sneak a peek at the detailed sculpt without any paint applications just yet.

As far as reinterpretations go the designs are pretty solid- the Optimus figure has various references to the G1 Transformer on her design, such as goggles that mimic the shape of Prime’s eyes as well as a necklace in the shape of the Matrix of Leadership.

It even sports a backpack meant to look like Optimus’ trailer, as well as the same color proportions as the robot form.

While we haven’t seen the sculpt for the Bishoujo Megatron, the design looks to carry much of the same motifs as Optimus, with the character even carrying Megatron’s iconic fusion cannon over her shoulder and a more military-themed uniform compared to Prime.

Transformers being reinterpreted as humans isn’t anything entirely new- from the Pretenders to even IDW’s Holomatter Avatars, for as long as Transformers has been popular it’s been a fun experiment to draw them in human forms.

Horizon Forbidden West Review – Aloy is back, and better than ever!

Horizon Forbidden West Review - Aloy is back, and better than ever!