The Last Oricru Review – Why am I The Last One?

The Last Oricru is an action RPG developed by GoldKnights and published by Prime Matter. The game heavily emphasizes on storytelling and the player’s choices as they are thrown into a sci-fi medieval world where a civil war between two factions is on the verge of happening.

The game was released on October 12th, 2022 for PlayStation 5, Xbox Series X/S and PC via Steam. For this review, The Last Oricru is played via PC.

The Last Oricru is set in an alien world called Wardenia, where a civil war has broken out here between two factions; Naboru and Ratkins. You will be controlling Silver, an immortal warrior that was shoved into this world and you can choose which side you want to support.

Support, betray, whatever choices you make between the two factions will ultimately decide the fate of the world. This is where the game comes in strong. There are tons of endings in this game and your performance could also affect it. Play badly like how I did on my first run and the game prematurely ends the game for you. There’s also the Broken Blade army and how you dealt with them will also affect your ending. The possibilities are almost limitless, giving this game a very good replayability.

The game goes for a more Soulslike gameplay in terms of combat but far less punishing in comparison. Enemies are everywhere and the faction they belong to depends on your choices. The moment they lock eyes with you, combat will start.

Everything here uses stamina when fighting. You want to attack the enemy head on? Use stamina. Dodging and parrying enemy attacks? Also uses stamina. If you’re not careful with your stamina usage, you’ll be kissing the enemies attack head on and quite possibly, dying afterwards. Defeating enemies will grant you experience points and once you’ve accumulated enough, you’ll level up. Levelling up gives you both stats points to raise your stats and skill points to upgrade or unlock new skills. Careful with the decision you make though because there is no redo.

As you wander around Wardenia, you’ll start to come across a mechanical sphere called terminals. These are scattered around the world and it is where you’ll be doing most of your upgrades and customizations. Terminals lets you purchase items, equipment and upgrading them. You can also print the gold currency here in exchange for essence dropped by enemies. The Last Oricru also comes with multiplayer, both locally and through online. Progression will be based on the host if you went online while the screen will split vertically when playing locally. Playing co-op actually makes the game easier since it doesn’t scale the difficulty up and there are also some powerful spells exclusive to co-op. However, multiplayer does put a strain to the overall performance of the game so I opted out of it after a couple of co-op sessions.

The Last Nit-pick, or is it?

I mentioned earlier how the game’s strong point was is branching stories and the replayability it has, and well to be honest, that’s about it. Soulslike combat has never appealed to me before and it did not change even when this game is far more forgiving with it.

Aside from that, it has been one glaring problem after the other. For one, movement in this game is janky and overall, not a great experience. Jumping in this game oddly enough has a floating effect to it. I get that we are in an alien world so normal gravity does not apply here, but floating about after you jumped mid-combat just screams ‘attack me’ to the enemies.

The game also does not come with a map. At least having a quest marker or just being able to ping a location would have been helpful. I’ve lost count just how many times I have spun around the same area looking for a place only to look up a guide and seeing that its somewhere completely different. This is definitely me nit-picking into things but why would you give character customization options when the only things you can customize is your hair? Did I miss something or was the hair an absolute defining trait in Wardenia?

All in all, The Last Oricru was heavily carried by its appeal of branching storylines and replayability. The combat might appeal to some, especially to Souls fans but making it less punishing might actually do more harm then good since it was the harsh difficulty that got Soulslike its fame.

The game does come with voice acting but it is definitely a hit-or-miss with it and a couple of the dialogues in the game just hurts when reading it out.

Nonetheless, The Last Oricru is a decent game if you want to pick something up to quench your gaming thirst. The story is amazing and the scenery can at times, be truly breath-taking to look at. 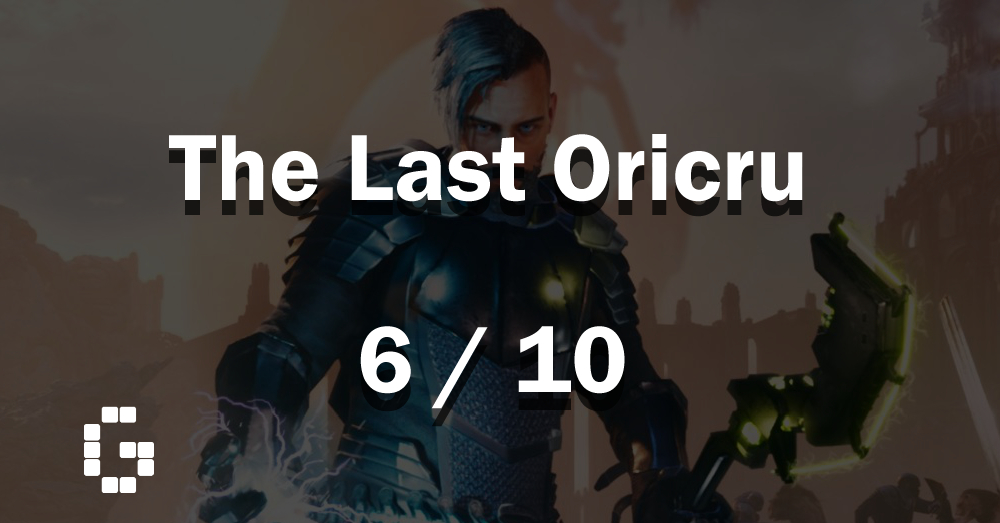 The Last Oricru
Publisher: PLAION
Developer: GoldKnights
Release Date: 2022-10-13
Microsoft Windows, PlayStation 5, Xbox Series X|S
The Last Oricru is an action RPG with a strong emphasis on storytelling and player choices. The player awakens in a sci-fi medieval world on the brink of a war and starts influencing the destiny of the whole world. The game is designed as both single-player and a co-op experience.
Tags: GoldKnightsPrime MatterThe Last Oricru
ShareTweetShareSend
Previous Post