The Importance of Video Game Preservation

Wouldn't the world be better if Marvel vs Capcom 2 wasn't stuck on the Dreamcast?

This article on ‘The Importance of Video Game Preservation’ was available a week earlier through the Gamerbraves Newsletter. Sign up for free to gain access to more articles about news and trends in the gaming industry and community.

Video Game Preservation, is the act of preserving video games, whether that’d be keeping physical copies safe or keeping them in a digital collection but it has become quite the talking point over the past couple of years.

PlayStation has announced a new branch of their company just to help preserve games, and Embracer Group (who recently bought Tomb Raider and other IPs from Square Enix) has also said they are creating an archive to preserve games.

The Embracer Games Archive CEO David Boström says “I have been given the honorable task to lead the work of building up this unique Games Archive. Imagine a place where all physical video games, consoles, and accessories are gathered in the same place. And think about how much that could mean for games’ culture and enabling video games research.”

Sounds like a good idea, even if it might be hard to get to their offices. With this in mind, why has video game preservation become more important than ever?

The Problem with Preserving Video Games

To put it simply, video games don’t lend themselves well to being preserved. Unlike music or films that can easily be stored, copied, and uploaded to CDs, DVDs, and more recently MP3 or 4 files, video games are designed to run on very specific hardware, usually a console. Once that console is no longer in production, those games will go down with it unless they’re brought over to a new system.

The problem here is that porting a game can take time and resources that many developers or publishers may not be willing to spend on titles they don’t think will sell well. This means that a number of hidden gems may be left to rot on older machines.

It’s not just the consoles either mind you. Games themselves can get expensive especially older games trapped on cartridges or disks without a digital release. 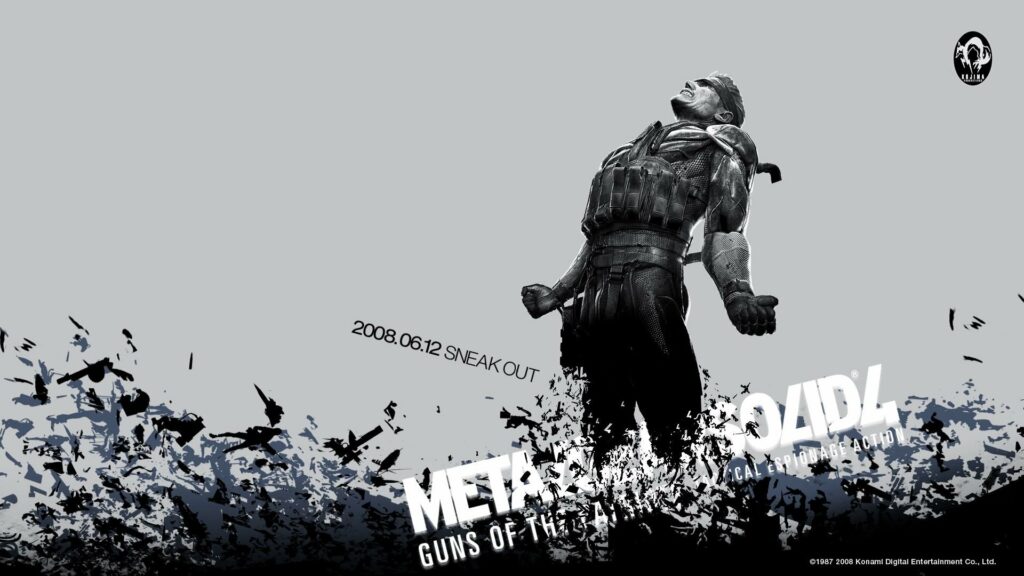 The best example of this is during the PS3 era. Because PlayStation designed the PS3 with such strange architecture, porting games off it has become difficult to the point that the most PlayStation can currently do is allow you to stream some PS3 games through PS Plus.

While massive Triple-A titles like The Last of Us or the Dark Souls series eventually saw next-gen re-releases, the same can’t be said of smaller games, and that’s part of the problem- the games ecosystem is more than just triple-A releases, and any attempt to preserve games has to account for that too.

What’s more, exclusives that took more advantage of the PS3’s hardware have been stuck on the console to this day, including games like the critically acclaimed Metal Gear Solid 4. Due to the precarious nature of Konami’s relationship with the Metal Gear series and its creator Hideo Kojima, the odds of anyone getting to play MGS4 on a next-gen console are pretty slim.

One potential solution the video game preservation has been the age of digital gaming. With the rise of games that are available from anywhere through online stores, fans are better able to preserve their games. Digital games can’t be lost, are accessible at any time and platforms like Steam and Xbox Live have heavily invested in backward compatibility, allowing players to access their library for multiple different pieces of hardware. But even this has downsides. If a game gets pulled from online stores and isn’t available physically, it’s gone for good. Silent Hill fans learned this the hard way when PT was pulled from the Playstation Store following the fallout between Konami and Kojima.

While this may be a special case, games often get pulled from stores for far more mundane reasons. The Marvel vs Capcom series, some of the most influential fighting games of all time, were knocked out of online stores likely due to licensing disputes between Disney and Capcom.

Stores themselves are also at risk of being taken down without their libraries being brought to new platforms. Nintendo is planning to close the 3DS and Wii U Eshops which will snap hundreds of exclusive games from the market place including fan favorites like Pushmo, Attack of The Friday Monster, and the BoxBoy Trilogy. There will simply be no official way to play them. These games are subject to the whims of their publishers and licensees.

Worse yet, this still only accounts for games going forward. This does nothing for the games we have yet to preserve. I could name plenty of 90s-era fighting games such as the Sailor Moon or Gundam Wing fighters that will simply never see the light of day again, despite being great for their time.

So what can we do to better preserve games? Well, there’s no one easy answer.

The solution how I see it is twofold: physical and digital. We need to preserve physical games and the library that Embracer is creating is probably the best way to start. It can help make sure that as many games as possible, are cataloged and stored in a safe place where future generations can easily access them. As for digital, I believe that the big console makers really need to nail down digital backward compatibility on their machines. They should allow players to purchase older digital games from past consoles on their new systems with each game safely stored on their servers. This means that doesn’t matter if someone owns a PS4 or PS7, they can still access and play Persona 5 or Bloodborne.

Steam is arguably the best at this- many PS3-era games are still available on Steam, such as the cult classic Warhammer 40K: Space Marine or even the not-as-acclaimed Final Fantasy XIII: Lightning Returns.

Nintendo, however, is arguably the biggest threat to preservation due in part to their love of litigation and the huge back catalog of classic games that they refuse to bring forward. It’s ironic considering they were sort of the first to start serious video game preservation with the Virtual Console which they gave up for the Switch.

More games are being added to the Nintendo Switch Online Service but it feels like they could be doing more. There’s no reason that Gamecube, GBA, and even Wii games couldn’t be playable on the Switch. I’m sure plenty of Fire Emblem fans would love to play Path of Radiance if it didn’t cost a kidney to get on eBay.

The final potential solution is emulators- downloadable software that allows games to be played on PCs. These are tricky as while emulators are legal and a decent solution, allowing people to play games without the console, they are often associated with ROMs, and illegal pirated copies of games.

The topic of Emulators is enough for its own article, but in short not every emulator is some money vampire come to steal the profits of a game studio from the 90s. Many modern-day re-releases of old games are simply emulated copies of the game, that is, a program that pretends to be its home console.

Using emulators legally however still means you need to buy the original game which doesn’t solve the issue of how difficult it can be to track down rarer, more expensive titles. While we don’t condone piracy, a lot of games arguably just wouldn’t be available at all without ROMs. Games like obscure Japanese exclusives or PS2 games that go for absurdly high prices. Gundam Wing Endless Duel for Super Famicom is one of the best fighting games on the console, but no one would be able to try it out if not for emulators and ROMs.

If the publisher isn’t giving you a legal way to access the game, for many this may be the only solution.

Video games are an ever-important part of the current media, items that we like to think of as being art.

But in that case, they need to be preserved the same way that other pieces of art like books, film, and music are. Admittedly it’s not easy- imagine if the instrument Beethoven’s Fifth or The Killer’s Mr. Brightside ran the risk of not existing in 5 years.

With a mix of physical and digital preservation though, we should be able to keep an accurate record of the history of the game’s medium, But it’s not all sentimental and academic value, either. Sometimes old games being available for purchase can see a surprising windfall. Case in point: Metal Gear Rising: Revengeance has risen in player count by 1000% almost a decade after its initial release. The Metal Gear spin-off had been an underground hit all its life, releasing only on PS3, Xbox 360, and PC. If that PC release didn’t exist I doubt it would be doing these numbers stuck on the 7th gen consoles.

People want to play older games. That’s why video game preservation is important. It lets them do that.