Being a fan of Bloodborne means every day, someone new telling you about how a 4Chan leak totally promises a PC release of Bloodborne is coming. Seriously, it’s gotten to the point where first it inspired hope, now it’s just inspired annoyance, like a friend saying they’re totally good for 200 dollars they just need you to spot them just this once.

Bloodborne is an extremely beloved entry in the Soulsborne genre- combining hard punishing gameplay with fancy victorian characters killing werewolves with all manner of transforming weapons. With Elden Ring literally right around the corner and more than a year since Bluepoint got people magically excited about Demon’s Souls again, it’s natural some fans would want a little love in Bloodborne’s direction, too.

So why is a PC re release of Bloodborne such a commonly requested game? Read on and find out. Bloodborne exists in a weird state of From Software’s Soulsborne trilogy. On one hand, it’s informally known as the best of them- combining many lessons learned from Dark Souls and Demon’s Souls with a Victorian aesthetic and a singular game, free of sequel baggage unlike Dark Souls 3. On the other, the game was only ever released on the PS4- meaning the PC community, which has kept all the previously released Dark Souls games alive with funny mods, never got their hands on it, and less people got to play it.

For the non-PC-elitists, it’s not been a great time: all you hear about is how great Bloodborne is, but if you weren’t willing or able to shell out the money for an entirely new console just for this title, that means you’d never get to experience it.

On top of that, the PS4 exclusivity didn’t work as well for Bloodborne as it did for Demon’s Souls- the game still has plenty of issues that a PC port could have easily had modders fix. These include long loading times and only 30fps- heresy for a visceral action game like Bloodborne.

Over time some of these issues got fixed, of course. Playing Bloodborne on the PS5 means using the SSD, which does speed up loading somewhat. But considering PS5s are as hard to come by as Third Umbilical Cords, it’s not exactly a situation.

Getting Into That 60FPS Goodness 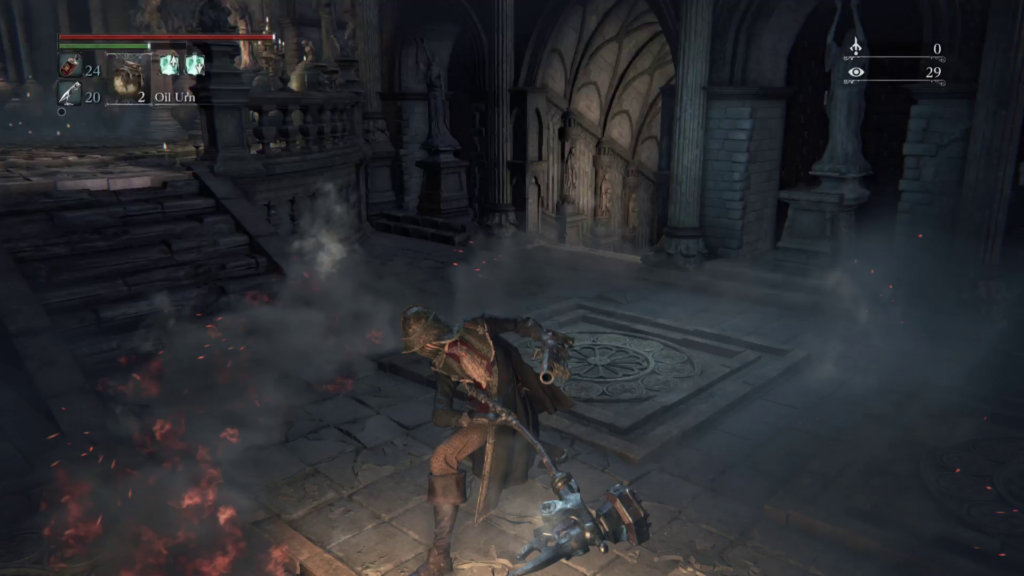 That being said, without some kind of re-release, the other major issue- Bloodborne’s framerate- won’t get fixed.

In theory, this could be solved with a simple patch unlocking the game’s framerate. But considering Bloodborne’s age, having anyone going back and working on the game would be hard to justify without some way to make money off of it, hence the bet on some kind of re-release, a la Dark Souls 2’s Scholar of the First Sin.

Even if it was a PS5 exclusive re-release, there’s not a lot to overhaul with Bloodborne. The game looks gorgeous thanks to its strong art style, so you wouldn’t have to worry about needing to remodel everything from scratch a la the Demon’s Souls Remake, nor would you need to suddenly overhaul the lighting and rendering systems.

Still though, re-releases often present an opportunity to get more people to play a game, hence the broader release platforms. After all, why target the same pool when you can get a bigger one? It’s the approach re-releases like the Persona 4 Arena Ultimax re-release is going for, going from being trapped on the PS3 to PC and Switch releases as well.

Of course, these are very general arguments that can be applied to any game wanting a modern re-release. So why Bloodborne? Like I mentioned earlier, Bloodborne is just that beloved. The Dark Souls community has always been a passionate minority in the bigger gaming sphere. Despite Dark Souls being synonmous with its PC release, the original Dark Souls didn’t even originally launch on PC until after its console debut, and that was at fan request.

Bloodborne is by all accounts a near-perfect adventure game- the world of Yharnam is absolutely gorgeous, turning the works of H.P Lovecraft into a visual sight as you roam the streets fighting off the scourge of Beasts as a member of the Hunter’s Workshop. It’s got that perfect mix of mystery and intrigue as you meet more hunters like the beastly Gascoigne, as well as the tragic Djura who watches over the ruins of Old Yharnam, no longer hunting beasts. That’s not just my bias, either- Bloodborne’s gotten popular enough to get its own graphic novels, action figures and boardgames- even with its smaller reach window compared to other Souls games, there’s no doubting that it’s still holding an important place in pop culture even if it’s not PlayStation’s front-and-center exclusive.

Do I want a Bloodborne release on PC? Absolutely. Right now the game is available as part of the PS Plus Collection, meaning anyone with a PS5 is free to jump in and play the game without its Old Hunters expansion for free as long as they’re subscribed to PS Plus. But at the same time I’d much rather wait for PlayStation’s official signal that the game was coming, rather than get my hopes up from an anon on 4Chan and then rage in the comments when the next State of Play doesn’t feature Lady Maria.