Square Enix announced the release of Guardian Codex for mobile, taking players to the year 2030, in a world split between two forces: the Empire and the Resistance.

The role-playing game send players into the “Codex”, a “virtual-reality version of the world from ancient times,” to find the legendary Guardians, who can be transferred into the real world to defeat the Empire. The game also features a multiplayer mode, allowing players to work together with 3 other players to defeat the forces of evil. 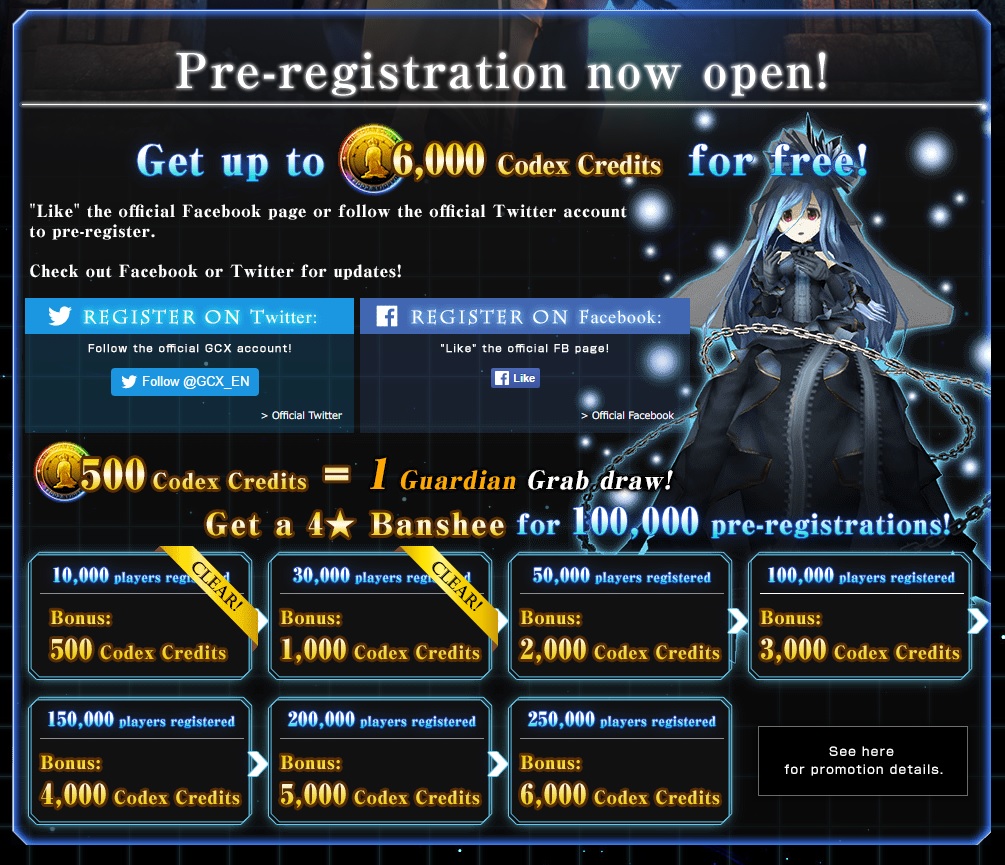 The pre-registration campaign is also up and running, and for every milestone met, the rewards increase! There’s currently over 30,000 players who are pre-registered, and once it hits 100,000, players will receive a four-star Banshee character. All you have to do is either ‘Like’ their Facebook page or ‘Follow’ them on Twitter, and you’re officially registered! Links are down below.

Guardian Codex is expected for release in a few months, so be sure to register now! For more information, visit the Guardian Codex official website.