Sonic Team’s upcoming Sonic Frontiers which will get coming out on the 8th November 2022 has just announced that the game will be having a Japan exclusive collaboration event with the popular Vtuber Inugami Korone from Hololive.

According to the Japanese Sonic Frontiers website, fans will be able to get their hands on the Inugami Korone collaboration themed items which are currently only available in Japan. The collaboration between Sonic Frontiers and Inugami Korone will feature some DLC in game items which can be purchased separately from different sites which are linked in the website. The DLC items such as the Inugami Korone Collaboration DLC “SE: Inugami Korone” which changes the sounds effects found in the game to Inugami Korone’s voice. The links for the voice pack can be found here: PS5, PS4, Nintendo Switch. Another collaboration item will feature an original acrylic panel that shows Inugami Korone holding a Sonic the Hedgehog plushie while wearing her Sonic themed outfit where it was showed off during her Sonic Origins stream. The store page can be found here: PS5, PS4, Nintendo Switch. The DLC collaboration item “Inugami Korone Collaboration DLC Gloves & Shoes” will have Sonic the Hedgehod wearing a Korone themed gloves and shoes that will replace Sonic’s original glove and shoe designs to show off his support as a Koronesuki. Links can be found here: PS5, PS4, Nintendo Switch. 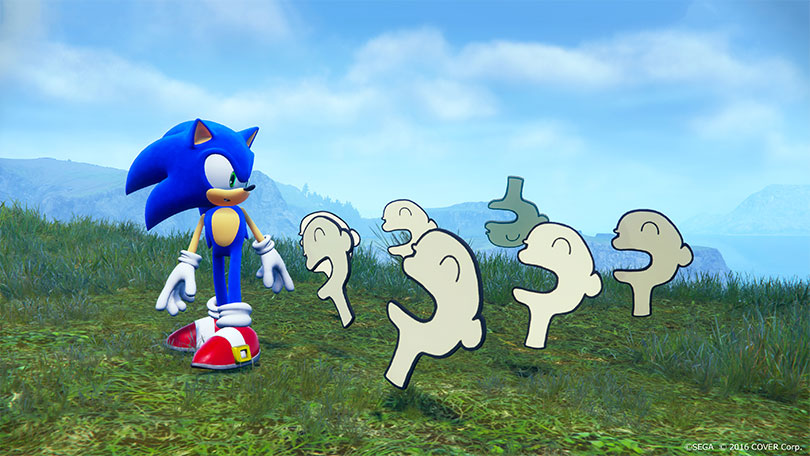 Last but not least in the DLC collaboration items is the “Inugami Korone Collaboration DLC Korone Suki” where it replaces the in game models of the “Coco” characters in Sonic Frontiers to one of Korone’s iconic drawing of her viewers. Links for the DLC can be found here: PS5, PS4, Nintendo Switch. Those who pre–order their copy of Sonic Frontiers (Physical/Digital) will receive the Adventurers’ Treasure Box, a DLC pack containing items that will strengthen Sonic’s abilities and aid you in your advent.

The Expanse A Telltale Series Reveals Gameplay Trailer at Gamescom 2022

The Expanse A Telltale Series Reveals Gameplay Trailer at Gamescom 2022