During DevNow, Devsisters’ first-ever online showcase, the Cookie Run developer revealed new details for their current and upcoming games. Amongst their upcoming Cookie Run titles which were highlighted during the event include OvenSmash, Witch’s Castle and Project B.

You can watch the hour-long online showcase below. Note that there are options of Korean, Japanese, Thai, Chinese and English subtitles for viewers: The gameplay for OvenSmash revealed during the showcase points at the game being an arena battler of sorts with various modes, similar to Clash Royale to a certain extent. As a PvP game, players can take on other players in Wanted Star, Battle Royale and Treasure Hunt mode. 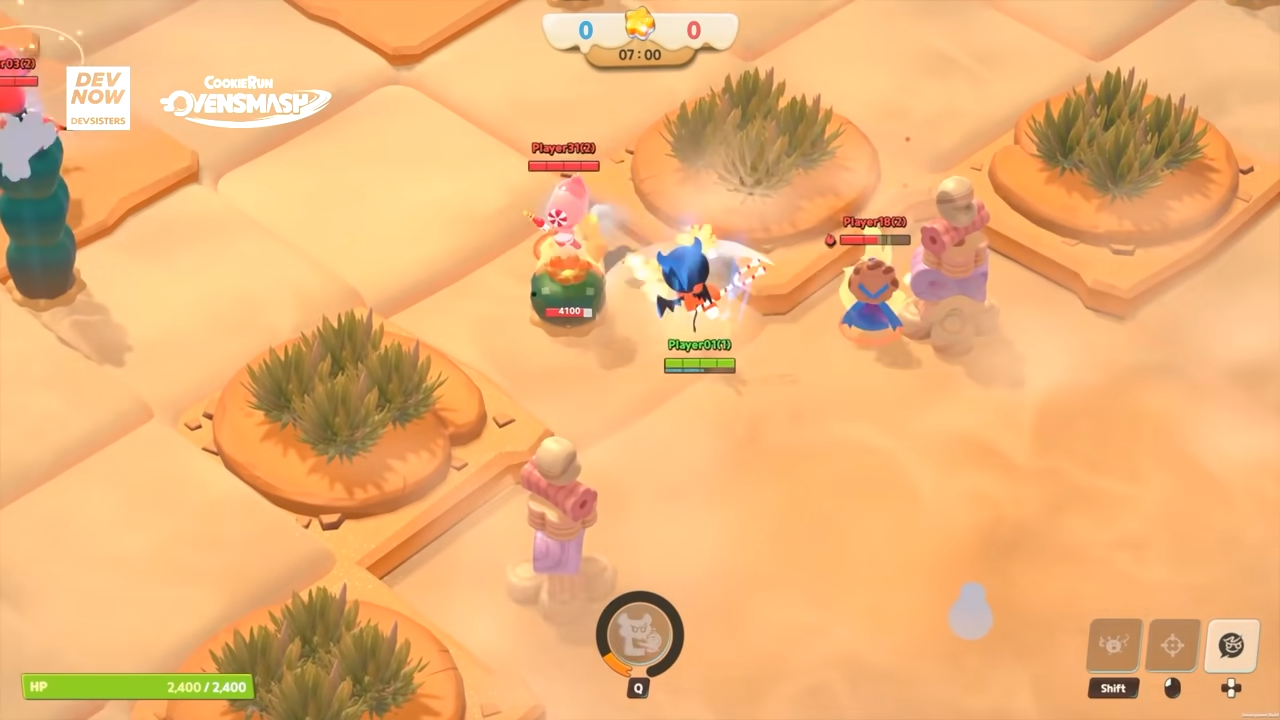 Wanted Star mode is a 5v5 match with the objective of defeating the opposing team’s Cookies and collecting Jellies. The team with the most Jellies win. Battle Royale mode is a 30 player free-for-all. Last Cookie standing, wins. Finally, Treasure Hunt puts teams of 10 players on a quest to look for 3 treasures on a huge map while fighting enemies, solving puzzles and overcoming obstacles.

OvenSmash is expected to release on PC this winter, with mobile and console versions coming later in the future. Unlike OvenSmash which is a PvP game, Project B is a PvE multiplayer co-op action game. Developed by the team behind Cookie Run: Oven Break, the game will feature new original Cookies. Players can take on various stages and challenges or even team up to battle huge bosses. Project B will launch sometime in 2023. Witch’s Castle is a puzzle game that expands on the lore of the franchise, detailing how the Cookies first came to life from being baked in the Witch’s oven. The gameplay primarily consists of tile-matching. Players could also decorate the Castle with various items.

Cookie Run: Witch’s Castle is slated for release in 2023.