Motion Inputs: The Case For And Against Them

Recently, there’s been a renewed discussion on the validity of motion inputs in fighting games. The case seems simple enough: why should fighting games have to be built around complex directional inputs? As more games appeal to a mainstream audience with simple controls, shouldn’t that be a net positive for fighting games?

For starters, what is a motion input? Motion inputs are instructions that require multiple directional inputs to execute. You may know the most common, the hadouken. 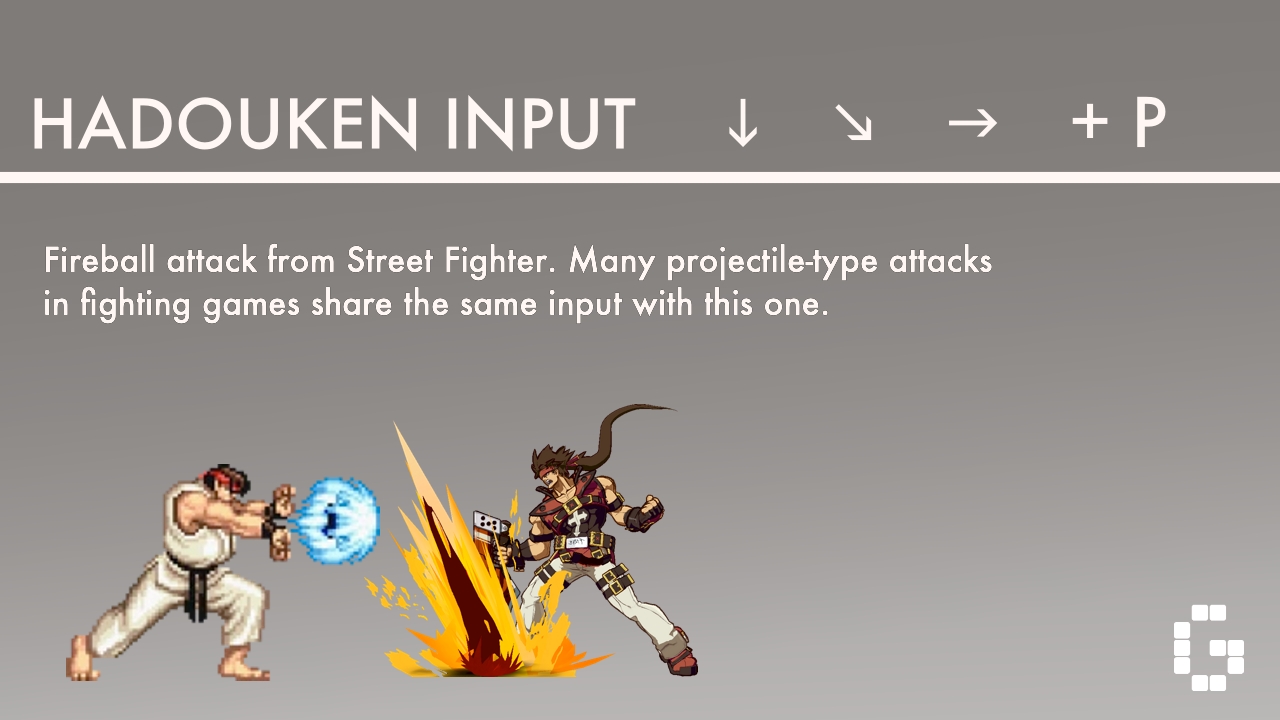 When playing with a joystick, most motion inputs are exactly that- motions. You can hit most of those directions in one motion. A more extreme version would be the Potemkin Buster from Guilty Gear. In this case, you’re looking at a half-circle, rather than a quarter which may be harder to pull off when you’re under pressure.

Nowadays, many fighting games are simplifying their use of motion controls. Blazblue Crosstag Battle, for example, dropped the shoryuken motion and only uses forwards and backwards hadoukens. Granblue Fantasy Versus still has motion inputs, but also uses shortcuts which come with an extended cooldown.

Can You Input Skill?

“It’s part of what makes fighting games, well, fighting games,” he says. “A big part of it is the mental game during actual matches, which sometimes can involve screwing up your inputs on purpose. So the mindgame is not only within the game, but outside, too.”

He’s got a point. In Street Fighter, a Shoryuken is a powerful move that can punish enemies for being in the air. Thanks to its input starting with a forward motion, a forward jerk is a telltale sign your opponent is probably thinking of doing one. Another layer in, intentionally jerking forward is a good way of baiting your opponent into thinking you were going for it. 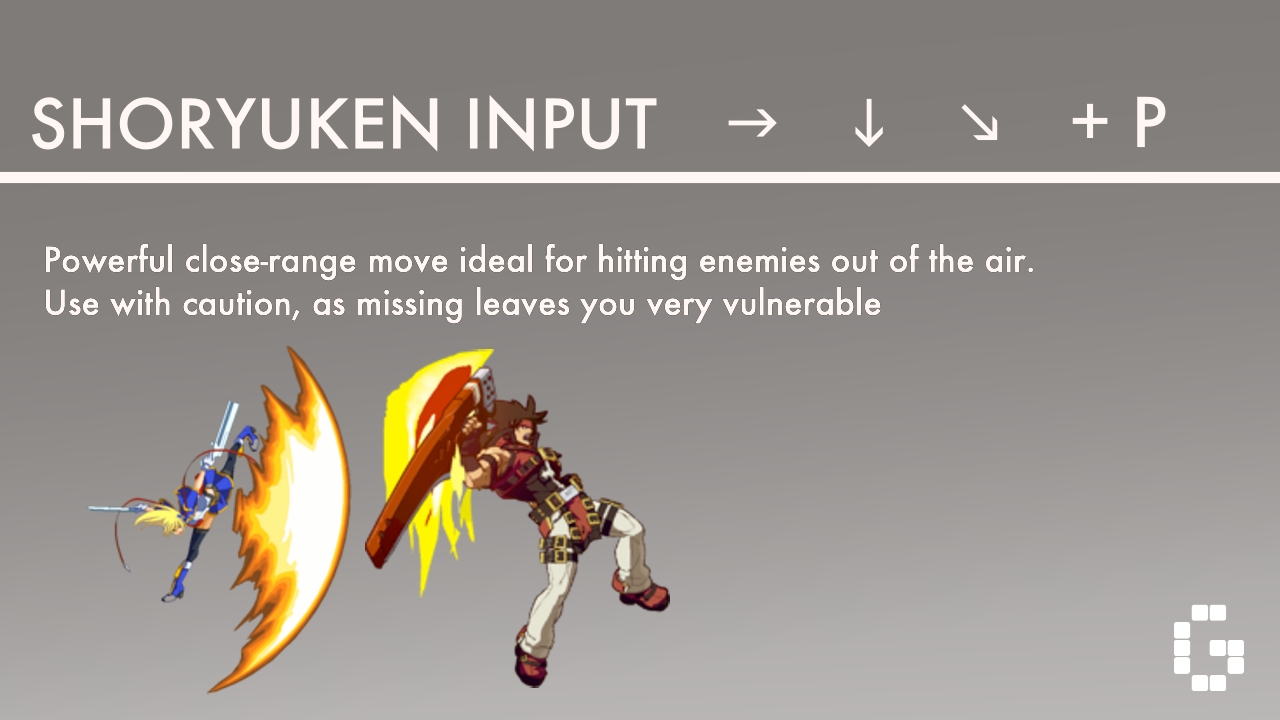 You could think about motion inputs like aiming down sights in a shooter. I mean, it’s perfectly possible to do well without ever having to aim down sights. You could argue a game that removes the need for precision aiming would be better to rope in less patient shooters, but ultimately aiming is a core skill required of the shooter genre.

Of New And Old Players

While removing motion inputs may be a good draw for new players, it doesn’t really help even the playing field against veterans. For a lot of characters, powerful moves are gated behind their difficult inputs. The Potemkin Buster is a great example of this- a powerful attack that goes through blocks for a lot of damage. Its half circle input is difficult to pull off, especially when you’re under pressure from your opponent. Meaning, you’ve got to spot the right opening for it. Of course, someone just picking up a game probably isn’t going to get this right in their first match. But maybe they’d have something to aspire to. Games with motion inputs have more moves than those that don’t. Which means that a Fantasy Strike character probably isn’t going to have as many options as a Guilty Gear character. While you’re likely to get the hang of a Fantasy Strike character quickly, you probably won’t in the case of Guilty Gear.

“Like, you can start out with a simple abc combo at first,” KZ says. “Slowly you will learn to add in more moves into your A>B>C combo eventually making what was hard easy in the long term”. Granblue Fantasy Versus tried removing the need for complex inputs and locking moves behind a cooldown. Suffice to say many people were quick to learn the value of a near-instant command grab.

Of course, it’s not like fighting games have been particularly static in nature. Granblue Fantasy Vs, for example, has tried experimenting bridging the gap between new players and veterans. Special moves in the game are tied to shortcuts, with shortcut inputs allowing the moves to be executed, at the cost of a longer cooldown between uses.

While it certainly helps newer players not need to do fancy inputs, KZ says tying it to a cooldown system is a less enjoyable experience for veteran players.

“Cooldowns are in place to keep the game from going too crazy, with some moves deliberately made OP only for it to be gated by cooldown”, he says. “It’s fair, but I hate it, personally. I don’t like having my tools locked out”.

There’s also a slightly more pressing issue with Granblue’s shortcut system. Since motion inputs still exist in the game, veteran players are essentially given a whole new toolset  that newer players don’t get to access. That is, that every move now has two variants: a shortcut version for when your back’s against a wall and the input version for more regular use. Unfortunately, getting into a match you had no chance of winning is part of the experience. Why do you think so many anime have this scene?

As someone who is relatively new to fighting games, I can see the temptation to complain about motion inputs as what’s stopping fighting games from enjoying more mainstream success. It’s much easier to introduce concepts gradually, which means either having a supportive group, or the financial stamina to play through multiple fighting games until you get to the more complex ones.

Pokken Tournament, for example, is very much about the decision-making. Combos are simple, and the gameplay boils down to a flashy game of rock-paper-scissors. It’s a great entry-level game, but eventually you’ll want to jump into something more complex. Blazblue Crosstag, on the other hand, while only using fireball motions, incorporates mixups. These force you to start thinking about hitting high and low, adding another layer to your decision-making chart.

My point is this: while the existence of lower-skill fighting games is great for accessibility, motion inputs will never be gone. The genre builds itself as one about pushing the envelope in terms of what you can do. As a result, more skilled players will always gravitate to the games allowing it.

That’s not to say new players aren’t allowed to jump into the more complex fighters, but the onus would be entirely on them to get to a level of skill they’re comfortable with. Or, in the words of Bob Ross:

Talent is a pursued interest. Anything you’re willing to practice, you can do.