Monster Hunter Stories 2: Wings of Ruin has revealed their planned update roadmap for the coming months in a special pre-launch stream. Monster Hunter Stories 2: Wings of Ruin launches 9 July, and the roadmap is accurate as of today. Should any details change, you can check out the official website. Players will be able to expect the following:

Players are also lead to expect to ride Deviant Monsters at some point. You can see the previews below: 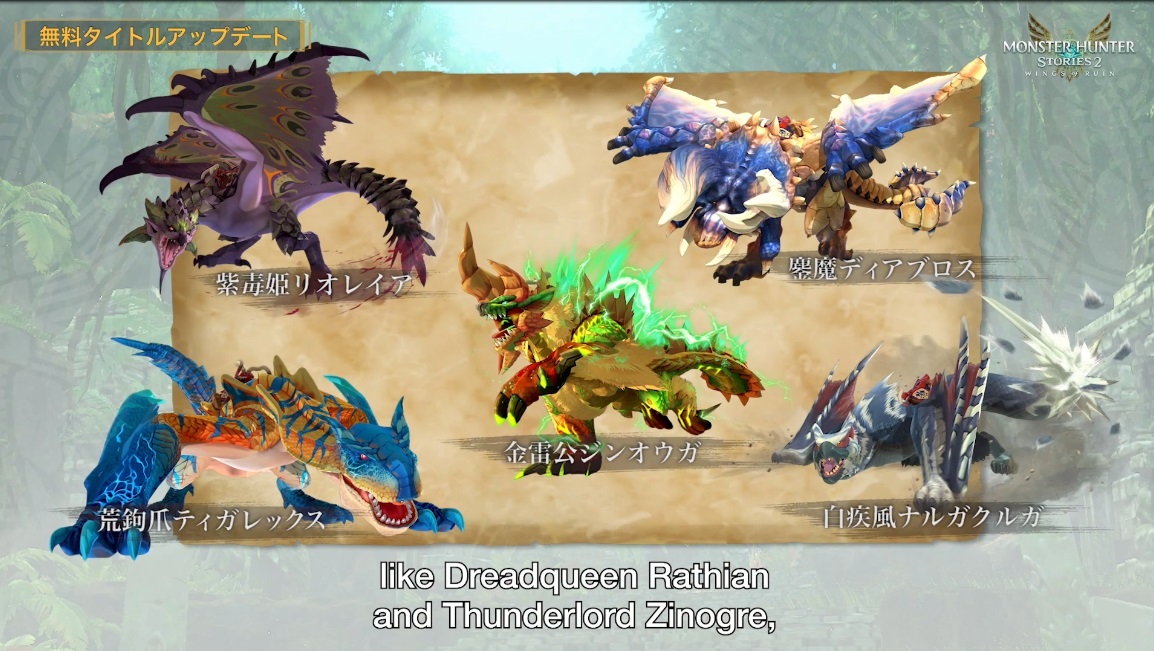 For co-op quests, the host will need to expend an Expedition Ticket, while their partner does not. A certain level of progression is also required when joining co-op quests.

As for the post game, you’ll be able to explore the Elder’s Lair, where you’ll be able to face off high level monsters. This is excluding all the Monsties you’ll want to obtain with all the gene inheriting meddling you’re likely going to do.

You can tune in to the livestream below, where they also demo some co-op play: