Monster Hunter Rise showcased more information at their January 2021 Digital Event! The full stream can be viewed below:

Naturally, they showed off locales and the monsters you can encounter in them. The locale they showed off was the Frost Islands, previously a nest of huge dragons. It’s said to have a creepy atmosphere, but is nonetheless populated by much life that you can utilize in your hunts. Meanwhile, the monsters you can hunt are: 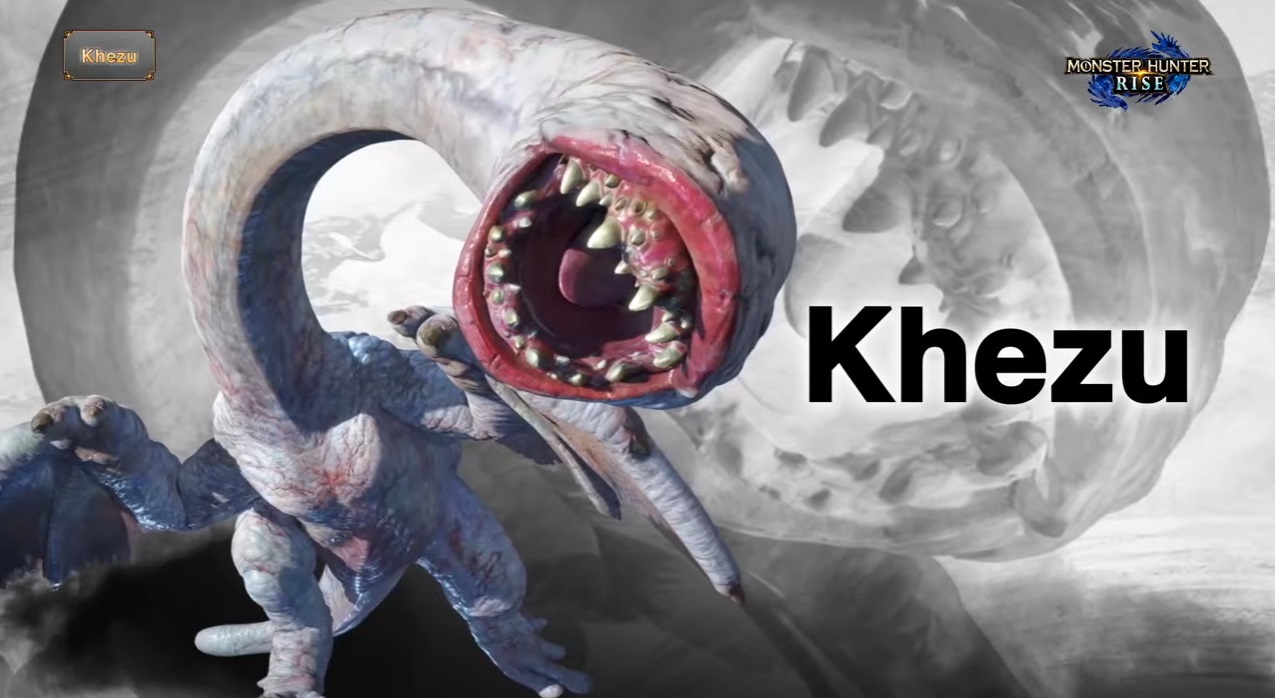 You will be able to unlock a feature called Wyvern Riding, where you use your Wirebug to bind monsters. With Ironsilk, control the monsters, and use them to attack other monsters. Deal enough damage to monsters through aerial attacks or through Silkbind attacks with the Wirebug, or use the turf wars! You can also slam the monsters into terrain.

There will be the variety of supporting characters, of course! The base will have a training area to try out your weapon actions, and change the behaviour of objects you try the weapons on. You’ll be able to take on the Rampage, whose details will be revealed in the future.

Editions have also been revealed:

Three amiibo will also be released on the same day as the game. All 14 weapon types will be playable in the demo. The Beginner and Intermediate quests can be played solo, or with local and online co-op. The demo will take you to the Shrine Ruins to have you check out the endemic life. A Palico or Palamute will be available so you can ride a Canyne and receive Buddy support.

Last but not least, there will be crossover bonuses with Monster Hunter Rise and Monster Hunter Stories 2: Wings of Ruin. No further details were revealed besides saying Stories 2 launches sometime Summer 2021. That’s all for the Monster Hunter Rise reveal in the January event. Get the demo for yourself soon! The game itself will be available 26 March 2021.

Give us some support by subscribing to our Youtube Channel !
Tags: CapcomMonster HunterMonster Hunter Rise
ShareTweetShareSend
Previous Post