The Game Awards has revealed its third-annual Future Class list, composed of 50 talented individuals around the world who represent the bright, bold, and inclusive future of video games including one Malaysian developer, Sophie Azlan.

The Game Awards Future Class features a diverse group of builders, thinkers, and dreamers whose voices elevate and diversify the art form of gaming and whose passion makes the industry stronger. With roles ranging from game developers to founders to artists and more.

“Since we started The Game Awards Future Class in 2020, we’ve received an incredible amount of support from the games industry at large in uplifting its up-and-coming innovators,” said Emily Bouchoc, Director of Future Class. “This year alone, we received over 2,500 entries from the talented members of this community – a true marker of how many talented young people we have working among us. We hope to foster connections among these inspiring individuals for many years to come and celebrate their achievements.”

This prestigious group of individuals includes: 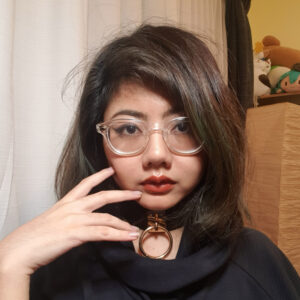 Listed among the members is the Malaysian game dev Sophie Azlan. She is most well known for her student project “Don’t Stop The Party“, which won the SEA Game Awards for Best Student Game and Audience Choice awards. More recently, she released the kaiju fighting game “GigaBash” as a coordinator at Passion Republic Games. Here’s a quick description of her from the Game Awards website:

“Sophie Azlan is someone who has been interested in the game development process since her teens, having cultivated her interest and admiration into a desire to break into the local scene. She graduated from university as an award-winning game designer, with her projects being the recipient of multiple awards on local and regional levels”.

“Sophie is a game changer and is excited to maximize her experiences and recognition to further develop and create within the Malaysian game industry, believing the future of games is accessible, expressive, experimental, and fun. She champions the sharing of information and tools between student devs and industry newcomers, and existing game industry players, as well as the voices and experiences of Southeast Asian game developers and consumers. Sophie is also active in select indie projects as a narrative designer and producer, and a member of Women in Games Malaysia (WiGout)”.

The Game Awards Future Class was established in 2020 amidst the COVID-19 pandemic in an effort to create a space where up-and-coming, like-minded people in the games industry could connect, grow and celebrate their achievements together. The initiative is headed by Emily Bouchoc, Director of Future Class, and Jessie Kuse, Internal Communications Manager. Through the program, Future Class members are invited to connect and share insights in the Future Class Discord channel and are provided with mentorship opportunities to foster and grow their talents. There are also special Future Class projects and newsletters available to the members.

To commemorate The Game Awards 2022 Future Class, The Game Awards partnered with Australian-based artist Tahlia Stanton to commission “Hope Lives On,” a painting representing the passion and perseverance of these future game industry leaders.

The Game Awards 2022 Future Class members will be honored during the live, in-person event on Friday, December 9, 2022, at 9:00 AM MYT. This will air as a free global 4K UHD Livestream across more than 40 global videos, social and gaming platforms including YouTube, Twitch, Twitter, Steam, Facebook, TikTok Live, and for the first time ever, Instagram Live.

“The Game Awards has always severed as a place to celebrate the games, creatives, and communities that are pushing the industry forward, and we’re thrilled to shine a light once more on the up-and-coming innovators who are evolving the medium,” said Geoff Keighley, creator, The Game Awards. “The Game Awards 2022 Future Class comprises 50 movers and shakers with a diverse range of specialties that are sure to change how we experience games and games-adjacent experiences in the future, and we’re proud to celebrate them.”