As one of the most prolific Malaysian studios, Lemon Sky Studios have worked on a number of popular games for the international market. At Level Up KL 2020, Head of Production Kevin Lai gave a talk about some of the important factors of working on the industry’s biggest titles.

With outsource work, the team over at Lemon Sky Studios weren’t really at liberty to make things at their own whim and fancy. According to Kevin, many of their projects were required to meet client specifications. Even then, it’s not like they’d get to work on big centerpieces on their first go.

Instead, Kevin says that building trust with the clients is an important step to getting to work on cool stuff. With Marvel’s Avengers, the team had started out being assigned much smaller jobs, such as mercenary enemies. However, impressing the clients netted them some even bigger assignments.

One of the most standout ones was one of the main characters in the game, Captain America. The iconic hero is on all the marketing material for Marvel’s Avengers, shocking most of the team at Lemon Sky Studios that they’d be the one to turn the 2D concepts into a 3D model. Similarly, the team also worked on Kamala Khan, arguably the game’s protagonist.

“Characters play an important role to draw people into the game,” says Edaline, Project Lead for Marvel’s Avengers at Lemon Sky Studios. She notes that this is doubly so for a Marvel IP, which exists only because of its large pool of characters.

Even Kevin himself was surprised, not thinking they’d get to work on such an iconic character. “We thought it would be some sidekick” he says. “But woah, it’s Captain America!” 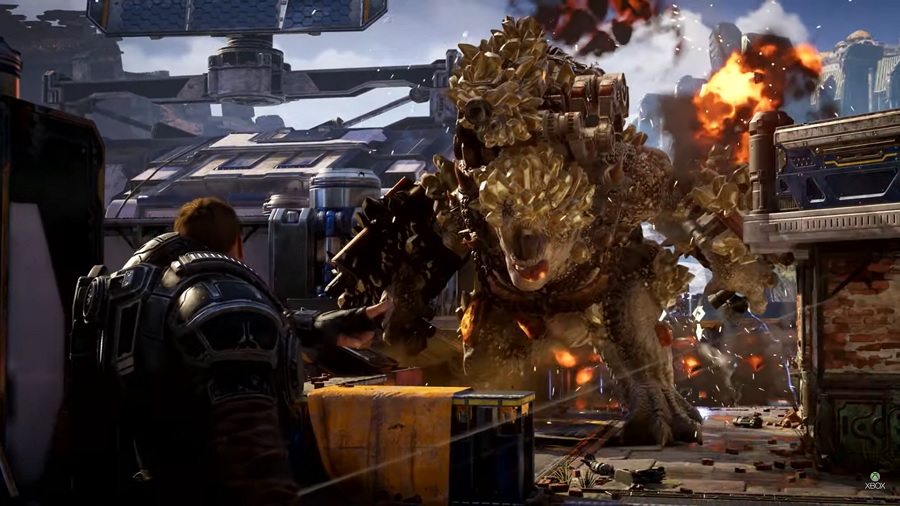 “You need to have trust, then you get this privilege” he says.

According to Lead Artist Yu Jing and Project Lead Johan, the relationship with their clients is a two-way connection. By putting their all into the task, they can reap the satisfaction of a job well done.

“It has a certain satisfaction to see our effects in place”, Johan says.

Aside from that, it helps to go above and beyond your assigned brief. Lemon Sky Studios has been behind two remasters of iconic strategy games, with Command & Conquer Remastered, as well as Warcraft 3: Reforged. For both these games, it pays to have staff who grew up on the iconic franchises.

With Command & Conquer, Kevin says that some of the artists working on the brief were too young to have even grown up on the series.

“They’re young enough to ignore the legacy”, he says. He does note, however, that this doesn’t stop them from doing their work. The team would have frequent communications with the client about the original game’s small sprite art, to make sure the remaster was as true to its legacy as possible. Leading this charge is Saxon Chong, Project Manager for the game. He tells us that when it comes to remasters, you have to respect the legacy of the original IP.

“For remasters, you have to follow, exactly,  the legacy art”, he says. “With remakes, you have to do another version of the game in 3D,”.

Having fans of the original game is good for the team, as evidenced by Kevin’s excitement for working on it. He talks about how by getting to work on the remaster, he gets to answer some long-unanswered fan questions.

“After 20 years, we finally know what the soldiers’ face looks like” he laughs.

However, it’s not just about liking the old games. According to Jin Yang, project lead for the game, you have to do your homework.

“The most important thing is the research”, he says. “Because every pixel art, we don’t know what the small detail is”. He says his team would have to communicate with concept artists regularly to understand what some of the small pixels in the legacy art signify.

But what if you need to draw from more than one old game? That’s the challenge faced by the team who worked on Blizzard’s Warcraft 3: Reforged. Here, having fans of the multi-game juggernaut that is Warcraft was a huge help in getting the remaster out.

“When I first got word of our involvement in this project, we had to involve ourselves with Warcraft Reforged, I can’t even use any words or sentences to describe it, it was a dream come true” Kevin says. He says this remaster was a huge effort for the team, drawing animators, technical artists and 3D artists as well.

Kevin says with all the expertise on board, they had to keep an open mind for all the new ideas that would be coming in.

“We won’t stop our artists from giving any input or ideas from the design”, he says. “I think keeping communications open is one of the secrets to success that we have on the internal development team”.

Thankfully, the team at Lemonsky had plenty of hardcore fans to keep the new look of the remaster faithful.

“One of the sides working on this project are the IP holder, so they know their project well”, he says. “And yet, [our artists] are hardcore enough to pick up on every little detail on units”.

With Warcraft, the team had the opportunity to see a lot of the game’s details up close thanks to the popular MMO World of Warcraft. This was especially important for things like Silvermoon, which aren’t as prominently featured in the RTS but are way more important in the MMO.

“A lot of things is actually interconnected,” says Mike, Lead Concept Artist. “When we started concepting it, I needed to make sure they understand what they’re working on, that they don’t just put some designs that don’t really make sense”.

Of course, there’s also plenty of happy moments from excited fans in the team to work on the project. For example, while the legacy animations had to be adhered to, Reforged added plenty of new animations as well. Simon, Animation lead, says this was their big chance to pitch new animations to Blizzard.

That being said, it’s not like they could coast on the legacy animations, either. “Don’t just make the same animation, enhance them instead,” Simon says.

“This project wasn’t like doing work for Lemon Sky,” he says. “Coming here it’s like doing my dream stuff”