What carries over into your new soul?

Like many RPGs, Atlus’ latest game Soul Hackers 2 includes New Game Plus (NG+) which allows players to bring over certain features like levels, items, and demons for their second playthrough.

Soul Hackers 2 has a unique way of doing new game-plus. While some data will automatically be carried over, other features are optional and can be turned off if you would like more of a challenge on your next playthrough.

What Automatically Carries Over: 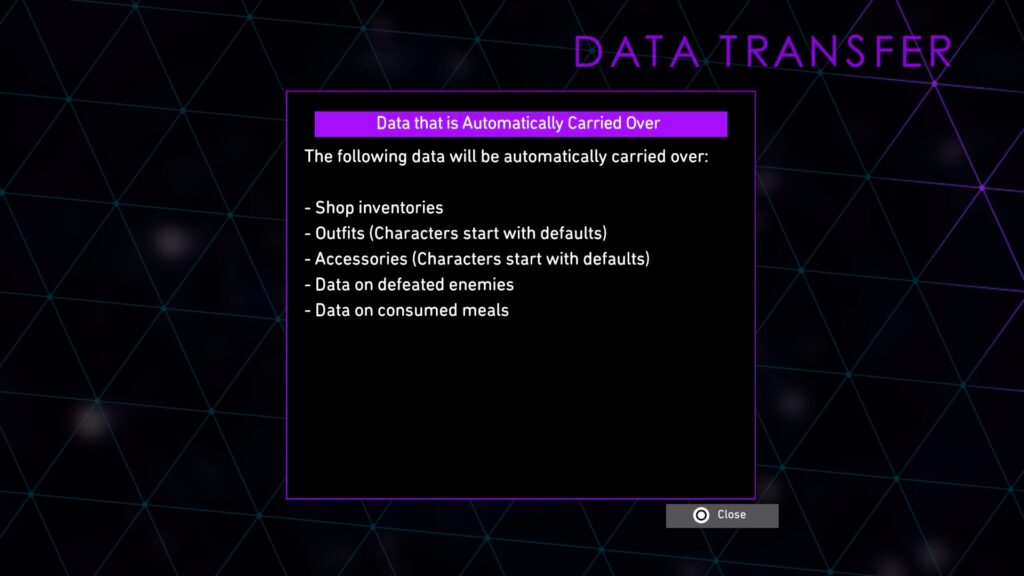 Most of the automatic NG+ features involve aspects of the game that won’t really affect the overall challenge of the next playthrough. These include stats on meals and enemies, costumes, and shop items. You’ll still need a fair amount of money to buy said items mind you.

What is Selectively Carried Over Data that can selectively be carried over include many of the features that you would expect from an NGP+ mode such as character levels, upgrades, money, and the ever-important Demon compendium for those that want to just summon Satan and break the entire game from the start. After beating the game, the player will be alerted that New Game Plus has been unlocked. Then, you’ll be given the option of what data you want to be transferred over. This means that if you want your characters to start at level one but still want to have all the money from your last playthrough, you can set the game to start that way.

It’s a nice feature that goes along with Soul Hackers 2’s greater emphasis on being more accessible to new players while also giving more options to series veterans to make the game more challenging.

Soul Hackers 2 is available for PS4, PS5, Xbox One, Xbox Series X|S, and PC via Steam.

For more information on Soul Hackers 2, check out our review of the game here. We’ve also made on guide on how to get each of the endings in Soul Hackers 2.

Voice of Cards: The Beasts Of Burden Launches This September

Voice of Cards: The Beasts Of Burden Launches This September