Bantan Sango has a new case, which seems to involve a warrior dog…? The Bantan Sango Case Files: The Warrior Dog is a relatively easy Genshin Impact event all things considered, except for the fact the stealth parts might be harder to manage due to how the detection works. Let’s get into it.

On meeting the requirements, you will get the Bantan Sango Case File: Mystery of the Black Shadow World Quest. Go through the dialogue, and you’ll be thrown into the event proper. Be sure to equip the Ubiquity Net Gadget. 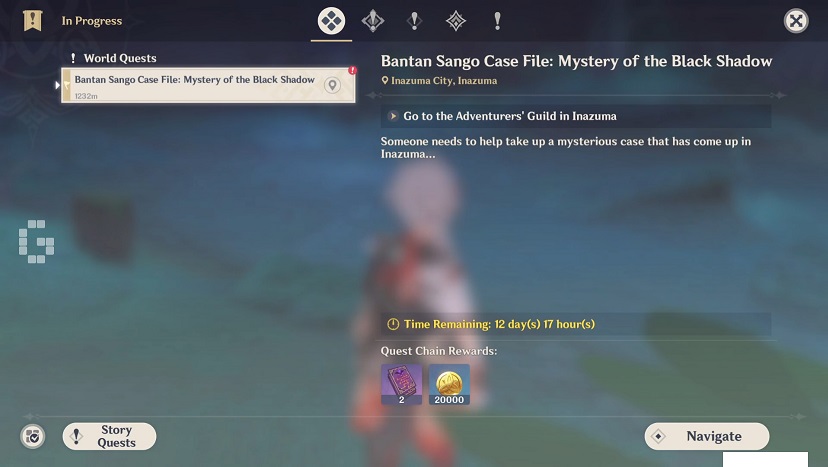 MYSTERY OF THE BLACK SHADOW

There’ll be both the stealth section, and the combat section. The guard dogs have a decently wide alert range. If they’re alerted, the animals will be engulfed in smoke and you won’t be able to catch them. If the guards are on alert, using a smoke machine will not immediately work. You will need to wait until the alarm passes. Catch the animals while within the smoke where applicable. You can see the actual radius of the guards’ line of sight when you’re really close. You can approach these walls / obstacles at a much further distance to stay out of sight. Be sure to have no obstacles when you throw out the net. Here, the projectile hits the smoke machine and not capturing the animal. 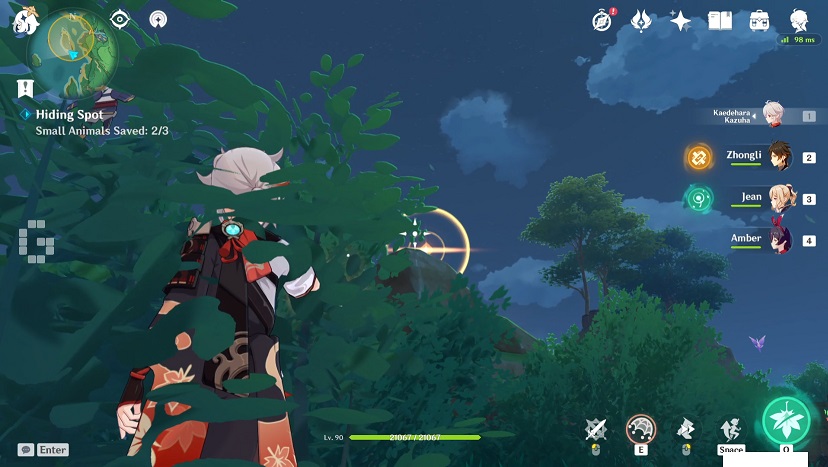 You can capture the animal from behind the small incline its sitting on.

The quest area will disappear once complete. 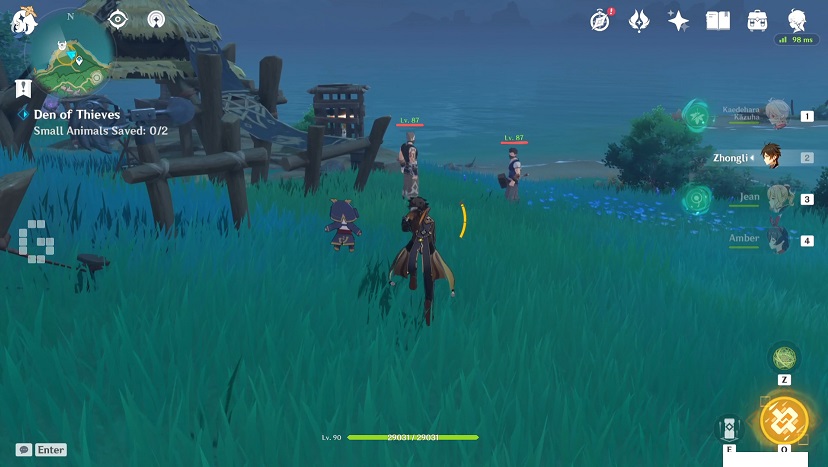 There will be three waves total:

Rescue the two animals in the nearby cages and Mystery of the Black Shadow will be complete.

Return to Ryuuji who has some more leads for you, and it’s back to rescuing the critters. This location features guards who can zip across really quickly. Approach the site by water, and use the smoke machines to rescue the animals. If you’re finding things too close for comfort, the water is relatively safe to wait it out. Temporarily knock this guard out so that you can run across to the barricades. Even though you might get detected, wait long enough here when the guards are facing the other way and the moment will pass. If needed, shoot at the cylinder with Pyro to activate the fireworks. There will be two waves total:

THE TRUTH (JUST ABOUT) COMES TO LIGHT

Another day, another meeting with Ryuuji.

You’ll want to destroy this barrel, or else your net will collide against it. If you’re fast enough, you can capture the other animal out in the open before the guard returns. Shoot this fireworks canister to distract the guards. Scoot over to this barricade and capture the last animal. There will be two waves total:

First, clear out the 4 Treasure Hoarders. You will later get to fight the dog, identified as Kageroumaru. Besides his slashing attacks, his biggest attacks will be this bomb, and Electro attacks. For the latter, the sword will start glowing purple.

Kageroumaru can be staggered, as he flails around for a bit on the ground, and can be Petrified (Zhongli). With that, it’s the end of Bantan Sango Case Files: The Warrior Dog, with the addition of a new companion in your adventures in Genshin Impact.