It’s Contingency Contract season again, confirmed for mid November for Arknights global servers! The event shuffling has thrown off many Doctors in a loop, but the desire to reach Risk 18 will never fades. Some Operators will shine more than others, but it doesn’t mean you can’t bust out a strat cribbing from others. Besides, we’re missing a few too, so will this be global’s time to shine with unique takes? Crownslayer is back with a vengeance, with Risk tags you can take to make her the non-memeable bullied boss for this iteration. There will also be stun snipers, for those who fondly remember them from Obsidian Festival (Ceylon’s event). There are EMPs on this stage too, but using them will open up another avenue of attack, so choose wisely!

You get a shiny rainbow badge if you clear Risk 18 in the first week.

Assume Myrtle will always be here. She returns, bringing her incredible Elite 2 talent, as well as being the DPS for the initial waves. Ideally she’d have been paired with Elysium to crank out the DP quicker, but you can just bring one other Vanguard with her and you should be fine. With the Wraiths coming in quick, her ability to Stun with her Skill 2 as well as packing some extra DP could make or break your run. Her damage slant would also help with more DPS whenever you need it. As such, Siege with her S2 for some DP generation and AOE damage will be quite nice. Her Talent to buff the attack of her fellow Vanguards when she’s deployed will not hurt. As you might expect since her debut, Blaze will be an incredibly good unit for the squad, be it consistent DPS with her Skill 2, or bringing the burst to clear out Wraith waves with her Skill 3. With the addition of the stun snipers and her resistance, she probably won’t get knocked out just when you need her to rev up.

It’s him, again. When it comes to waves, have him delete them for you with his Skill 3, and get some good damage into Crownslayer while you’re at it. Use her Skill 2 as burst damage, or her Skill 3 for some control. Depending on how much damage you need, use either skill as you see fit, while keeping note of your squad size. Need AOE stuns attached to damage? Then Bibeak’s your girl with her Skill 2. Due to how she needs to attack to actually generate the SP to use her skill, she might end up being deadweight if you don’t place her properly. Need to slow down even more enemies? Here’s Broca’s Skill 2 to help! With the Arts damage you get from it, it’ll also help when you tack on high defense Risks! Do watch out for when he self-stuns, lest you scuff a run from him knocking himself out.

Need to plug up some holes in your ground defense? Pick any of these Operators. Skadi you’d most likely be using her as a helidrop unit thanks to her Skill 2, while Hellagur and Specter will be standing their ground thanks to their self-sustain. Queen of Apple Pie returns bringing her dakka to the battlefield. She’s considered the core unit in a Sniper-team setup. As such, being able to stall for her or buff her attack will be key should you be utilizing such a strategy. Basically, you want pew pew. Blindsiding people with an early appearance, Rosa can be Exusiai’s support. Her ability to bind enemies with her Skill 3 could annihilate heavy enemies, or stall them long enough for Exusiai to go brr brr. Otherwise, you could use her Skill 2 for some pseudo-AOE damage thanks to the one additional target as well as fairly long duration. Her range could also otherwise let you place her out of harm’s way or save a spot for a unit you’d prefer closer to enemies. An option to consider for dealing both Arts damage as well as inflicting movement speed reduction on her Skill 2. The shuriken spins in place when the skill is active, so she won’t be your primary wave clearer, her role being more supportive. As usual, when you have high defense enemies, the black panther’s your girl. Once again, the caveat for her range applies. Need supporting fire with some soft control? May’s your goose. She may not honk as terrifyingly as a certain pair of terrible geese, but she’ll do her best to help if you’ve trained her up. Once again a mainstay, everyone’s favourite medic will more than likely be utilizing her Skill 3 primarily for its slow as well as reducing Arts resistance. Otherwise, Defenders are not widely utilized in this iteration of Contingency Contract, due to how Wraiths cannot be blocked anyway, and Crownslayer possessing her blink ability. Special mention goes to the vampire Medic of Rhodes, with her ability to buff a target’s attack power. If you’re using Exusiai, you’d very likely would want her as well to take advantage of Exusiai’s attack speed. Besides that, the exclusion of Medics is pretty common. Her playground now. Either her Skill 2 or Skill 3 will be used, be it slowing down and isolating single targets or wave clear. Most, if not all, clears of the permanent map will have your faithful messenger girl as a core unit. The penguin is here to cement her supporting role with her Skill 1, slowing down and binding enemies to be shredded by her allies. The bear can put in some work with her slowing attacks. Just make sure not to deploy her last or her lowered defense on Elite 2 will see her get sniped off before she can do anything. Need even more defense debuffs? Depending on the contracts you choose, you may or may not need the Saintess, but she can come in clutch should you need her to. Meebo go boom! Mayer will be able to both deal damage and stun enemies with her detonations. If you’re using a smaller squad size, her Meebos using up deployment spots won’t be as pressing. If you’re going to choose contracts that reduce unit defense, however, her Meebos will not be able to withstand the damage at a high modifier. The little fluffster will help with further control thanks to her Skill 3 slowing down anything that gets in her range, as well as applying her defense down debuff on anything that wades through her skill effect. She can also work to heal up any allies in her skill’s range as added utility. Your beloved kouhai will be putting her Skill 3 to work, blowing waves up instantly with the volcano. In tandem with Saria’s Skill 3, she should be dramatically weakening Crownslayer before she leaves the murder zone. 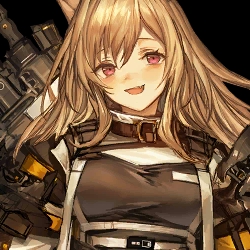 High defense enemies? Don’t mind if I do! With her Skill 2, Ceobe will be gnawing on her enemies bones with glee. Meanwhile, in comes a queen of crowd control, be it her Skill 2 or Skill 3. Mostima’s Skill 2 is more likely to be utilized, as any weightier enemies will not flinch, and it’s also on a long cooldown. Back to her duty of being a stun bomb, that extra bit of damage and control could make or break runs.

You might be wondering where Manticore and Ethan would be considering how much has been made out of crowd control, but if you don’t have the damage, there’s not really a point is there? Plus you’d prefer to use them in tandem for more consistent binding, and sacrificing squad space for that may not be efficient.

So there you have it, Pyrite in essence. You’ve got maybe another month to prepare for the pain all over again, but at least many of these Operators will come in handy over the daily stages and of course, the next Contingency Contract.

Arknights Global
Publisher: Yostar Inc
Developer: Hypergryph
Release Date: 2020-01-16
Android, iOS
Take on the role of a key member of Rhodes Island, a pharmaceutical company that fights both a deadly infection and the unrest it leaves in its wake. Together with your leader Amiya, you’ll recruit Operators, train them, then assign them to various operations to protect the innocent and resist those who would thrust the world into turmoil. Your tactics will determine the future of Rhodes Island. Fight for the Dawn!
Give us some support by subscribing to our Youtube Channel !
Tags: ArknightsArknights GlobalContingency ContractHypergryphYostar
ShareTweetShareSend
Previous Post