by Refluxxy
in All, Opinion, PS4 (Platform), Reviews
0

“In the darkest hour, when the demons come, call on me brother and we will fight them together.” As we have previously covered the details regarding the newest update for Ghost of Tsushima, here’s a review to Ghost of Tsushima: Legends which is the new co-op mode for the game.

Do note that this review will only be talking about the new co-op mode, if you’re interesting in reading our review on the base game, do check it out here. While the story for the base game is related to real-life history, the story for Ghost of Tsushima: Legends is based in a fictional supernatural lore. From the start of the campaign, the player will be playing as other Ghosts which inhabits the land of Tsushima.

When the Mongols invaded, they unleashed evil spirits called Oni. The crimes that Mongols did allowed the Oni to grow stronger. Past heroes arise and battle the evil spirits that now roam in Tsushima. Since the narrative of this co-op mode isn’t too drastic to the point where it changes the main story of the base game, the expansion can be considered to be relatively short but that doesn’t matter as too much since the it offers great replayability.

The main focus of Ghost of Tsushima: Legends is the ability to play co-op. Each mission is three chapters which usually takes around 10-15 minutes of game time depending on the difficulty. The missions come in different types such as tracking down hostages, saving hostages and killing all the Mongols.

Honing The Blade…or The Bow In the Ghost of Tsushima: Legends co-op mode, it allows up to 4 players for the campaign which can be played  in quickplay. There are a total of four unique classes, each with their own playstyle. These four classes consist of:

The Hunter class comprises of using a bow and arrow as your main modes of combat. If you like your playstyle to be not up close and personal, wanting people to respect your personal space and sniping people from afar, the Hunter class is best suited for you. Hunters rely on ranged attacks and precise aiming skills to wreck havoc on the battlefield. While you most certainly can snipe down targets and get headshots left and right, you can also act as a semi-support in the case where you help your team stagger opposing forces so that your teammates can land the finishing blow with ease. Keep in mind that aiming can be quite difficult at times so don’t be discouraged as practice always makes perfect.

But let’s say being afar isn’t your thing, you want to want to stand head to head against your enemies to prove your worth, then the Samurai class might be the one for you. 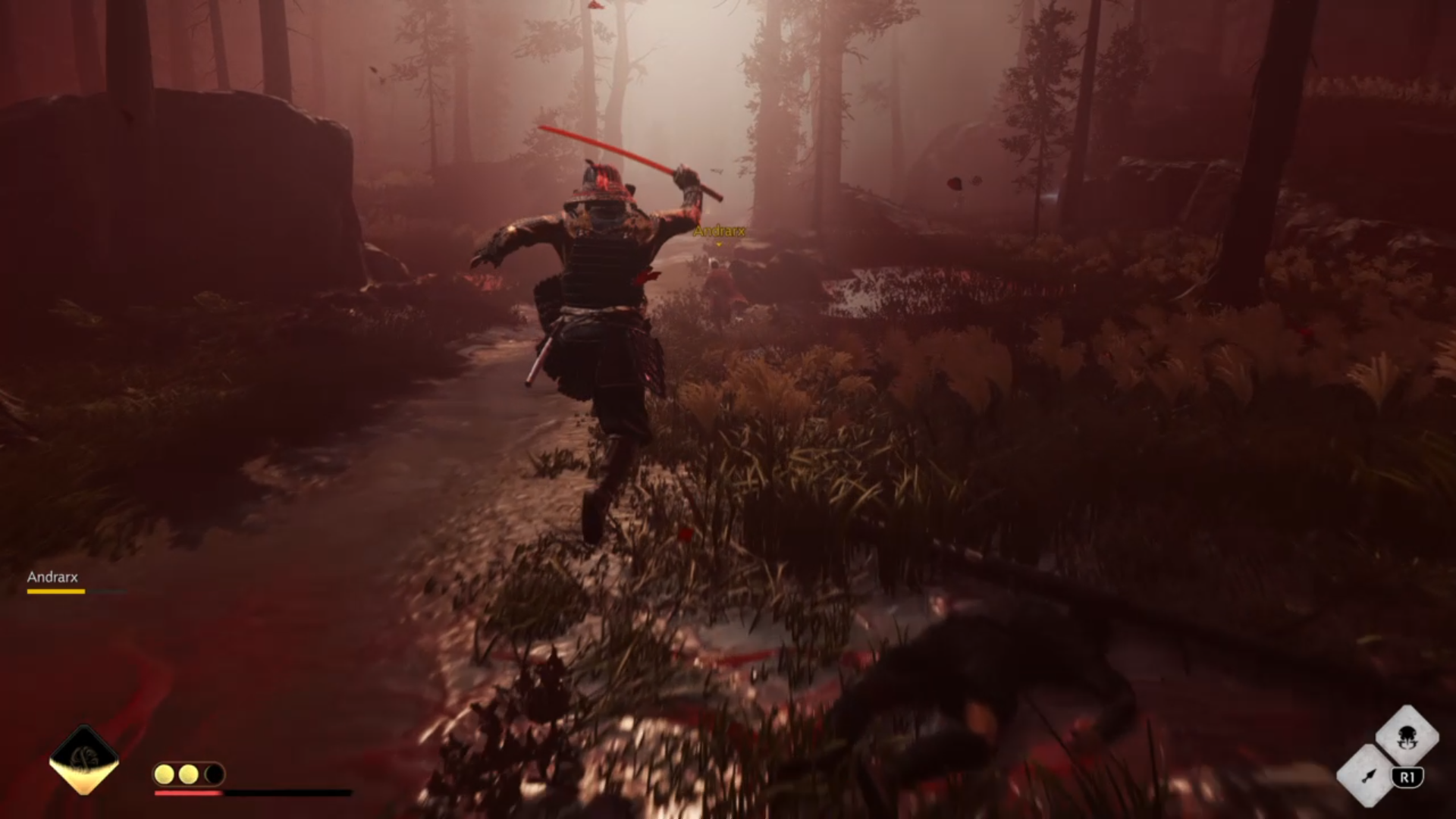 The samurai class is the all rounder class and has abilities to both damage and heal. They are the beginner friendly class since they go by the easy to get into but hard to master type of playstyle. If your playstyle centers around being the “in your face” type, the Samurai class is perfect for you since he also has the skill Spirit Pull which essentially siphons and drains health from your opponents.

Sniping from afar isn’t your thing? And you think that the Samurai class is too unprofessional? Then you might want to try the Assassin class, my personal favorite out of the four classes. While the Samurai is your all-rounder class, meaning that you’re highly specialized in what you do and that’s dishing out heavy damage. Weave your way through the enemy lines, coming in and out from the shadows with your Toxic Vanish skill to trick foes, allowing you to deal high DPS to your foes without even being noticed until it’s too late for them.

The classes above aren’t really suited for you since you don’t like bland playstyles? Do you usually main support in different games? Well, the Ronin class is your best bet. The Ronin class acts as the primary support of the group, specializing in healing magic as well as support damage, you act as the guardian angel amongst your comrades, saving them from trouble out getting out of tight spots in the battlefield. You can also summon in spirit animals as your familiars to aid you in battles.

Each class will have its own technique tree. They all start basic and will use basic abilities, combat, range attack, and assassinations. The class specializations begin expanding later. As you progress through the story, you will increase your Ghost level and power which ultimately also unlock the other classes that you’re able to play as during co-op matches.

Pick Up Your Blade Once More The addition of co-op mode brings along a new update to the base game, update 1.1 adds a New Game+ which adds new mysterious merchant, new horse and new gear loadouts have been added to different outfits. Speaking of outfits, players can now change outfits and charms with one click of a button, this feature can be switched on through settings.

In New Game+, you are rewarded with Ghost Flowers. It’s a new form of currency that you can spend at a new merchant to buy new cosmetics and charms which can help you in your journey.

Another improvement is Photo Mode where players can open it in any bow situation. While you aim the arrow, press right on the d-pad to go free camera while Jin is still aiming.

The Thoughts of A Samurai While playing through matchmaking, I often meet random players who were voice chatting to communicate. So sometimes you need to coordinate with the other players. Even when surrounded by enemies, they will always come and help. The game performs great in a co-op environment.

All the missions in Ghost of Tsushima: Legends are replayable at different difficulty levels. The three difficulties are bronze, silver, and gold. Bronze is just for the experience, meanwhile on silver, it’ll feel different because they add bonus objectives. You’ll be rewarded more if you can complete the harder difficulties so make sure to try your best to attempt them, or ask your pro friends to carry you. Ghost of Tsushima
Publisher: Sony Interactive Entertainment
Developer: Sucker Punch Productions
Release Date: 2020-07-17
PlayStation 4
In the late 13th century, the Mongol empire has laid waste to entire nations along their campaign to conquer the East. Tsushima Island is all that stands between mainland Japan and a massive Mongol invasion fleet led by the ruthless and cunning general, Khotun Khan. As the island burns in the wake of the first wave of the Mongol assault, samurai warrior Jin Sakai stands as one of the last surviving members of his clan. He is resolved to do whatever it takes, at any cost, to protect his people and reclaim his home. He must set aside the traditions that have shaped him as a warrior to forge a new path, the path of the Ghost, and wage an unconventional war for the freedom of Tsushima.
Give us some support by subscribing to our Youtube Channel !
Tags: co-opDLCGhost of Tsushima: LegendsReview
Previous Post