Netease Games‘ Lost Light sees players be part of a task force known as the Fireflies. As you play, you’ll be unravelling the mysteries behind a brutal exclusion zone that contains much riches for the brave, or foolhardy. We catch up with the dev team behind Lost Light in this short interview, so, enjoy.

If you missed out on the rundown of the game at Netease Connect 2021, it’s basically a post-apocalyptic looter shooter, steeped in realism. You can party up with other players if you so choose, with the option to either take the stealthy or noisy approach when it comes to challenging the exclusion zone.

The game is currently in soft-launch for Australia and New Zealand since 28 April through Google Play. More regions and platforms are most definitely in the works, with the team looking towards the United Kingdom and Germany for the next soft-launch roll out planned for end of June. You will be able to look forward to a bunch of launch rewards as the game becomes available in more areas. They’ll be added in parallel accordingly as it launches, so for the time being, interested players should pre-register through the official website while you wait.

As members of the Firefly Squad, there’s no actual “difference” among player characters. You will, however, be able to customize your avatar the way you like, including skin color, hairstyle, gender, etc. according to your tastes. A Fashion System is planned for the future, where you’ll be able to pick different outfits. A post-apocalyptic world doesn’t mean fashion gets left behind. Nonetheless, you can expect the fashion to conform to their vision of a “realistic shooting experience on mobile”, so perhaps nothing especially wild or garish. They’re quite proud of the innovative art techniques they’ve applied to their game to have their characters look as realistic as possible, pointing out the sharp gazes of these hardened fighters. Some of you might be thinking Lost Light seems similar in concept to Badlanders, also published by Netease Games, but they’re developed independently of each other. 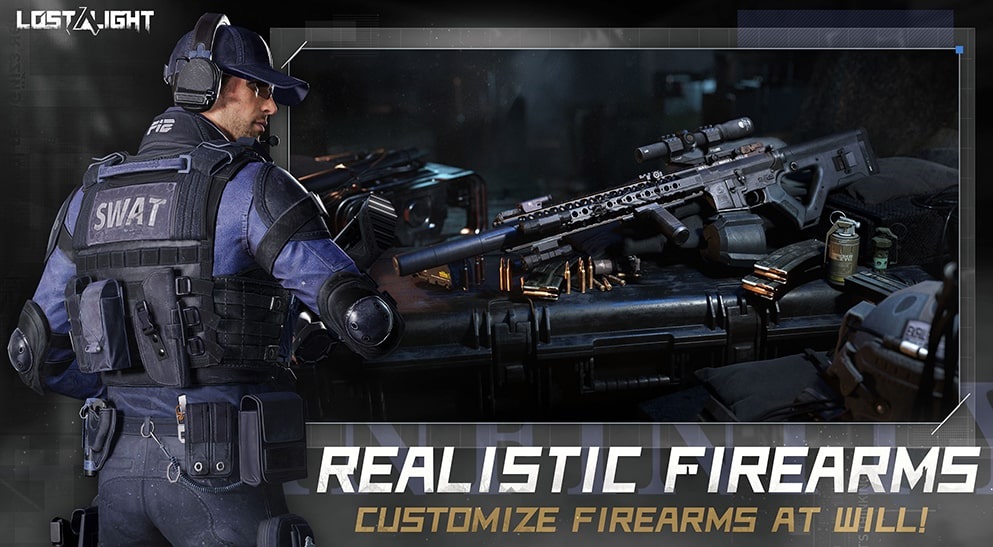 Now, the player driven economy is one of the key features of Lost Light. The team will be making adjustments as necessary, while they monitor the value of items across matches, promising to react in a timely manner regarding any abnormalities. Resource allocation, and obtaining and consuming resources will be regularly adjusted as well to ensure a better experience for players at every level. You can argue that people with multiple accounts will have an advantage over those who only play one, which the dev team acknowledges. They do have measures in place to ensure that people don’t overly exploit this ability, such as reducing the rate of access to benefits, or making any bonuses be account bound.

With that, we wrap up our interview with the Lost Light team. For those interested in the game, do pre-register via the official website, and stay tuned for its eventual release!

Lost Light
Publisher: Netease
Developer: Netease
Release Date TBC
Android, iOS
In Lost Light, players will venture into the lockdown zone as a member of the Firefly squad. Tasked with the mission to unfold secrets and conspiracies behind the brutal domain, players may choose to go solo with guns blazing, wreaking havoc and reaping the loots, or team up with other players, maximizing the survival rate and taking on even greater challenges.
Tags: Lost LightNetEaseNetEase Games
ShareTweetShareSend
Previous Post

Ratchet and Clank: Rift Apart Review – Travelling through dimensions on your PS5

Ratchet and Clank: Rift Apart Review - Travelling through dimensions on your PS5