There’s a certain spot in my heart for jank games. Just because a game isn’t polished like a fine Cadillac, doesn’t mean it can’t be great.

Unfortunately, Elex II is a test of how well you can straddle the jank-endearing line. It has a lot of the same signs of a beloved jank title like Fallout New Vegas- but those hints are just that- hints- because Elex II is an overall unfun experience that seems to spend more time wrestling its own shortcomings than being any fun.

So I’ll start this off on a positive note- I actually like the quest design for Elex II. Not the quests themselves, that’s still pretty bad. But the actual rules the quests are designed around for Elex II are pretty great.

The game has a pretty open quest design- you’re traveling around the planet, trying to unite a host of colorful factions against an alien threat. These require you to do all manner of quests sucking up to the various factions to earn you an audience with their leaders. 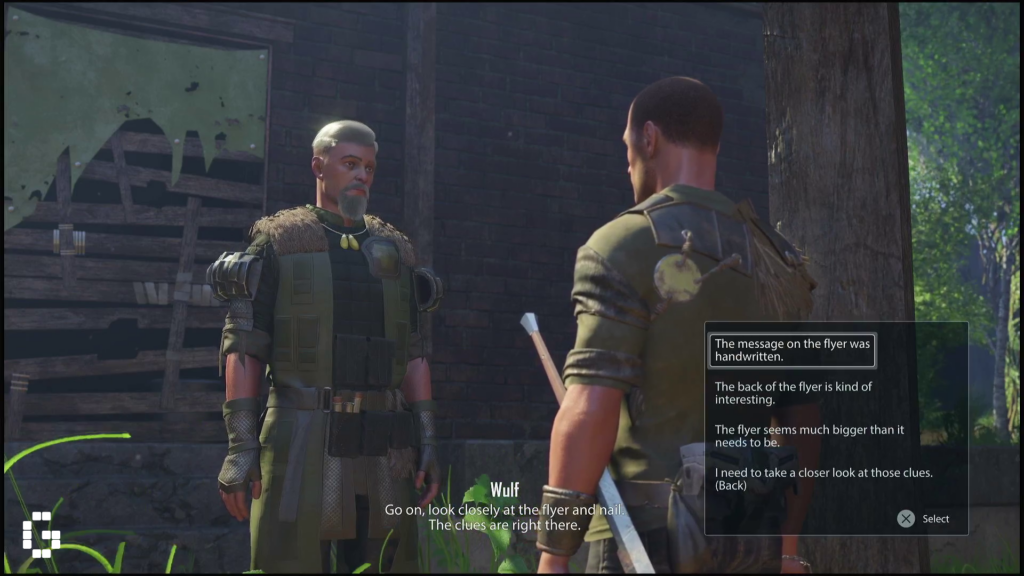 What I really like about the quests is that even if it doesn’t always allow you to use various solutions, the game does make the effort to acknowledge your choices. I was meant to do some busy work to get approval to be let into the Berserker Capital, and I tried to skip the quest by using the new Jetpack feature to vault the wall.

Rather than hit me with an invisible barrier, the game to its credit totally let me in. Unfortunately, as soon as a guard saw me they acknowledged that I’d snuck into the fort and threw me out.

I don’t mind that the game forced me to listen to Gardar be a dick to me- fair game, that’s what you want. But just the acknowledgement that I *could* have snuck in, had a guard not seen me is a nice reminder that this is, in fact, a game and respecting player agency always feels good even if you don’t get your desired outcome.

This acknowledgement works in friendly dialogue too- I’d started a questline before the main story required it of me, and you can just tell the big questgiver “yeah, I’m already hanging out with Wulf”. These are really great for roleplay reasons, since they’re totally acknowledging your agency

On the flipside, though, the game’s writing is pretty abysmal. Characters just don’t talk like people, often feeling like the voice actors suddenly got direction mid-line. It just takes you out of what’s mechanically the best system in the game by a country mile, which is a shame since the game’s NPCs are actually really good about acknowledging your agency as a player.

So a huge feature in Elex II is its open world, with various factions to try and appease. The game tries to go for a mix of sci fi and fantasy- with factions like the Berserkers looking like regular nord-punk people and things like Mana being a thing in the game.

Unfortunately the world of Elex II just isn’t fun to explore- screen-by-screen the game is just dull to look at. Unlike other open world games that are good about having something that you’d want to work your way towards, Elex II just gives you a dull forest while your milquetoast soldier man says he should get somewhere, but never really says what. It’s not helped by the fact the game drags its feet on you. There’s a variety of weapons and playstyles in the game, from guns to bows to melee weapons. Wish you could use them, though. Every piece of gear you pick up tends to be so over your level that it just feels like the developers forgot to turn off debug mode when testing the game. It’s not like grinding’s easy either- you have to go looking for new enemies to kill and at the end of the day it’s better to just get XP from doing quests.

No one’s asking for the Blade of Awe to be in a starting chest- but in a game as open as Elex II, it’d be great if you could have that same player acknowledgement extend to your equipment, too. A huge part of the distaste also comes down to Elex II’s art direction- I’m not gonna mince my words, it looks generic. Nothing about Elex II screams visually interesting, instead looking like a mish mash of generic concepts you could buy off the Unreal marketplace. Even the regular enemies- mutated animals looks more discount Fallout than anything worth checking out.

It’s personified by the main character, Jax. He’s a buzzcut white soldier man with a scar over his eye and a kid he has to neglect to show he cares about. It’s almost amazing how the developers have threaded the needle through every generic protagonist trope from 10 years back and included none of what makes any of it interesting. The one original thing they tried to add- the idea that he tried to warn everyone abotu the alien threat before they came- comes off as whiny and belligerent since the start of the game is just him stamping his feet that no one listened to him.

A new feature in the game is the jetpack, which actually makes decent use of the PS5’s adaptive triggers. Unfortunately the Jetpack feels like a late addition to the game’s design, and more of a solution to the problem that the game’s uneven terrain just isn’t fun to traverse. You spend more time Skyrim-Horseing your way up slopes with the jetpack than doing anything meaningful or fun with it, and it’s a shame. I briefly touched upon it earlier, but combat in Elex II is just not great. The game tries to go for a Souls-esque combat, complete with the white-dot-of-Lockon and rolling. But the combat is so poorly implemented in melee that you’d prefer it to be turn-based instead.

All enemies have a yellow stamina/stance meter, and attacks will do damage to that before opening them up to damage their health. I don’t inherently hate this system- Sekiro does it to great effect. But Sekiro at least knew how to pace it so that your ordinary goober was an incredibly short encounter.

Elex II has breaking the poise of even rats be a long arduous task, and the fact that your actual melee attack is the heavy attack just makes combat feel like a crawl. That’s not even getting to the harder fights- there’s mutants and monsters that will absolutely tear you apart if you so much as move wrong.

All in all it looks like someone combined the worst aspects of Arkham and Souls combat to make just a miserable experience that makes you reconsider violence as a default in videogames. It stands to reason that I did not like Elex II. It’s not just unpolished- games like New Vegas and Dark Souls are great examples of jank that found its way into the hearts of people- Elex II is a mechanically flawed game. That’s a shame too, because I definitely like the direction the game wanted to go- dialogue boxes, stat checks, those are all a great genre of RPG that’s been lost with the Ubisoftification of most triple-A releases, and Elex II could have been a big step to show that these games are still good.

Worse still the game actually *is* unpolished. Dialogue cutscenes will just straight-up not be lit properly, and you can have characters talking in the shade whiloe trying to sound sassy about something. HoloEarth Beta Announced For Next Week