HoloEarth Beta Announced For Next Week

Cover Corp has announced a beta for their upcoming Hololive “metaverse project” HoloEarth, letting players try out the virtual experience for themselves.

The beta starts on March 14th and runs until March 25th, but signups aren’t open yet- instead, Cover says they’ll launch signups as the beta starts for the game.

It’ll only be available in Japanese for now, though judging by the opening of an official English Twitter account it’s safe to assume that an English beta is also in the works for a later date.

Don’t expect to do too much during the HoloEarth beta, however- Cover says that the test is strictly for server load, and you won’t be able to do much more outside of interacting in the game’s main lobby.

“On March 14th (Monday), we will conduct a functional verification test that also verifies the server load using the prototype version of the “Communication Lobby”, which is the gateway to “HoloEarth”. In this test version application, it is possible to operate the test avatar, move in the lobby, and communicate with other players using emotes and text chat”, the statement reads.

“Through this test play, various operation tests, load tests with a large number of people, system checks, etc. will be performed.
The operation results of this function verification test will be used as a reference for upcoming events in the lobby and various function development”, they add. 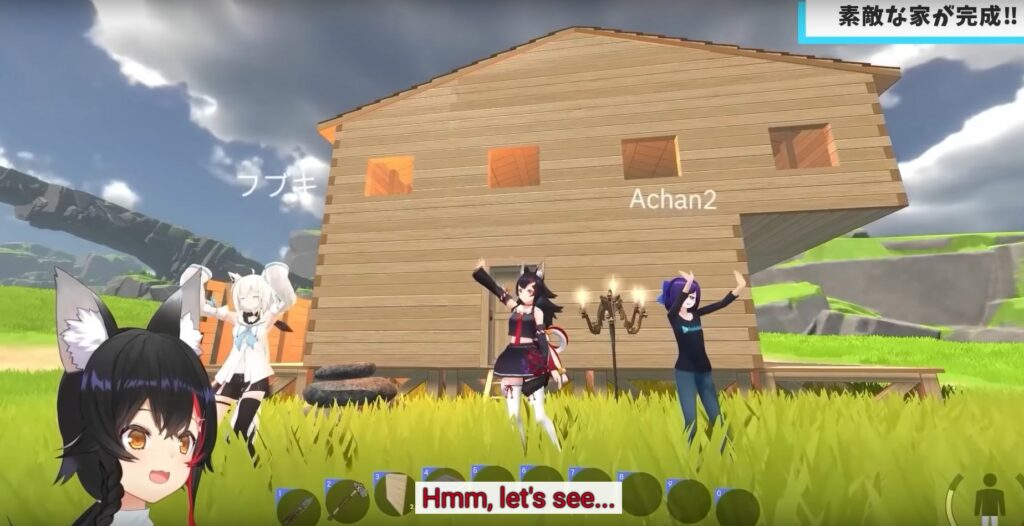 HoloEarth is a sandbox MMO built around the Hololive IP, featuring crafting, building and more.

It was previously shown off in a livestream, where players could use models based off of their favorite Hololive characters from big names like Shirakami Fubuki to even Hololive Producer A-Chan.