Dr. Stone Battlecraft to be released in September

Poppin Games has announced that their upcoming mobile game Dr Stone Battlecraft will be available for download this September.

The game is currently open for pre-registration on Poppin Games’ official website. If the game gets over a certain number of pre-registered players, special items will be given out to all players on launch: 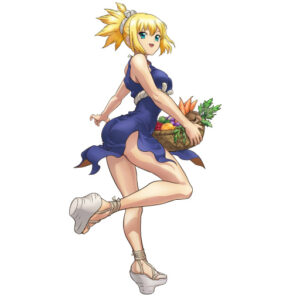 Additionally, in celebration of the launch date announcement, there is a giveaway being held on the official Dr. Stone Battlecraft Twitter account. To enter the giveaway: simply follow and retweet this specific tweet for a chance to win an original quo card.

Dr. Stone Battlecraft is a strategy game based on the Shonen Jump manga and anime of the same name. For those unfamiliar, Dr. Stone is the story of a young scientist trying to recreate civilization in a post-apocalyptic world after all life forms on Earth have been petrified.

In Battlecraft, players will gather materials to craft scientific items. These can be used for battle and developing your hub village alongside familiar characters from the show.

The official website also contains several screenshots of the Dr. Stone Battlecraft giving us our first idea of the battle system and combat. A teaser trailer was also released earlier this year.