We got to try out Devil May Cry: Peak of Combat, the mobile release of the popular Devil May Cry series. As someone whose heart was stolen by Devil May Cry 4 on the PS3 and then taught the meaning of copium via DMC: Devil May Cry, it’s safe to say I was a little optimistic to see if we could actually get a good Devil May Cry game on the same device I use to get scam-called.

But after some time with it it looks like, at best, Devil May Cry: Peak of Combat is a few years too late to the action genre. The game most closely resembles what I think is the current king of the genre: miHoYo’s Honkai Impact 3rd. It’s a very similar game, structurally, which leaves a poor taste in the mouth when you remember that this is a game releasing more than half a decade later with no ideas that feel like it’s putting its own spin on the genre.

Still, the game does ask interesting questions: for example, just how much should you compare a mobile game to its mainline entries? Read on and find out.

A huge part of my gripes with Peak of Combat isn’t entirely the developers fault- Devil May Cry as a series has a very hard core to translate to mobile. While many game genres are moreso carried by their visuals and characters, a huge identifying factor of the Devil May Cry series is its mechanical depth. It’s why DmC and Devil May Cry 2 are so often looked down on- the games didn’t live up to their own series’ standards.

To have put the Devil May Cry series on mobile at all it would need to be something action gamers can really sink their teeth into. Maybe it doesn’t need to reinvent the genre the way titles like DMC 3 did, sure. But it needs to feel mechanically tight, and remind players that they’re making all the cool decisions.

With Peak of Combat though, the game instead opts for yet another gear system. Players gacha for weapons, which have their own movesets. You’re only allowed to ever bring one, though- so even the trademark Devil May Cry Sword-into-Gun combos are off the table.

Instead, you’re given a simple basic combo. There’s of course held versions of attacks, and even a special button for specific special moves. While you have your usual red orb-based upgrades they’re not nearly as important as a second level up system, using generic colored experience crystals.

I don’t entirely hate the combat- one thing it does have over other action games like Genshin or Honkai is that it actually features air combos, for example. At the same time, though, it does feel like NebulaJoy may have gone a bit too far in the name of making the game more approachable on mobile, since it seems to have come at the cost of the high execution gameplay DMC fans are hooked on.

Does the game need frame-perfect MAX-Acts or Negative Edge Judgement Cuts? Of course not. But even something as simple as having different combos for different timings would have gone a long way to make it feel more like a Devil May Cry game.

Weirdly enough, of the characters we got to try, Lady (SMG) is the one who feels most like a Devil May Cry character. She’s been designed with a surprising amount of care- her dodge button will change into alternate moves depending on how many hits you are into your combo, actually giving an inkling of some combo expression.

Comparison Is The Thief Of Joy

Admittedly, maybe I’m being too harsh on DMC: Peak of Combat by comparing it to its console brethren. You could totally argue the case that it should be measured on its same merits, and on some level I’d believe you. But as more and more big IPs branch out to mobile, I also think comparing them to their mainline experiences is an important way to ensure quality games are getting made.

I should add that what combat the game does have is actually pretty good. For one it’s not like they’d suddenly caved and added an element system or anything. Features like a perfect dodge and the QTE tag attacks are actually really cool additions, even if they’re not the first action game to use them. To me, these are the kind of features that feel like a real step in bringing the Devil May Cry experience to mobile since they still feel mechanically complex to use while being better suited for mobile controls.

The idea of essentially treating each weapon as its own character is actually pretty clever as well, when you think about it. I don’t think getting rid of Dante’s ability to use guns at all was a smart idea- but having distinctions between Beowulf Vergil and Yamato Vergil feels like a pretty fair concession since DMC characters movesets are so unique. It’s only flaw now is from not investing enough into that concept- movesets still feel far too limited to be fun for longer than one mission at a time.

DMC Peak of Combat is so frustrating partially because it’s not a bad game- it’s got just enough going for it that you wouldn’t wanna write it off entirely if you’ve any love for the wacky woohoo pizza man. Things like the gear system feel so frustrating explicitly because they’re not Devil May Cry, but that doesn’t mean that, through it all, some of the game we fell in love with isn’t still shining through.

If nothing else, I hope a combat rework is something NebulaJoy might consider in future. It’s not completely alien- the current combat for the game is way more honkai-esque then the pre-release build we’d played previously. Because every combo fiend needs their kick- and a mobile game like this would be a great way to do exactly that. 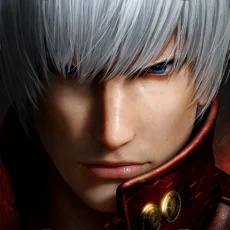