Code Geass Genesic Re;CODE recently had a livestream to reveal more details about the mobile game in the titular Code Geass franchise. The game is currently scheduled to launch 27 September 2021, currently only for Japan. Pre-registrations are also on-going, which includes the usual gifts of premium currency, consumable items, comic volumes and Blu-rays of the animated series. The caveat appears to clarify that the Blu-ray boxes in their entirety will only be given to one person, though the same is not mentioned for the print works. The story seems to revolve around the theme of “revenge” – apparently over a million words in length – with two “modes”: one looking to be the main story to delve deeper into the series’ mysteries and the other leaning more towards the predecessor characters. Additionally, there will also be other stories within the game, one of which revealed to be the “Crimson of the Blood Pact” arc. 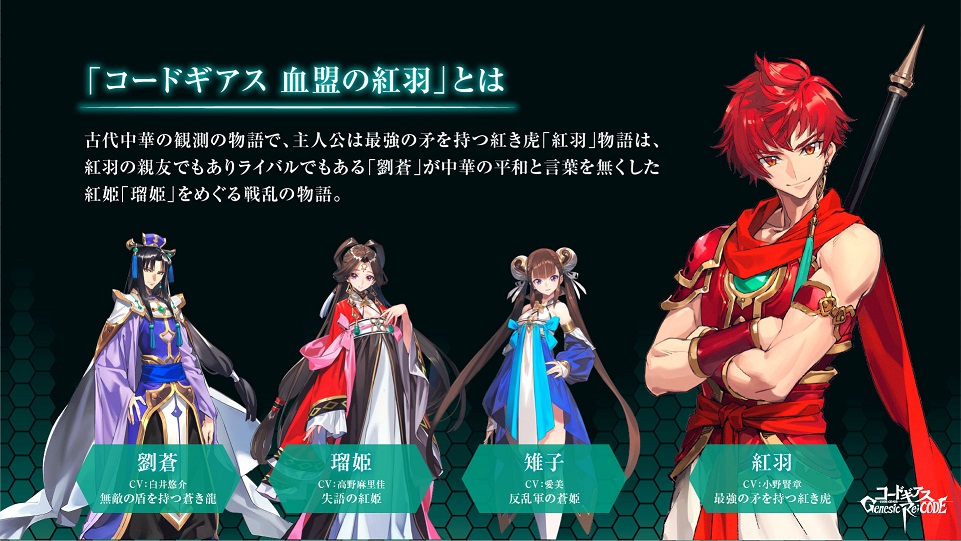 Two Battle Modes were previewed: the story mode ones where units will appear as chibi characters, where you can unleash your Geass in the fight. The other will see you command both Knightmare Frames and characters, one implied to be a more strategic mode. Last but not least, a new promotional video was released, which you can watch below. You can also find the full livestream for Code Geass Genesic Re;CODE to check out the other details for yourself.