At AFA 2022, Arknights had a stage event where attendees could watch the first two episodes of the currently airing Prelude to Dawn anime, as well as pre-recorded Q&As with Tomoyo Kurosawa (Amiya), Yuki Watanabe (anime director) and Misaki Nishikawa (assistant director). 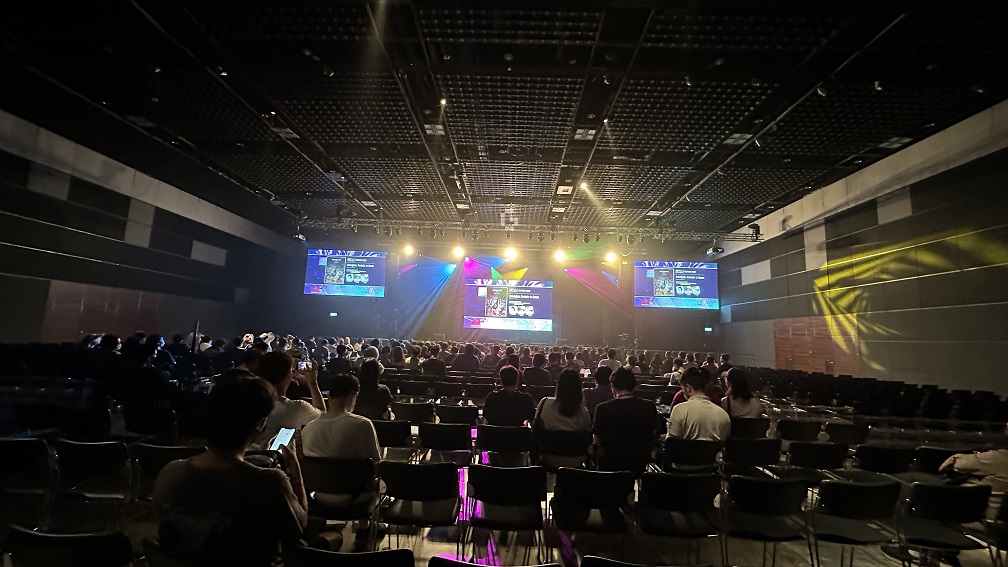 It really is something else to watch anime on a large screen with crisp sound quality; you really understand the appeal of stereo sets.

Anyway, if you’re not familiar with the anime or the game’s setting, here’s a summary: Arknights takes place on the world of Terra. Catastrophes are phenomena that ravage the land, which could be wilder storms or even raining meteors. People live on massive mobile cities which will allow them to relocate away from getting caught in them. So far, so good.

However, there is also Oripathy. This is quite an infectious disease caused by exposure to Originium, some rock / crystal material of which is abundant in Terra, used basically everywhere including powering the mobile cities. Due to the infectious nature – as well as fatal, without a known cure – of this disease, the Infected are shunned. The Reunion Movement are primarily comprised of these persecuted Infected. On the other hand, we have our protagonist faction, Rhodes Island: a pharmaceutical company wanting to find a cure to the disease.

As a fan, the expository chapters in the game can feel like a drag. The anime keeps this at a brisk pace, mostly naturally easing the audience – via the Doctor character, who we learn has amnesia – into the setting. Despite their amnesia, the Doctor has apparently retained their legendary abilities to command those under them to assured victory. Just as well, as Rhodes and Reunion are going to be clashing here, and further beyond. It can even be a little funny to see how there’s even an in-universe slate much like a regular smartphone to mimic how players interact with the game.

Once the anime episodes concluded, it was straight into the Q&As.

She voices Amiya, the face of Rhodes Island. She talks about how she gradually developed affection for Amiya as the story progresses. Amiya may be young and cute, but there is a reason why she’s the main character. “You can tell at a glance that she is dependable,” Tomoyo Kurosawa says. “She’s such a cute girl but often says things that are hard to understand. I had to have her say these things, while still sounding ‘cute’.”

Much like most of us – at least for me – she’s also excited to see Ace, one of the anime’s side characters, and praises Takashi Matsuyama’s performance of him. She closes off her segment by thanking us for supporting Arknights, saying that it’s because of that that has seen the game be adapted into an anime. 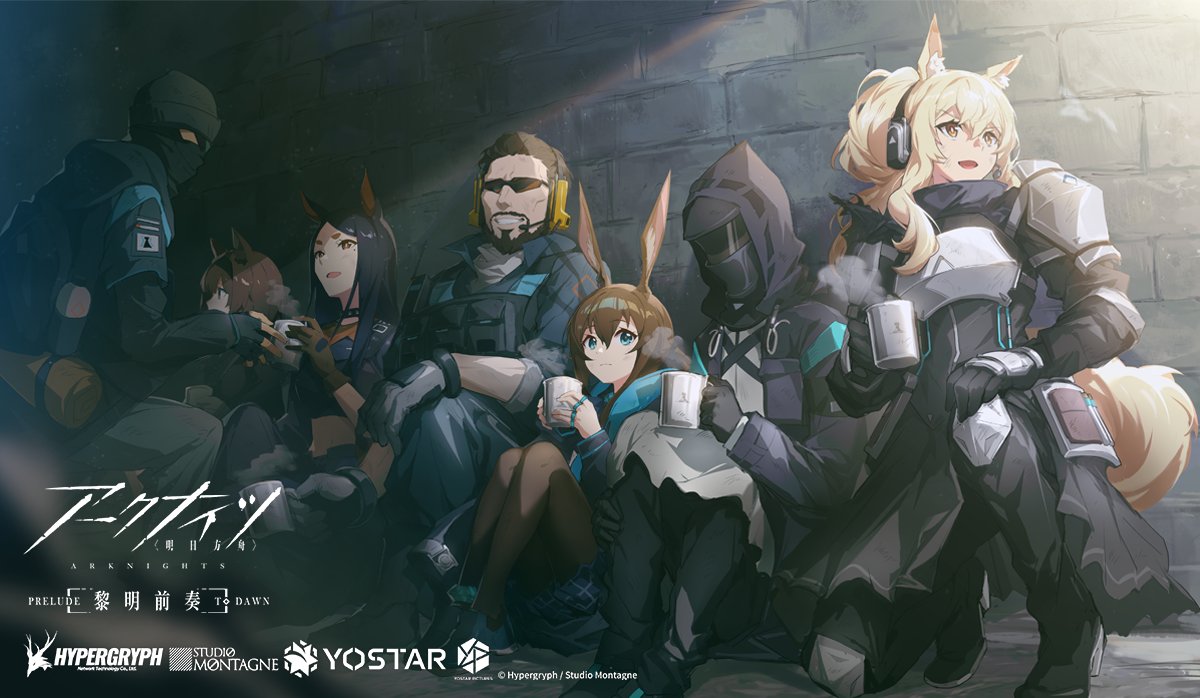 WITH YUKI WATANABE AND MISAKI NISHIKAWA

The director and assistant director hopes we’ve enjoyed the first two episodes thus far. In their Q&A, it was focused on the challenge of adapting the mobile game into an anime, being considered a “tough nut to crack”. The story is fairly deep and dense, which adds to the difficulty of translating that to the screen. They wanted to have it stand on its own as a series.

The Doctor is the player character and is pretty much the classic silent, faceless protagonist. Deciding how they would act was the first thing that was brought up with regards to the project. They were choosing between leaving them out completely, or give them enough personality so that the other characters could properly interact with them. They went the route of fleshing out the Doctor, saying that a story with only Operators “was out of the question”, adding, “We make anime assuming the viewers haven’t played the game, so we include elements both players and newcomers can enjoy.”

Terra is not a kind place. This in turn directed their cinematography, where they wanted to “strike the heart.” You’re meant to see these characters doing their best in a cruel world, while avoiding mindless violence. “Darkness” did not mean gratuitous gore, or anything of that kind. The anime should have you asking what happens next, keeping the flow. To that, they have the episode names at the end, as well as minimize monologuing unless truly necessary so that you remain “in” the story.

When it comes to the production, they mention talking it out should they run into any problems, with Yuki Watanabe often going with what Misaki Nishikawa thought would be a good idea. They reveal how even after recording some dark scenes, the actors would chat together with an overall cheerful mood. 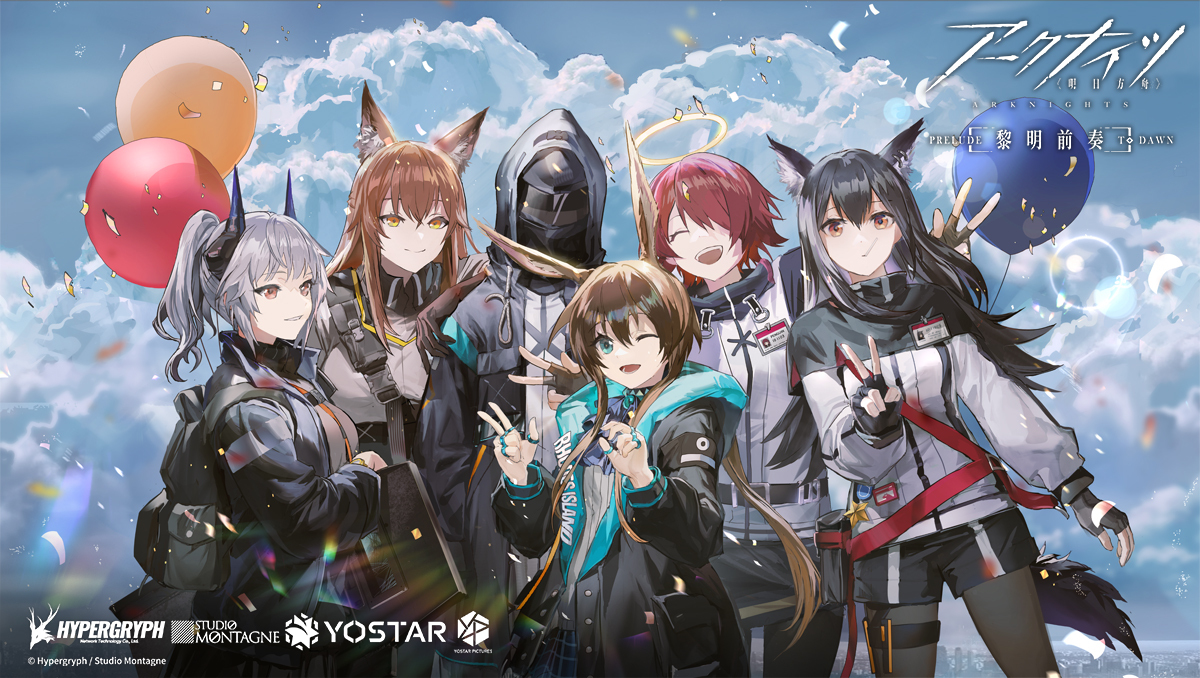 In closing, they consider the appeal of Arknights lies in its polished story and characters, with always new things to learn about them on a second go. “We’re sure there are a lot of longtime fans in the audience now. Please look forward to where the story goes from here.

I know I will.