Thanks to Bandai Namco, I had the chance to try out a press build of PROJECT Cars 3, Slightly Mad Studios‘ sequel to the previous game of the franchise. The game will be available for PS4, Xbox One and on PC come 28 August 2020, promising to bring you the Ultimate Driver Journey once more. For more context, you can read our coverage of the keynote that revealed the game here. Since it was a press build, trying out the multiplayer / online functions would be a moot point.

As mentioned in the keynote, there’s plenty of achievements you can work towards. Winning races will get you an amount of credits, which would then be used towards getting new vehicles or unlocking other tracks early. The Career Objectives are basically track-by-track missions: obtaining a certain amount of them will then unlock new tracks, and new vehicle class tracks. As you can see in the screenshot, you can find the EXP gained from completing the challenges, which differ from track to track. You can also see how many more challenges you need to complete or credits required to unlock the rest of the career track for the vehicle class. Before starting the race proper, you can fiddle with the settings which I find really nice. If you wanna have someone try out the game then you can turn on all the assists and turn down the difficulty according to what they’re comfortable with, and when you want to play it regularly, you don’t need to exit and go through even more loading screens just so that you can switch them back. It’s a nice quality of life touch that can get overlooked. Once the race is done, you can check what accolades you’ve earned for bonus experience towards your career level, then experience and credits earned from completing the event itself. I was just trying it out since I’m not familiar with racing / driving simulation games, so my driving was highly assisted. The more you assists take off, the higher the experience multiplier, so the more experienced can race – hah – through the career ladder much faster than a complete newbie. The progress feels gradual and natural, so you’ll get there when you get there.

Considering my lack of experience playing more “realistic” racing / driving games, I would not offer any deep analysis about the whole game experience. I do like the sheer plethora of options that Slightly Mad have given, so I can say with confidence even the worst virtual driver can find something in PROJECT Cars 3. I mean, look at the options I can fiddle with, and it’s not even showing everything: Using the keyboard and mouse, the controls feel “heavy” with these settings, me really having to press down on the keys to get my car moving. Without trying out a controller or dedicated wheel, I would say that the keyboard is probably not going to be the optimal way to play it. I get the idea that the “weight” would contribute to the “realistic” feeling of driving, and even with beginner settings and assists, it’s not the easiest for me to steer. Cue plenty of crashing and lap times being invalidated due to contact.

There’s no variety of weather conditions in these early tracks, so I can work on struggling through to clear the challenges to unlock the next thing. In this case, I can simply use the Credits I’ve earned through gradual play to unlock later tracks. The commentary during the races can get quite repetitive, not the most riveting aspect of gameplay but it’s there. I’m not sure if it’s because it’s on beginner AI, but when I do manage to catch up to them, they seem oddly clustered together. It doesn’t make it easier to overtake them since there’ll be plenty of contact, but hey, that happens.

Both driver and vehicle can be customized. I didn’t really bother playing around too much with the driver customization since it’s not like you’d be seeing the avatar much anyway, besides podium shots. In any case, the driver customization (in the press build, should Slightly Mad decide to expand on it in the future) is extremely limited, the emphasis being for the cars instead. As promised in the keynote, there’s a dizzying amount of things to upgrade and customize. Since I didn’t unlock the higher tier model cars, I’m not sure how far the upgrades can go, but there will be at least two tiers of upgrades, with the option to upgrade to a preset. You can check the stats before you commit. You can customize the details on your car from the body to the wheel brands, so there’s plenty of tweaking you can do to make the car of your dreams. Show off your personality! Once you’re done, you can take some beauty shots of it through Photo Mode. 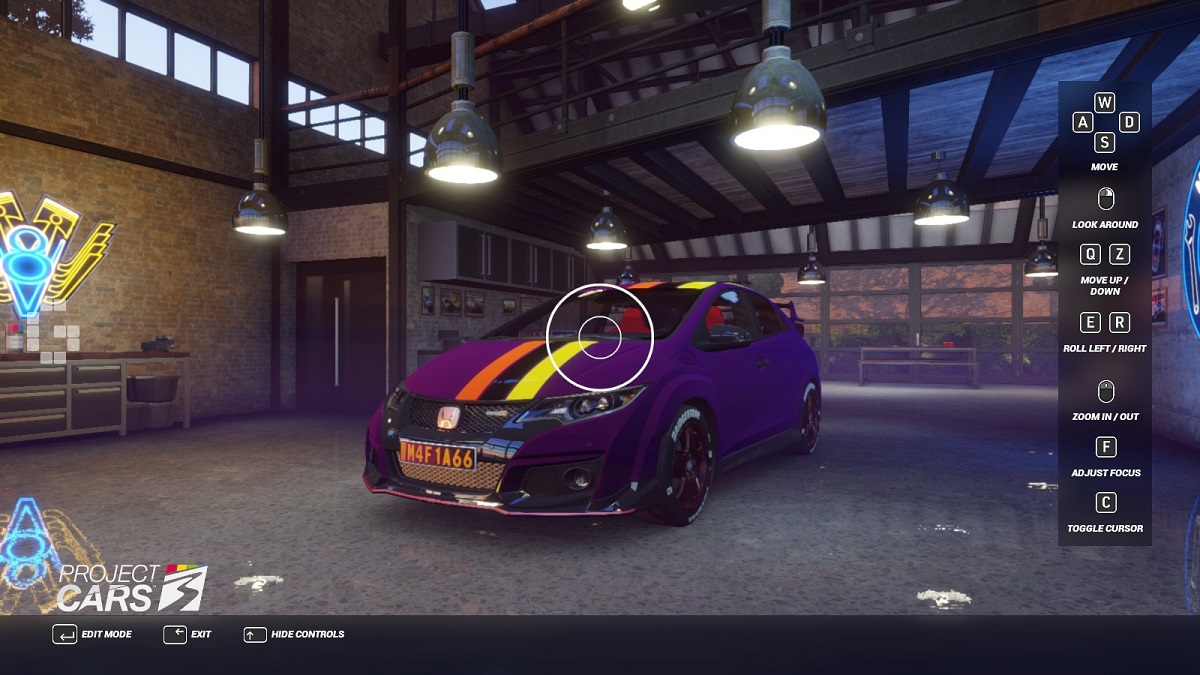 When you’re ready to move on to a new class of car, stop by the shop to spend your hard-earned Credits. The garage will occasionally have cars on a timed sale, so bargain hunters can keep their eyes peeled. Cars are locked behind driver level, so you still need to earn your wheels besides gaining the Credits to purchase them. With the most of my driving / racing game experience being Burnout, I can only offer my rookie views regarding the game. PROJECT Cars 3‘s options make it incredibly accessible to even someone like me, and while I won’t be winning or making time yet, I’m still able to make tangible progress through the game, at a slower rate than pros, but progress nonetheless. It’ll be a long road for me to get any better at controlling, but I can still buy fancy cars or unlock tracks I’m not ready for if I just grind out the credits. Surely along the way I’d be able to get better!

The accessibility options are just that: options. You can crank it up and down whenever you like before a race, and get rewarded accordingly to how much you challenge yourself. Even at the most beginner level and placing 20 out of 20, you will still earn some experience and Credits, so lack of experience is not a barrier in the least to get the shiny car you want. Put in the time, and you’ll get there!

I’ll leave it to the simulation connoisseurs / pros to decide on the more technical side, but as it stands, it works just fine.