World of Warcraft Shadowlands Gets A New Release Date

After a long wait, The recently-delayed World of Warcraft: Shadowlands expansion will be releasing November 24th. Blizzard put out an updated map to show when the expansion would go live for each region: 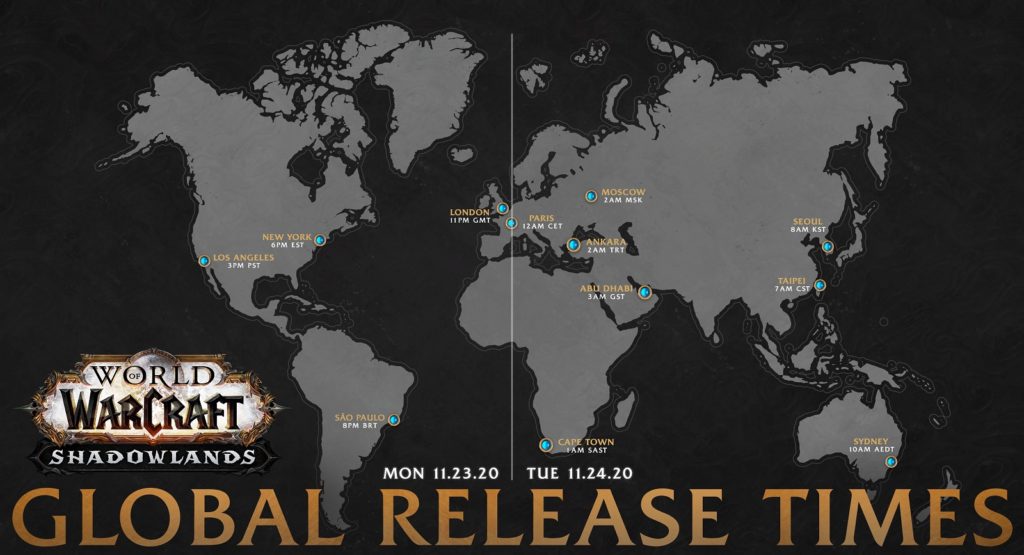 John Hight, Executive Producer for World of Warcraft, talked about what the team’s been up to since the delay:

“Since we first told you about our decision to delay, we’ve used the time to further polish the expansion and shore up the endgame, including overhauling the combat and rewards in the Maw, and reworking the Covenant systems to make your choice more immediately impactful and have clearer long-term goals”, he says.

“Now the team is in a great position to get things the rest of the way to the finish line before November 23—and as always, we’re committed to working with you to improve the game for as long as you’re out there playing it.”

Eager fans can also begin to dive into the action with the Shadowlands Pre-Release event, which starts November 10th. There, adventurers can battle The Scourge who have risen up thanks to the actions of one Sylvanas Windrunner.

SImilarly, Blizzard has also announced the first raid for Shadowlands, which drops December 9th. The raid will take place in Castle Nathria, and will be the first 10-boss raid of the expansion. This also signals the start of the game’s Raids, Mythic Dungeons and PvP Season 1.