The game takes place around the same time as the 9th Edition of the tabletop– the Indomitus Crusade. You control a fleet of Primaris Space Marines, rebuilding after an ambush by the forces of Chaos. It features real-time PvE combat, as well as ability-boosting Heroes that you can recruit into your army. The game will feature a host of new and old units for fans of Warhammer 40,000, such as the brand new Primaris Reupulsors and Intercessors, as well as the long-standing Dreadnoughts.

While the core of Warhammer 40,000: Lost Crusade is PvE combat, developers Nuverse have said the game will feature PvP elements via the Guild system. They haven’t elaborated on if these battles would also be real-time or not, however based on the fact they only mentioned Guild vs Guild gameplay it doesn’t sound like there’ll be option for 1v1 matches for now. 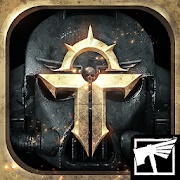