With a new banner refresh that will last until 8 February 2022, we have the addition of Valentine alts for Mihono Bourbon and Eishin Flash to the Uma Musume stable.

As per tradition, the stable of Uma Musume is getting its very first (albeit early) Valentine treatment, and given the options, we may potentially see our first meta shakeup in a while. Should you roll? Let’s see. As one of the earliest new units to be released, Mihono Bourbon has been given her first alternate version and it appears to be very impressive. Good affinities in all distances mean you can run the cyborg in any distances you wish, especially with those training bonuses. More importantly however is the inclusion of Groundwork, a skill that has essentially separated the best runners from the others, as it gave you an acceleration boost from triggering many skills at the start. While that may be situational in standard PVP, it is almost a guarantee activation in the Champions Meetings, provided you equip the appropriate skills. Furthermore, her unique character skill heals you on the side apart from providing a speed boost. Definitely roll for her if you can. 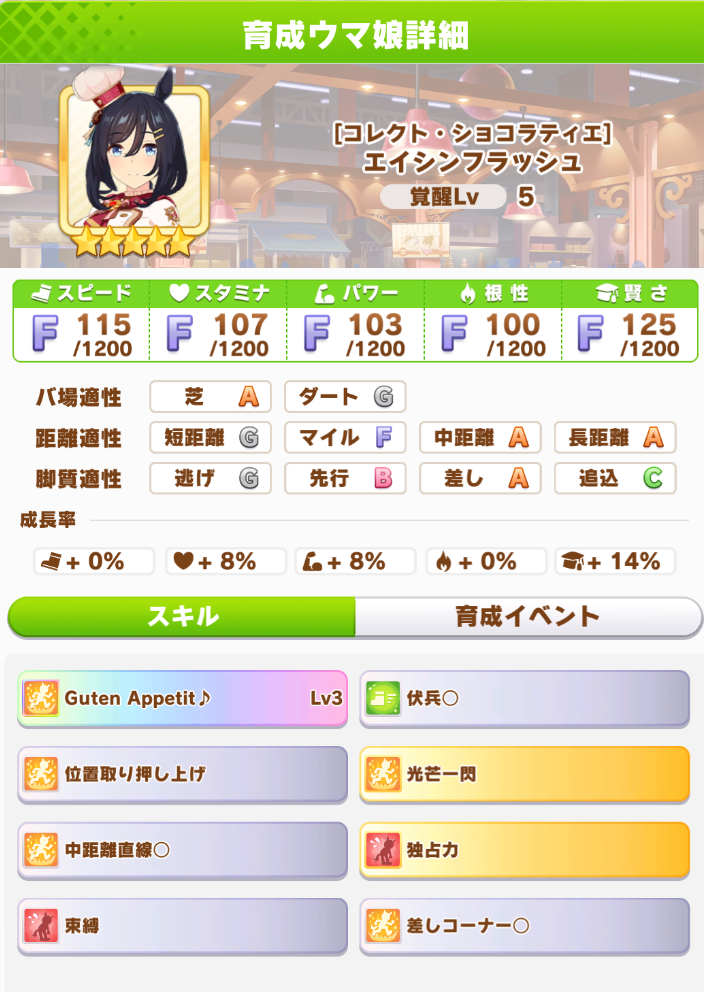 Comparatively, Valentine Eishin Flash looks a lot less exciting on paper, beyond just being a pretty decent betweener. As far as abilities go, there does not appear to be anything that is out of the ordinary, although those training bonuses are pretty nice. She is a step up from her vanilla version at least, so if you do not already have her and want a version of her regardless, the Valentine one might be alright. Not a must have, but since you are going to want to roll for Mihono Bourbon anyway, you might just get spooked either way.

Prodigy’s Prototype Brings The Joy of Mecha to MtG In Kamigawa: Neon Dynasty

Prodigy's Prototype Brings The Joy of Mecha to MtG In Kamigawa: Neon Dynasty