Besides that, Jake also elaborated more on certain details of the game, which is set to release on October 7, 2022 on PS4, PS5, Xbox One, Xbox Series X | S and PC via Steam and Epic Games Store. A Switch version of the game will release later in the future.

GamerBraves: Since Lilith can convert even heroes to her side, how would does be reflected in terms of gameplay? Would it be possible to lose your party members to Lilith midway through the game, and could we get them back?

Jake Solomon: Lilith’s ability to turn heroes and villains with a single touch is definitely one of the things that is most dangerous about her. We don’t have it where you’re constantly losing heroes to Lilith and needing to convert them back throughout the game; instead, you’ll see this play out as part of the story and narrative in Marvel’s Midnight Suns.

GamerBraves: The Switch logo was notably missing from the trailer. Is the Switch release of the game affected?

Jake Solomon: Yeah, it was mentioned as part of all the news on Thursday. Our Switch launch is being pushed back – we’ll have more to share on this in the future. GamerBraves: We know that building relationships with the heroes results in them getting stronger, but would there be any consequences if they were to dislike you?

Jake Solomon: Yes, in the sense that not building Friendship with heroes means you aren’t getting all of the amazing passive bonuses that you could unlock. Those sweet black and gold suits you’ve been seeing in our trailers is something that you can also only get if you reach max Friendship – and they come with that character’s Midnight Sun ability, which is their most powerful ability in the game. GamerBraves: When it comes to party composition, could you share more on how heroes interact with each other in a battle? For example, would Spider-Man and Iron-Man have access to tag team attacks?

Jake Solomon: So we have individual Friendship between The Hunter and the heroes, and also something called Team Friendship that you increase as you become closer to all the heroes. Early on, you’ll unlock Combo abilities that have you teaming up with your fellow heroes for an awesome badass takedown, and part of the fun of Midnight Suns is finding the right combination of abilities and heroes that you can combine and synergize with to really take out as many opponents or deal as much damage as possible. Not to mention The Hunter has the most options at their feet, so if you wanted a dream squad of Spider-Man, Iron Man and The Hunter – there’s plenty of ways to make it work, whether it’s focusing on one individual hero and having the rest to support or spreading everything out so that everyone is dishing out equal damage. 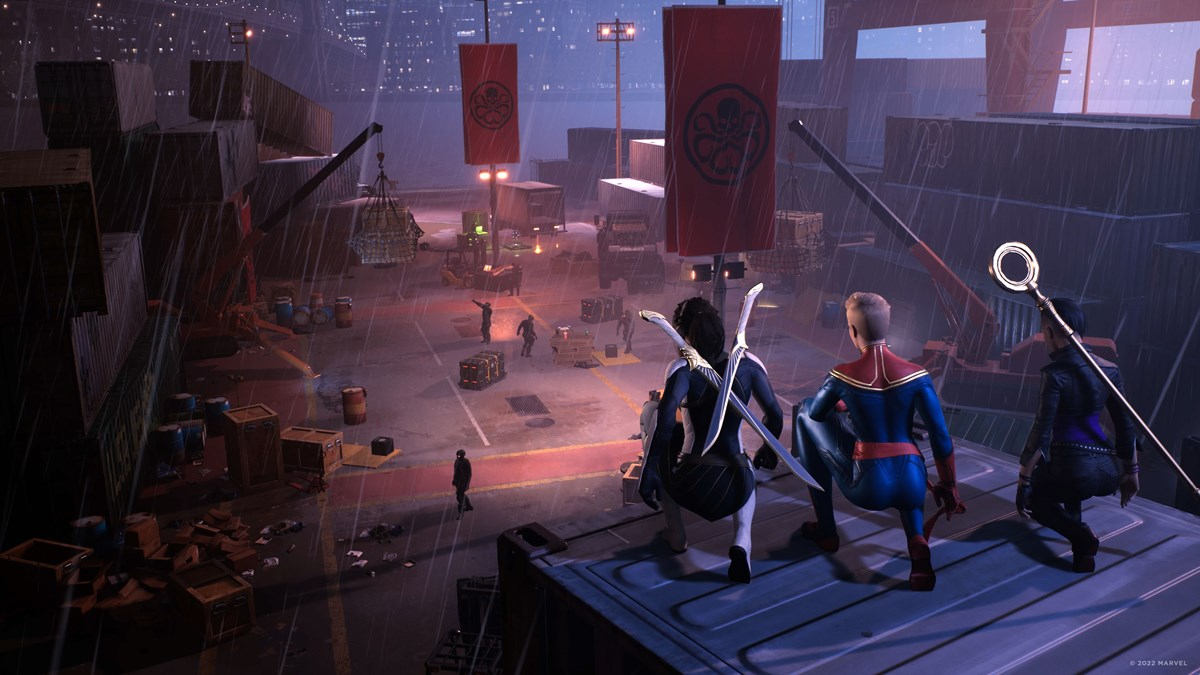 GamerBraves: For a player insert, the Hunter has a lot of depth and backstory to them. How do you balance the character’s lore while giving enough room for players to project themselves towards the character?

Jake Solomon: If The Hunter is supposed to lead these legends like Iron Man, Captain America and Blade, they needed to be someone who the rest of the heroes can look up to for leadership and that also includes giving them a more defined personality than a completely blank slate. But it’s as you said, we needed to make sure that there was still room for player’s to make their Hunter feel completely unique to them – which is why customization for The Hunter is so vast and we make our dialogue systems result in things like Dark and Light alignment, or to build Friendship with individual heroes. That’s a long way of saying that we wanted to make sure The Hunter could stand on their own while still providing plenty for players to change and tweak as they pleased. GamerBraves: One cool aspect that we really love about Marvel’s Midnight Suns is how the heroes chill and interact with each other in the Abbey, with a “Saturday Morning Cartoon” kind of feel to them. How is it like coming up with laidback, less serious dialogue that’s not seen that often in other Marvel games?

Jake Solomon: Being able to wake up, say hi to Captain Marvel, relax with Magik – essentially living among the heroes was an absolute priority for us and something we wanted in the game right from the start. And you’re right, the tone of our story is really inspired by the comics, which results in that “Saturday Morning Cartoon” feel. I’ve said this before, but we know have kind of an end times-type story which can feel pretty grim – and for us, the darker the story, the more light-hearted the jokes have to be. We deal with serious storylines and themes and we treat those with respect, but we aren’t trying to make the world’s most serious and dark game. GamerBraves: What kind of DLCs can players expect once the game is out, if any? Would it purely be characters, like what we see in Civilization 6, or would there be new modes or campaigns like XCOM 2: War of the Chosen?

Jake Solomon: We’ve shared that we’ll have a Season Pass for Marvel’s Midnight Suns, which will bring four new characters, each with story DLC after launch.

That’s pretty much it for this interview. Thanks so much, Jake and Firaxis Games for the enlightening answers!

While waiting for Marvel’s Midnight Suns to release and unlock those sweet suits, you can check out our previous interview with Jake here.