It’s time for SINoALICE players to send their girls off to fight each other again, this time in the 6th Gran Colosseum event. Guilds from all around the world compete to determine which one truly stands at the top.

▼Entry▼
Guild masters or sub masters can enter from a special in-game page.
Get infinity weapons and a half-nightmare class!#SINoALICEGlobal #Grancolosseum pic.twitter.com/bf9HSkuRiS

After the entry period, the 6th Gran Colosseum officially begins. From 17th January to 23rd January, the preliminary rounds will take place, weeding out the weaker guilds from the competition. The finals will start on 24th January. There, the strongest guilds in their respective servers will settle who is the strongest once and for all.

What makes this competition different from the 5th Gran Colosseum are the Pre-Server Integration Special Gran Colosseum Rewards. These include higher rank rewards and unique titles. Also, all players will receive upgrade materials containing the names of the top guilds.

In addition, the usual win and skirmish bonuses are returning. Participating in the event nets players Gran points, which are exchangeable for lucrative rewards. Amongst them include: 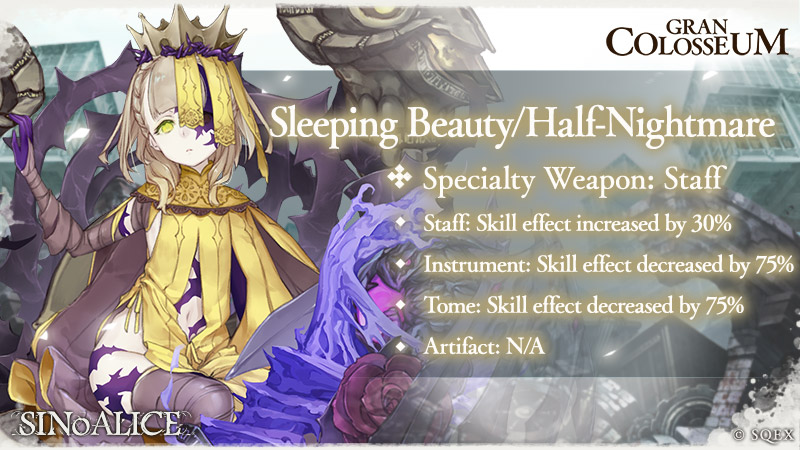 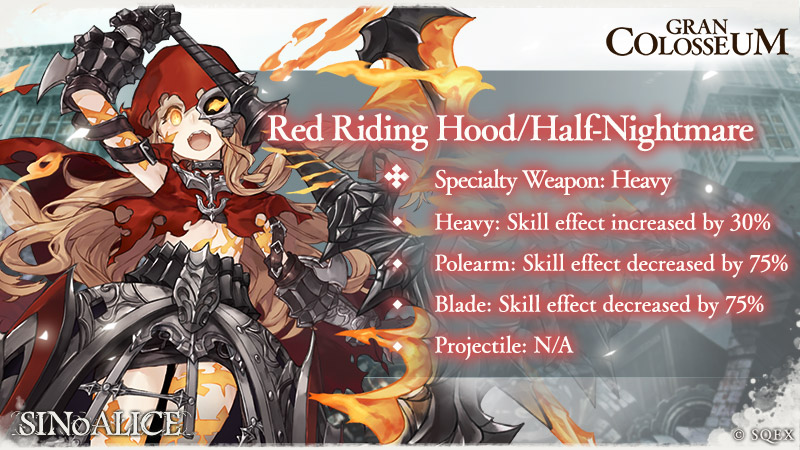 Half-Nightmare versions of Sleeping Beauty and Red Riding Hood are the prizes to look out for. Half-Nightmare characters provide tremendous bonuses to their specialised weapon, but at the cost of much lower effectiveness of other weapons.

Also, Infinity Weapons are up for grabs:

The Infinity weapons feature a strong stat line coupled with a greater increase in skill effectiveness with each evolution. In exchange, they have a higher SP cost.

All the best in the 6th Gran Colosseum!