In this latest review, we’re gonna shake things up a bit by putting down the controllers and taking a look at Prehistoric Planet – the new dinosaur documentary coming to Apple TV+.

Look man, dinosaurs are cool- in the early 2000s a young boy would a special present: VCDs of the original Walking With Dinosaurs, which featured state of the art visuals, evidence based science and presented the extinct animals as, well, animals. Sure it had some Jurassic Park-chasing bits in it- most dinosaur media does even today. But Walking With Dinosaurs captured that young boy’s imagination in a way no other piece of dinosaur media had, or ever would.

At least, until 20 years later when he had to write a review for Prehistoric Planet. It’s hard to be impartial- this is a subject matter I care a lot about. Even prior to its announcement, I’d followed several of the scientists working on the project on Twitter, such as Dr. Darren Naish. Biases in-hand though, Prehistoric Planet could very well be the rightful heir to Walking With Dinosaurs in the dinosaur documentary gold standard. 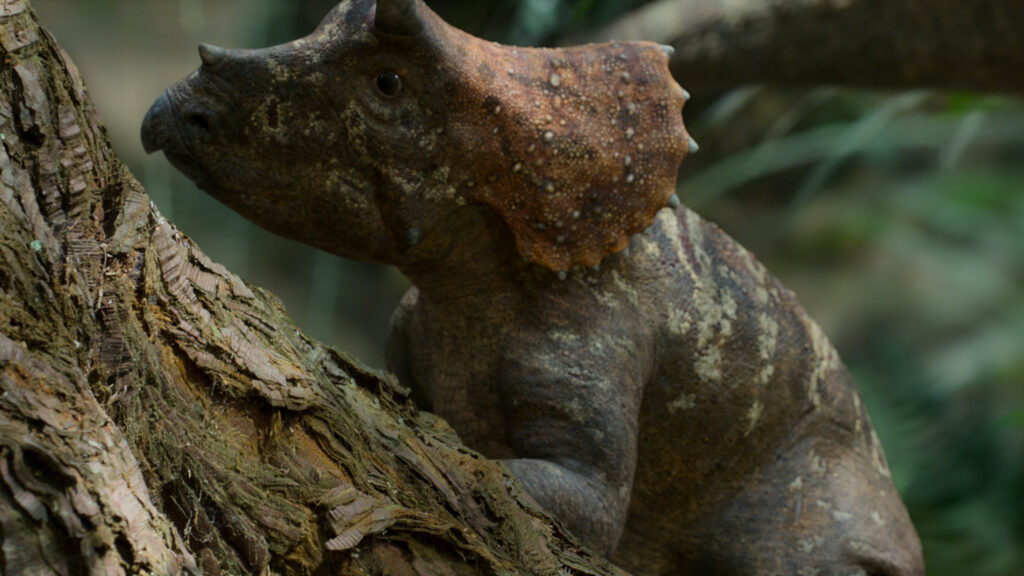 A Chill Time In The Prehistoric

Possibly my favorite thing about Prehistoric Planet is just how, well, chill it is. It’s done in the same style of old nature documentaries, complete with narration by Sir David Attenborough. There’s none of that pointless overdramatization that you see on Animal Planet nowadays- instead, Sir David feels like that warm and friendly safari guide respectfully taking you through different prehistoric biomes in this 5-part series.

A lot of credit has to be given to the direction of Prehistoric Planet, and I intend to give It in this review. Sir David very masterfully weaves  between being informative about species of dinosaurs in general, as well as telling small stories following individual members of that speices. He takes care not to over anthropomorphise- and there’s never something unrealistically dramatic happening on screen either. It’s just animals being animals, which sometimes means predation and sometimes means looking like a female to have a better chance to get laid without fighting a gigachad pterosaur. There’s a healthy amount of speculation here too- speculation is literally unavoidable when most dinosaurs are little more than a pile of bones, or whatever mess people have decided to call the latest interpretation of Spinosaurus.

However, to Prehistoric Planet’s credit, speculative bits are presented really well- anything fossil evidence backing it up is presented as such- it really makes learning about dinosaurs accessible since not only is Sir David feeding you new information, but he’s given you the recipe to find out more and possibly get yourself into the field of coming up with the next big speculation.

They Had Feathers, You Coward

One benefit of Prehistoric Planet being as science-first as it is the fact that we’ve got some pretty good-looking reconstructions of extinct dinosaurs. It’s not like it’s entirely new, games like Prehistoric Kingdom and Saurian have long been part of the push to get people looking at more up-to-date interpretations of our favorite reptiles. But Prehistoric Planet has the benefit of being louder and prouder- especially since it’s not a game, it’s a documentary.

From the chubby T.Rex to the murder turkey Velociraptor, it’s great to see commitment to seeing designs based on what we currently know, not necessarily what audiences think is “correct”. They don’t just look like someone’s glued parrot feathers to a bipedal crocodile , they’re designed to genuinely look good with the information we have. It’s not just being pedantic about feathers, either. There’s a lot of neat behaviors you get to see dinosaurs engage in in Prehistoric Planet. T.Rex doesn’t just go on murderous rampages- you get to watch it take care of kids, pick up lady T.Rexes and more. This isn’t the pseudo dragon kicking over a jeep in Jurassic Park- it’s a living animal, and the documentary goes to great lengths to hammer that home.

In fact the closest thing to a monster in the whole documentary is basically a mosquito. I won’t spoil it- but as someone who lives in the tropics I’ve never had my hatred for bugs more validated than I have with this documentary.

A Walk To Remember

Suffice to say, I really enjoyed my time with Prehistoric Planet. It captured my imagination in much the same way that Walking With Dinosaurs did- but also catered to a lot of my more modern needs by being a nice, chill documentary about some really cool animals whose closest living relative goes great with coleslaw and 11 herbs and spices.

My own personal tastes aside, it’s a top-tier documentary- seriously, I’d take one series like Prehistoric Planet over fifty “murdersaurus”-type documentary. Even if you’re not a lifelong dinosaur fan contemplating getting a tattoo of Mary Anning, this is a great series for anyone looking for something new to watch- if nothing else, take a shot at having your own imagination consumed like it was a giant sea turtle on a prehistoric beast. 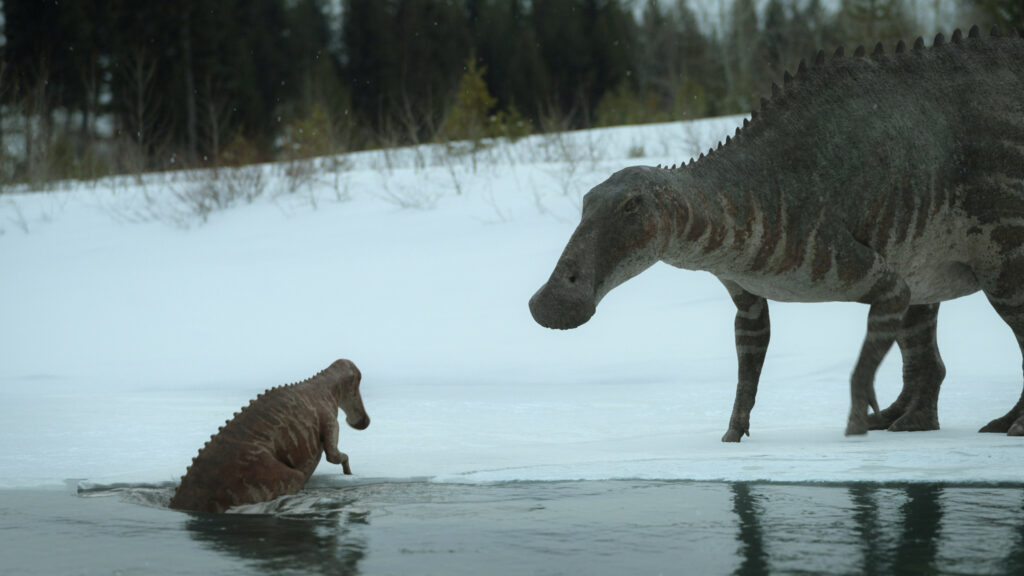 That’s not to say it’s not without its flaws, many of which are endemic to anything dinosaur related. For one, if you’re watching with children, be prepared for what can only be described as a barrage of latin. While some dinosaur names like T.Rex are obvious, there’s plenty more that any parent might be confused over, what more a kid. Did you guess how to spell Deinocheirus? Yeah, I thought so.

For the more hardcore dinosaur fan, there is the obvious Cretaceous bias. Look, I don’t blame them- the Cretaceous period is basically when all the coolest dinosaurs existed. But as someone who grew up in an age of historical inaccuracy it kinda stings to see a cool dinosaur documentary with no Stegosaurus in sight. It should be an unspoken rule- one sauropod, one triceratops, one theropod and one stegosaur. If it worked for the dinobots, it’ll work anywhere.

Still, Prehistoric Planet has a very clear objective- to get you interested in dinosaurs in much the same way the scientists who devote their lives to them do. Whether you want to start down the path of wikidiving research papers and paleontological internet fights or just want to chill with a loved one wondering if a pterosaur is capable of finding love, you’re sure to find something you like in Prehistoric Planet.

Just be careful of hell mosquitoes. Prehistoric Planet is available on Apple TV+ from May 23rd, which can be bought separately or as part of the Apple One subscription.