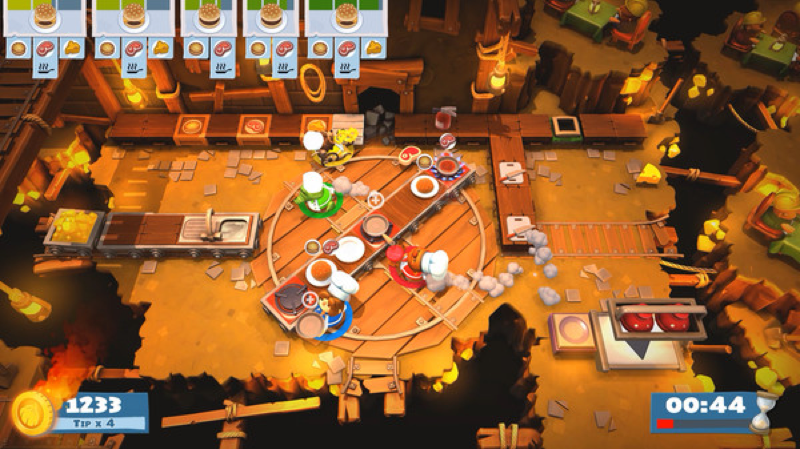 Being a prequel to the first game, Overcooked 2 is a coop cooking game where players will team up as 4 and work together to prepare and cook orders in absurd restaurants. The Moon Harvest update is in celebration of the annual Mid Autumn festival which is also known as the Mooncake Festival and is celebrated across China and other East Asian countries. In this update, Kevin the Dog and Onion King welcoming the season of fall with a whole new recipe being Mooncakes. According to the trailer, it shows three different variations of mooncakes and adding a bunch of new levels as well as adding in a new hazardous obstacle in the form of lilypads.

The definite edition of Overcooked, “Overcooked! All You Can Eat” for PlayStation 5 and Xbox Series platforms which are due this holiday, will also be having this Moon Harvest Update in both of the versions so fans won’t have to worry about not being able to try out this Overcooked Moon Harvest Festival.

Overcooked 2 is available now for PlayStation 5, Xbox One, Nintendo Switch, and PC via Steam.

Give us some support by subscribing to our Youtube Channel !
Tags: Free UpdateMid Autumn FestivalOvercooked! 2
ShareTweetShareSend
Previous Post

Dragon Quest: The Adventure of Dai – Spirit Bonds – to launch 2021

Dragon Quest: The Adventure of Dai - Spirit Bonds - to launch 2021